Message Bus also releases a new product, offering insights and data into how e-mails are performing

or most of us, sending out, and receiving, maybe 50 e-mails a day is more than enough. Not so for big companies, who might send out thousands of messages per day, and who have made e-mail marketing a viral component for their network. Dealing with that many e-mails will, of course, cause problems, including oversaturation, becoming blacklisted or banned and even knowing if anyone is reading the messages that are being sent out!

That is where Message Bus comes in. A cloud-based service to power messaging across email and mobile, the company is launching a new product on Wednesday that will introduce new components to the platform, as well as new funding round.

First, the new funding: the company announced that it has closed $4 million in funding, in a round led by previous investor True Ventures, with other previous investors North Bridge Venture Partners and Ignition Partners also participating.

Message Bus had previously raised $14 million, including an $11 million round in October 2012, bringing its total raised to $18 million. The new funding will be used to increase the company's marketing capabilities, Paul Midgen, CEO of Message Bus, told me in an interview.

"We've done a lot of work beforehand with organic sales, but now we want to go out with our story to drive customer growth," he said. That means hiring someone to head up the marketing department. The company also hired a new director of sales last month.

Founded in 2010, the San Francisco-based Message Bus provides a hosted e-mail service that solves the problems that companies face when serving up large volumes of e-mail, making it simpler and easier for them.

In conjunction with the new money, Message Bus also announced that it is launching a new product on Wednesday, one that will give customers greater insights and data into how their e-mails are performing after they are sent.

"The first generation of the product was about not needing an e-mail specialist," said Midgen. "The second is able being able to look at data to improve how e-mails are sent."

For example, one of the clients for the new product is About.me, a hosting service for personal profiles. E-mail is the primary way that the company grows its user base, Midgen explained. If someone compliments someone else's profile, it sends a messages to the other person. The problem is, though, that they were having poor delivery of those e-mails, and they had zero insight into how those e-mails were performing.

By using Message Bus, the company was able to structure their e-mail program so that they could know what happens with every e-mail, including the delivery rate to inbox vs spam folder, and they could also know which users they were engaging.

By offering the service that sends out that data to clients, Midgen said, it is separating itself from the competition.

"That segmentation of the data  is unique, and can only be found in products way above us," he said, including enterprise SaaS companies. "We are where the low level platform needs to go without having the enterprise SaaS price tag."

The company also separates itself in how its customers pay: Message Bus does not bill on a per message, or cost per message, basis.

"That creates a perverse incentive. In order for us to make more money, customers have to send more email, but they will do that anyway. And we want to avoid oversending, which makes the value of the message drop off."

On the low end, a clients sending one million messages a month with pay $350, while a client on the high end, sending out 20 million e-mails a month, will pay around $2,000.

Overall, there are 20 companies already using the new product, including DocuSign, Iterable, LinkedIn, Medium and MyFitnessPal.

Message Bus provides a cloud-native application service for enabling and powering messaging across email and mobile channels, helping to ensure deliverability of critical communications, transactional messages, and marketing messages. The company removes the burden and cost of deploying multiple messaging servers with a service available via SMTP or through a programmatic API. Market leading companies rely on Message Bus to manage the trust relationship between senders and recipients, increasing their message deliverability rates and revenues. Key benefits include lower cost to market, compliance to industry regulations, and protecting brand reputation. 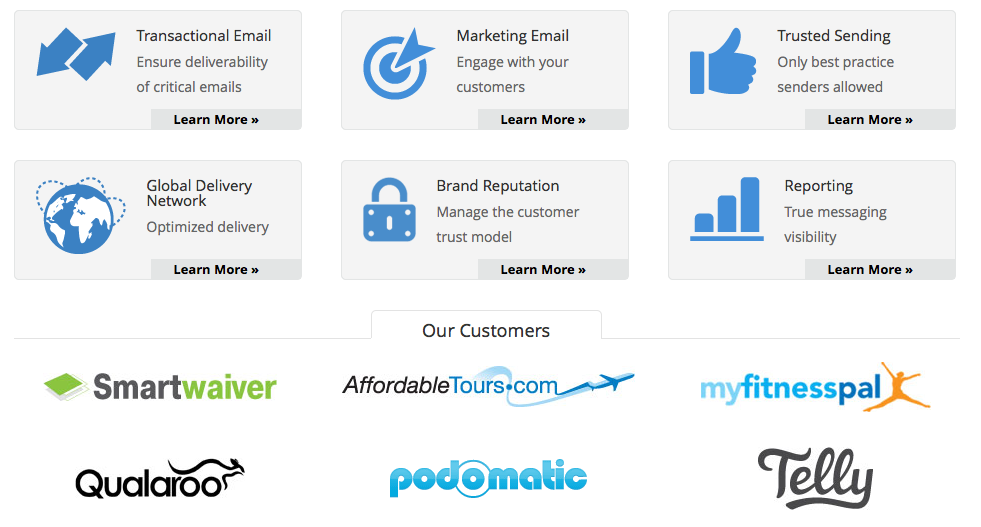