Unlike other startups picked up by Yahoo, Lexity will continue to operate but under the Yahoo brand 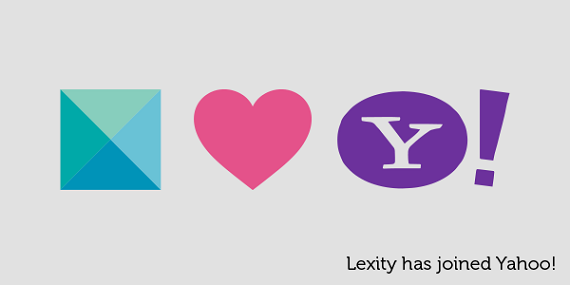 Yahoo's shopping spree continued Wednesday, as it picked up its 20th purchase in less than a year.

This time it was commerce app platform Lexity that will be joining Yahoo. And, unlike many of the other start ups that have been themselves gobbled up since Marissa Mayer became CEO last year, Lexity will not be shutting down.

"Today, we are excited to join forces with Yahoo! and to continue building on our vision. Together, we are committed to doing whatever it takes to help make small businesses even more successful," Lexity CEO Amit Kumar wrote in a blog post announcing the news on Wednesday.

Still, while Lexity will continue to operate, it will also be adopting Yahoo branding over the next few months. The company says it has no plans to change its pricing structure based on the acquisition, and  that customers should not expect to see any immediate changes to their apps.

"We constantly add new apps, improve existing apps, and occasionally sunset apps depending on business priorities - but rest assured, joining Yahoo! will only give us more resources to improve our services for users and developers," the company said on the FAQ section of its website.

"We will continue to support the current platform, the Lexity Live app, existing customers, and third party apps and developers. In the near future, we plan to integrate the service with the Yahoo! Small Business offering," a Yahoo spokesperson told VatorNews.

Founded four years ago to the day, Lexity is an e-commerce company that helps small businesses strengthen their online stores by providing them with a gallery of apps that they can purchase for a montly fee. These apps are designed to assist them with everything from marketing needs to improve their sales.

For example, some apps for purchase include Lexity Live, which allows businesses to track their customers in real time, get actionable insights on their business, and see historical trends for their store traffic; Facebook Live Store, which lets them get their products listed in Facebook to drive social engagement and traffic; Google Shopping, which get their products listed on Google Shopping; and Olark, which allows them to live chat with their customers for sales and support.

The company says it supports millions of merchants hosted on all commerce platforms including Magento, Etsy, Ebay, Yahoo!, BigCommerce and Shopify. It also serve tens of thousands of customers across 114 countries.

Lexity, which was originally called Vurve, has raised $5.7 million in funding, including a $4.5 million Series A in March 2011 from Spark Capital, with participation from Dave McClure and True Ventures.

It should also be noted that Kumar has a long history with Yahoo, having worked there, first as an engineer manager of Web search for over two years, then as Director of product management for Yahoo Search for another year.

The news that Yahoo looking to buy Lexity was first reported by AllThingsD last week.

Yahoo has now made 20 purchases since October.

The first one was Stamped, the Justin Bieber-backed mobile app that lets users “stamp” and share their favorite restaurants, movies, books, and music, which was purchased in October; and OnTheAir, a video chat service that can be used for casual hangouts or to organize largish webinars.