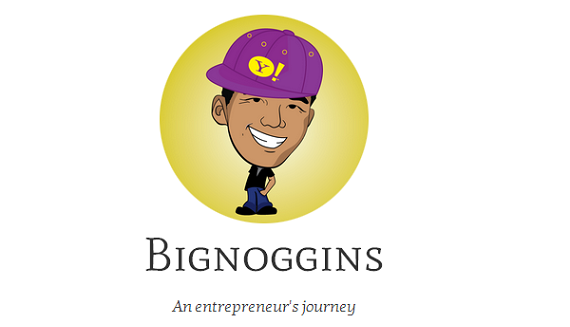 Over the years I have been involved with some fantasy sports leagues, mostly baseball and always on Yahoo. I recently stopped playing, though, for a couple of reasons. First of all, fantasy baseball really does require you to be on top of it every day, and there just isn't as much time for that once you, you know, have a job and a life.

But secondly, and more importantly, it was just too hard to play on mobile. I would have to try to use Yahoo's mobile webpage and it seriously was not worth it after a while. I was on the go too much, and so I just quit.

Yahoo seems to have finally understood this, and has now begun to fix this problem. First the company updated the existing Yahoo Sport app earlier this month, and has now gone and acquired fantasy sports app Bignoggins to give the app some updated features.

The news was revealed in a blog post from Bignoggins founder Jerry Shen on Monday.

"After many years as a free agent, I’d like to officially announce that Yahoo! has picked me up off waivers. I’m excited to join a team of all-stars to take fantasy sports to the next level. I’ve been playing Yahoo! Fantasy  since high school, and have wanted to work here since college, so this is really a dream come true for me," Shen wrote.

No financial terms of the deal were disclosed, but Shen noted that Bignoggins features will be integrated into Yahoo sports.

"The great news is that the technology driving those apps will be integrated into Yahoo’s own offerings. So you’ll be able to enjoy all the features you’ve grown to love, such as mock and live drafts from your mobile device," said Shen.

On the About Me section of the Bignoggins site, Shen revealed that the company never taken any outside funding, or added any full time employees. Most of the work on Bignoggins was done while traveling around the world with his wife, he revealed, and all of this is even most astounding when you realize how successful he made Bignoggins, basically all by himself.

"The app I created eventually became the #1 paid sports app on iTunes with over a million downloads," said Shen.

A Yahoo spokesperson issued the following statement to VatorNews regarding the purchase: "We have acquired Bignoggins Productions, which delivers a great mobile fantasy app that lets users manage all of their football, basketball, baseball and hockey fantasy teams from their smartphones. Yahoo! will integrate the Bignoggins technology into our Yahoo! Fantasy experience over the coming months."

With the purchase of Bignoggins that makes a full 12 startups that the company has acquired in the last nine months. And there is two common themes running through them: first, they all expand Yahoo's offering on mobile. Second, they are almost all acqui-hires, so these aren't real acquisitions as much as giving people new jobs.

Most recently the company scooped up free conference call service Rondee in June.

Check out the video where Shen parodies Lebron James' infamous The Decision special, where he announced he was joining the Miami Heat (not exactly the most timely reference but sports fans will still dig it):