What does Index look to invest in? Does Path compete with Facebook? 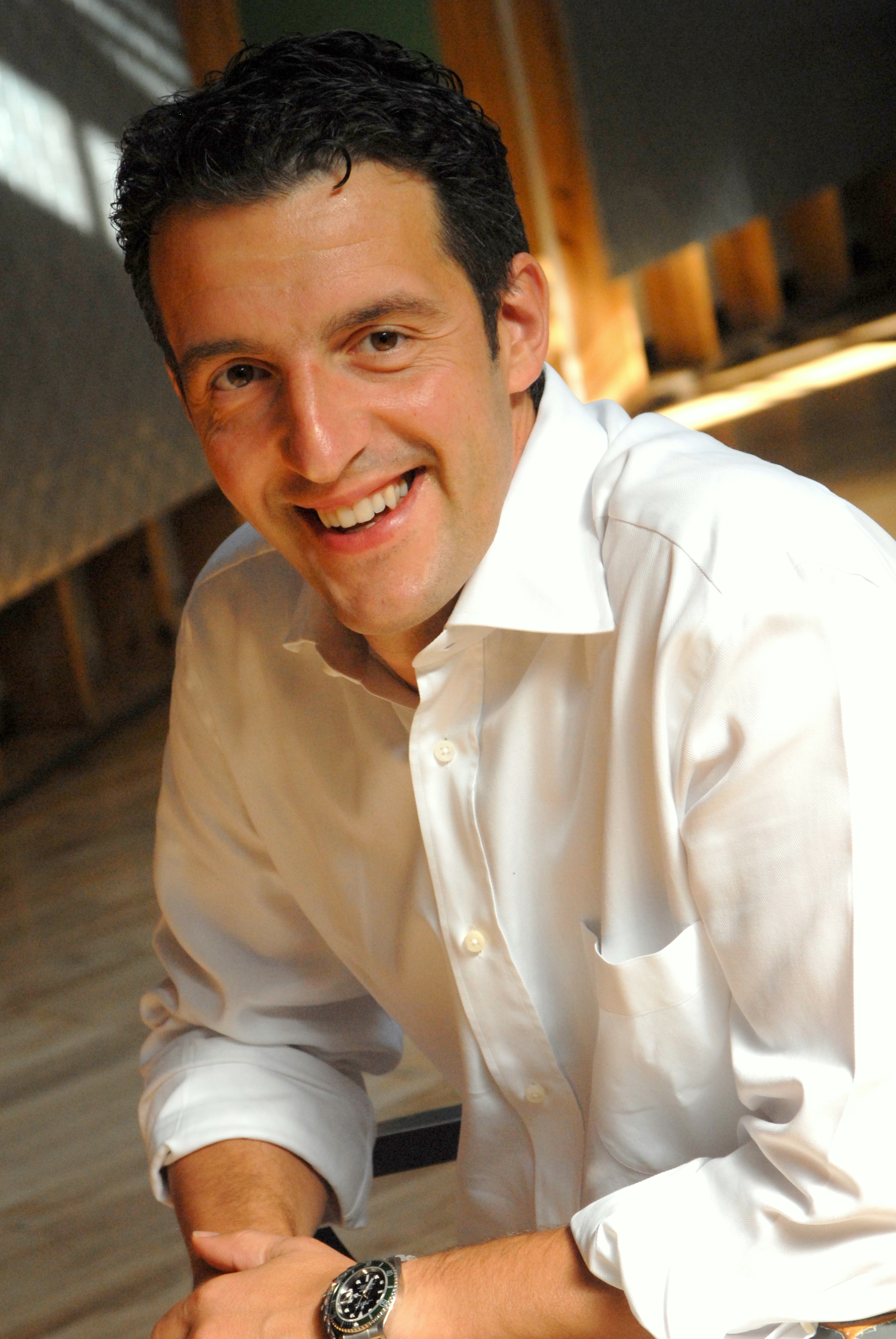 Index Ventures recently announced that it raised its sixth fund, called Index VI. The global VC firm, which focuses mainly on early-stage and seed financings, has invested in notable companies, such as Flipboard, Etsy, Skype, Playfish, MySQL (sold for $1 billion to Sun Microsystems, before Sun was acquired by Oracle), Lastfm, and Facebook, which recently went public.

I caught up with Mike Volpi, one of the partners at the august firm. Volpi, who joined Index in 2009, is on the board of Path, the popular mobile social network, Sonos, Lookout, Hortonworks, Soundcloud, Big Switch Networks, Zuora, Foodily and Storsimple. Volpi also spent some time at Cisco, where he led corporate strategy and 70 investments.

Here's my interview with him (slightly edited).

Q: You just raised $442 million to target early-stage companies. Are these seed or Series A-type of investments?

Volpi: Our focus with this new fund will be on seed and early-stage venture, investing amounts ranging from $50,000 seed to $15 million venture, depending on the needs of the business. From the last fund, we invested in 40 seed companies. [Index makes about 10 seed investments a year, averaging between $200,000 and $300,000 per investment.]

Q: Have you made any investments out of Index Vi fund yet?

Volpi: We just started [working through] this fund.

Q: What percent of those funds will be invested in European-based start-ups?

Volpi: We don’t put a strick guideline [on investments]. But about 60% of funds will be invested in Europe and the remainder invested in the West Coast and NY. Generally, we're a pan-European firm and we'll invest anywhere in Europe. There are centers of focus, such as London, Berlin, Stockholm and Tel Aviv. But we've also invested [in start-ups] in Portugal, France, Italy and Holland.

Q: How many start-ups will you be investing in a year? How much do you typically invest?

Volpi: Out of our fund, we'll invest somewhere between 35 and 50 companies. Then there's an additional 30 companies we'll invest in a seed round. Each partner does no more than five or six investments per venture fund. On the seed side, we have two partners dedicated to those investments. And, since the amount of money is much smaller, we can invest more in them."

Q: How are valuations in the Series A/B rounds these days?

Volpi: Valuations were lower in 2009. They're a bit higher today. But these days, there’s a lot of variability. The best companies can commence an epic valuation.

Q: Like Path? Would you consider its valuation epic?

Volpi: No comment. It had a solid valuation. (Index participated by investing its pro rata amount. The firm, which invested twice in Path, did not lead the latest round).

Q: You're on the board of Path. Do you use it daily and how do you use it?

Volpi: For sure. I use it daily. I actually just checked on my Path. And, I have 2000 moments. I use all different media types. I have 2109 moments in two years, like adding photos, thoughts and videos. I also use the Nike+ Fuelband when I go running.

Q: How many friends do you have and do you think it'll be extended beyond 150 at some point?

Volpi: It looks like I have 79 friends. The current cap is 150. I actually use it fairly judiciously. You don’t come up with 2000 moments casually. And, we don’t get a request at Path to incrase that number from 150. People seem to be operating just fine.

Q: Index made a seed investment in Path back in 2010. How has the company evolved?

Volpi:  They called it Path, because it was a place to share the path of your life. Photos are an important element of how people share their lives. It was intended to be a mobile social network to generally share their paths. The current embodiment of the product represents the original vision. Turning a product that is a digital representation of their vision is complicated.

Q: What is Path's relationship with Facebook? Do you see their services as complementary?

Volpi: We’re trying to achieve something different. Path is a mobile first or mobile only application. Designed for intimate groups and sharing. We know people use multiple social networks for multiple purposes. Just as those different social networks co-exist, we think Path has a place in the universe for close friends.

Q: What's your area of interest? What are some of the trends and themse you're investing in this year?

Volpi: I spend a fair bit of my time on enterprise and infrastructure. I do big data and cloud and software as a service, networking communications. It's more than half of what I spend my time on. My participation, in many cases, has a lot to do with relationships with entrepreneurs. For instance, with Path, I had known Dave [Morin - founder and CEO of the photo and life-sharing mobile app] from a few years back. I had gotten to know him and like him. I'm also interested in mobile. I have Soundcloud (social music), Lookout (Mobile security) and Sonos (consumer electronics). (Volpi is on the board of all three companies).

Q: What investments have you made this year?

Volpi: It’s been a bit of a slow year. But there's lots of interesting areas.

Q: What are those areas?

Volpi: To be honest with you, we have general themes we think are important. On the enterprise side: cloud, big data. On the consumer side: social media, games, commerce (fashion-related businesses). We are aware of those themes and look for the right combination and right team and right market. We have a loose sense of the most interesting sectors of the market today.

Q: Talk a little more about social commerce and why you're interested in fashion. We see a lot of fashion aggregators, marketplaces, consierge-like plays. Which models do you like?

Volpi: if you roll the tape back five or six years ago, most companies tthat sold products were aggregators. They’d take other people’s clothings or items and aggregate them and then sell them. Most of these e-commerce sites were aggregators. Most of what we’re seeing today are companies building their own brand. For instance, Asos has ben extremeley successful. It's valued at $2 billion. (Asos, founded in 2000, is an Index portfolio company. It is an online fashion retailer which sells its own private label as well as hundreds of brands). Nasty Gal is another company that's built a brand online. We’ve seen other firms building brands, such as Bonobos. These companies started from nowhere and created an Internet brand. That’s a big change [in fashion]. Once you can build a brand online, you’re opening a new avenue. You’re global from day No. 1.

Q: In Europe, VCs have a tougher time raising their own funds. Venture capitalists in Europe raised $3 billion across 41 funds in 2011, a drop of 20% in the number of funds attracting new capital and an 11% decline in the amount of capital raised compared to the prior year. How's the venture landscape in the US vs. Europe?

Volpi: in US, there’s a lot of VCs. You have to be more quick in your action than in Europe. Things happen more quickly in the US. You have to be decisive. It’s competitive and you have to work hard to establish great relationships with entrepreneurs. You have to work hard at your job.  In the US, particularly in the West Coast, entrepreneurs are sophisticated and have a fantastic ecosystem (advisors/other entrpreneurs/lawyers/seed investors). There's a big network and a lot of know-how. in Europe, entrepreneurs have a lot less support. City like London, it’s rare to be an entrepreneur. Companies take a little more time to bake and VCs spend more time with the entrepreneurs. As the VC, you have to be a little more nurturing and thoughtful. This environment has also afforded us the time to look at things at a little longer pace. The style of investing is a little different based on geography. Our firm benefits from having a presence in both geographices, but while there are similarities in investing styles, there are differences.

Q: What's happening in the venture landscape? With the rise of accelerator programs, new angels (Facebook, LinkedIn, Zynga millionaires), and the prospects of the jOBS Act, we could see a lot more capital going into venture. Does this concern you and how does this change the way you do business?

Volpi:  There is certainly a lot of fuhnding that’s available in the US. I don’t know if the JOBS Act will have any impact. The advent of seed funds has provided a lot of capital. But there's a difference between what we do [and crowdsourced funds]. The crowd doesn’t help the entrepreneur recruit people, or get noticed in the press. There's no knowledge of business development relationships. A good VC should be able to provide more than capital.

Q: Can VCs do better if crowdfunding possibly unleases a lot of new capital? VCs (in aggregate) haven't exactly been able to beat the stock market with the current amount of money going into venture.

Volpi: If you look at the history of the venture industry, the returns have been concentrated in a small number of top performers. I don’t see it any different than it was. You’ll see concentration in the top firms. Yes, VCs have not returned particularly well. It’ll be the same over the next 10 years. It’ll be a tough road. [On top of this], entrepreneurs are smarter. About 15 years ago, investors held much more of the knowledge. if you think of how the pie gets cut, more is in favor of the entrepreneurs. But there’s plenty of returns going round.

Q: Do you think you can work with crowd-funding platforms?

Volpi: We could certainly use funding portals for seed-stage investments. And, crowd-funded start-up would be perfectly welcome in our portfolio. For example, from the last fund, we invested in Funding Circle, an online marketplace based on a crowd-funding model where people lend to businesses.

Q: With the IPO onramp provision, do you think we'll see more IPOs next year?

Volpi: You try to build these businesses to being great ones where the public offering is a milestone they cross. But an IPO is not the end all, be all goal. If we have a great business, and public markets are acceptable, when companies are ready, they can go public.  I wouldn’t say the JOBS Act IPO onramp provision has changed our stance.