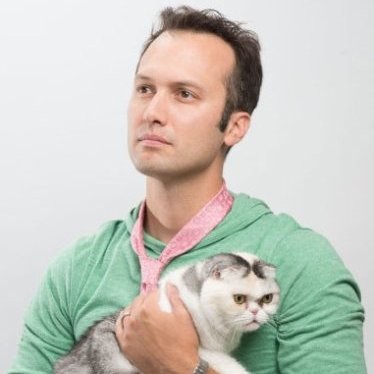 How did homeschooling offer you an advantage as an entrepreneur?

Dan: It was clear early on that I wasn’t fit for traditional schooling. I learned how to work the system — I qualified as a top reader without being able to read a single word. I was piecing together the images with other answers to create the story. But I was also a top test taker. It confused my teachers, but my parents knew what was up right away: I’ll only do something if and when I want to.

This was an early expression of what I would later embrace more fully: learn what you need because forcing yourself to learn something you’re not interested in is a waste of time.

I think this mentality served me well as an entrepreneur. I am very nimble to gaining the knowledge I need when I need it. I am comfortable with the fluidity of life and business. Entrepreneurship is about finding solutions to challenges in real time; as they occur or even — better before they occur. It’s about being flexible and gathering information, resources, and knowledge quickly. It’s this view of the world that has helped me find and acquire companies that had the highest potential for success. I made the changes no one else saw to make.

What inspired you to start acquiring companies? What types of companies were most intriguing to you?

Dan: No child really sets their sights on a career as an entrepreneur. Everyone wants to be president, an astronaut, or a legendary athlete, and I was the same way. I specifically wanted to be a movie star, but I wasn’t really interested in learning to be a good actor (not that that’s ever held anyone back!). The truth is that if you don’t want to do the learning, it means you don’t want the outcome of that learning.

I was very interested in business, computers, and the internet, however. I ended up building an internet company in the late 90s that generated millions of page views per day from hundreds of thousands of unique visitors. I created something from nothing and I loved it. I eventually sold my business to a NASDAQ-traded company at age 19 and wondered what to do with my profits. I enjoyed scaling the company and wondered if I could do the same with others that I didn’t start from scratch. I bought eight companies between 2003 and 2013 to give it a try, and with a focus on process automation through the implementation of new technology, I was able to double and triple value in nearly all cases. (One of the businesses I bought got caught in an unrelated market shift. Although process-wise it was a win, top-line revenue dropped while we owned it, so overall the deal wasn’t great. Haha.)

The companies I acquired during this time weren’t from any particular industry. I focused on other factors:- A tangible business, not just an idea

- A stronghold in a “boring” or “unsexy” industry

- Inefficient business processes that could be improved with technology

There’s a certain thrill to acquiring companies. You have a chance to use all your experience and business acumen to help them succeed. It’s like putting together a puzzle halfway through without having the final picture to work from. It challenges your brain and takes up your time, but you have a finished product you’re proud of by the end.

What are three of the most common roadblocks you encountered as you acquired companies?

Dan: I learned a lot from buying eight companies in 13 years. One hard reality was that no deal ever went according to plan. Every deal had at least one problem that kept it from going smoothly. The three most common roadblocks I encountered were:

Dan: If you don’t walk away from an experience having learned something, was it really worth your time and effort? In 13 years of acquiring companies, I learned a lot of valuable lessons. Here are some of the biggest takeaways other entrepreneurs should know:

How does 81-c support your passion for acquiring and revamping businesses?

Dan: As I acquired and revamped businesses, I realized how important strong support systems were for companies. Many companies didn’t have access to the resources or funding to get themselves off the ground. Initial public offerings (IPOs) were only an option for wealthy, brand-name companies. The only options available to small- and medium-sized businesses were to increase their line of credit or take out loans. It wasn’t fair that these businesses couldn't access money when they needed it most. I saw a huge gap in the system and I wanted to change it.

Companies that become part of 81-c get access to new resources so they can develop and scale efficiently. These include:

Every company should have access to funding and a support system to help them succeed. It shouldn’t be dependent on whether or not a company has the money to go public. Through our model, we’re able to give our business units the resources and capital they need to perform. We also grant any investor the opportunity to back these companies by purchasing our security tokens.

When Jess and I created 81-c in 2016, we wanted to create an equal opportunity to invest in entrepreneurship. Now that we’ve launched our security token on StartEngine, we’re one step closer to helping the world achieve financial inclusion.