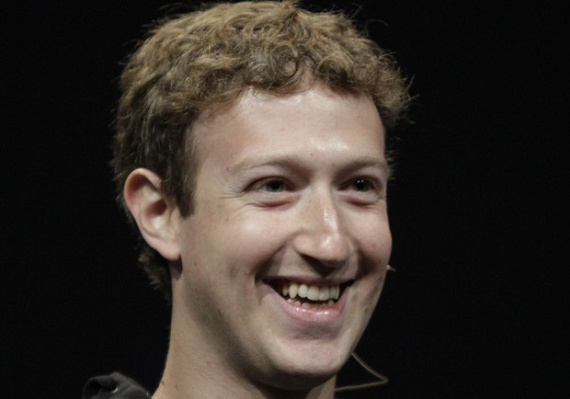 Facebook is less than two weeks away from going public. If all goes well, founder Mark Zuckerberg will have even more to smile about very soon.

Facebook is planning to sell 337.4 million shares that will be valued at between $28 and $35 dollars, according to a document filed with the SEC on Thursday.

Facebook’s IPO, originally expected to hit a $100 billion valuation, is now expected to value at between $85 and $95 billion. Facebook also updated its SEC filing in late April to show that it made over a billion dollars in Q1 2012. While that is 45% higher than the equivalent quarter in 2011, it is still down from Q4 2011.

Facebook now has over 900 million members, making it the most popular social network in the world.

If the stock sells at the upper range of $35, Zuckerberg’s stake would be valued at $17.6 billion, meaning his total wealth will now exceed that of Microsoft CEO Steve Ballmer, whose net worth, according to Bloomberg, is $15.4 billion. Zuckerberg was placed as the 36 richest man in the world, on the Bloomberg Billionaires Index.

How does Zuckerberg compare to other Silicon Valley CEOs?

Ballmer and Zuckerberg both still trail former Microsoft CEO Bill Gates, who is now the second richest man in the world with $62.2 billion.

Jeff Bezos, founder and CEO of Amazon.com comes in at number 24, with $21 billion. Amazon has seen recent success with the launch of its Kindle Fire, which has now has a majority share of the Android Market.

Zuckerberg also falls behind Google CEO Larry Page, who is worth $18.5 billion. Google is set to launch its own tablet this summer, which may boost the company that has recently found itself embroiled in a number of investigations, in both Europe and Asia.

Larry Ellison, CEO of Oracle, is worth $36.1 billion, making him the seventh richest man in the world.

Zuckerberg is by far the youngest of all the CEOs. The average age of Ballmer, Gates, Bezos, Page and Ellison is 44.3 years old. Zuckerberg is only 27.

So, while Zuckerberg might still trail many others in his field, in terms of personal wealth, he’s not doing too bad for a guy with a world altering idea in his college dormroom when he was 19 years old.