Shares of Netflix fell 16% to $84 in after-hours trading after the movie-rental company said second-quarter revenue would be lower than analysts' estimates as subscriber growth numbers slow down, raising concerns that company may not meet its subscriber goals for the year.

Netflix posted a net loss  of $5 million, or 8 cents a share, on revenue of $870 million in the first quarter of 2012, compared to a profit of $68 million and sales of $789 million. Analysts estimated that Netflix would post a loss of 27 cents on sales of $866 million. This was the good news. 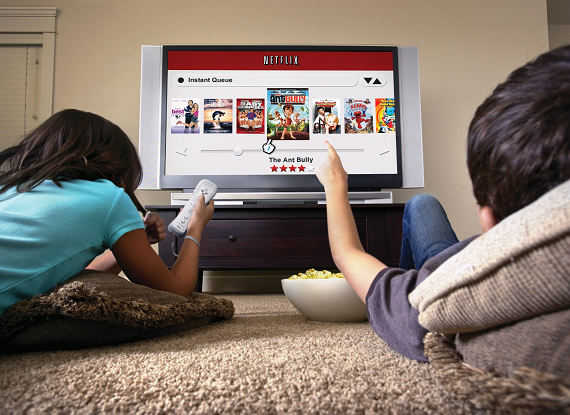 But the stock slumped after Netflix said subscriber additions would slow down in the second quarter. The Los Gatos, Calif.-based company said it's projecting 23.6 million to 24.2 million subs in the U.S., up 200,000 to 800,000 from the first three months of this year when it reached 23.4 million subscribers, up 1.7 million from the prior quarter.

This outlook unnerved the market as analysts were quick to question Netflix's goal of reaching seven million subscribers for the year.

"I know it's got some people concerned, but we feel great about our progress and being on track for our 7 million net [additions] for the year," said Netflix CEO Reed Hastings, on a conference call after the report.

Additionally, Netflix said it expected second quarter revenue would come in at $873 million to $895 million for the second quarter. Analyst currently expect Netflix to generate $897 million in the current quarter.

Netflix doesn't seem to be turning the corner in 2012, after having a pretty rough year in 2011.

First it suddenly raised its prices by 60%, instead of rolling out a modest increase, a move that caused the exodus of one million subscribers. Hastings eventually apologized for the mistake.

Then there was the Qwickster debacle, when Hastings announced that he was going to actually split Netflix into two separate companies, one for streaming and one for DVDs. The DVD service would be called Qwickster.

The backlash was so fierce that the plan was eventually scrapped altogether.

At the same time as all this was going on, Netflix also lost its deal with Starz to air over 1,000 of their titles. The deal officially came to an end this February.

The future of Netflix

More recently, Netflix has been trying to break into the original content market, debuting its first series, Lilyhammer, and getting the rights new episodes of Arrested Development.

In the announcement today, Hastings and CFO David Wells wrote that Lilyhammer had exceeded their goals “in terms of PR, viewing, and critical acclaim” and they will continue issuing original content going forward.

“When we embarked on original programming, it was a strategic experiment.  We’ve gained enough confidence and perspective that we now view it as a strategic expansion,”Hastings and Wells wrote.

“In particular, we are now treating it as a capability we should build, like international, to achieve our long-term ambitions.” 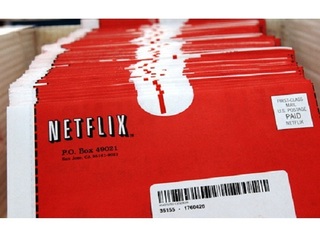