After negotiations evidently soured, Starz decided not to renew its contract with Netflix in 2012

Netflix is having a bad Thursday.  On the same day that Netflix implemented its new 60% price hike, it also lost a valuable and long-time content partner: Starz.

Netflix and Starz Entertainment have been tangled in contract negotiations over the content Starz distributes to Netflix, and today, Starz released a statement announcing the end of the negotiations, as well as its decision to drop its partnership with Netflix when its contract expires in February 2012.

The company explains: "Starz Entertainment has ended contract renewal negotiations with Netflix. When the agreement expires on February 28, 2012, Starz will cease to distribute its content on the Netflix streaming platform. This decision is a result of our strategy to protect the premium nature of our brand by preserving the appropriate pricing and packaging of our exclusive and highly valuable content. With our current studio rights and growing original programming presence, the network is in an excellent position to evaluate new opportunities and expand its overall business."

Starz currently supplies some 1,000 titles and original series from Walt Disney, Pixar, and Sony Pictures Entertainment for instant streaming, including such titles as “Tangled,” “Toy Story 3,” “The Princess and the Frog,” and others.

Starz, which is owned by Liberty Media Corp., struck a four-year deal with Netflix back in 2008 worth an estimated $20 to $30 million a year.  According to insiders who spoke to the LA Times earlier this year, problems arose over a clause in the contract that specified a cap on the number of people who could stream Sony movies on Netflix—a cap that had been exceeded due to Netflix’s explosive growth.  Consequently, some 250 Sony Pictures titles were pulled from the platform in June.

And trouble was a-brewing even before that.  Back in March, Starz changed its Netflix policy.  Gone were the days of getting original series instantly.  Starz announced that henceforth, it will institute a 90-day waiting period between the time an episode airs on TV and the time a Netflix subscriber can stream the content online.  Some analysts theorized that Starz is growing increasingly concerned about the possible cannibalization of its own sales.

The decision to pull its content from Netflix may not have been all Starz’ fault, however.  Analysts posited that a renewal deal would cost Netflix an estimated $200 million, according to the LA Times.  Did Netflix simply decide the price was too steep? 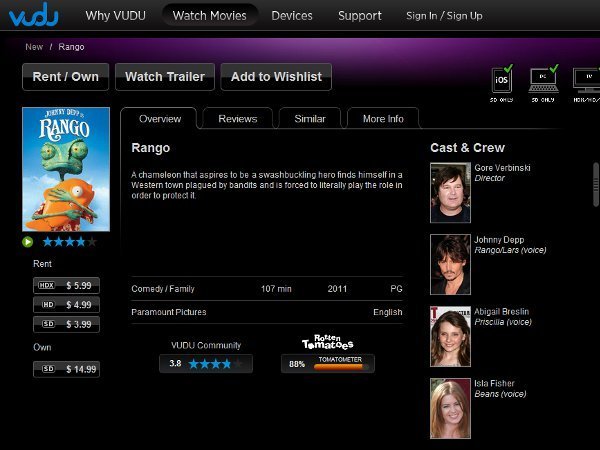