Rumor has it that Apple isn't actually making a smaller iPhone, but it is working on a cheaper one

I have good news and bad news. The good news is that it looks like Apple is, indeed, working on a cheaper iPhone, according to a report from the New York Times. The bad news: it won't be the adorable little cupcake-sized iPhone we were all hoping for.

As it turns out, a smaller iPhone wouldn't be much cheaper to manufacture, and a smaller screen would force developers to rewrite their apps, which would essentially eliminate Apple's bragging rights over having a uniform platform. As some might recall, during an October earnings call, Steve Jobs blasted Android, accusing the operating system of being less open than fragmented, which means developers have to write several different versions of their apps to adapt to different devices, which ultimately limits what they can do with their apps.

A number of reports on the phantom tiny iPhone pegged the code name as N97, but the Times' sources said that N97 was the code name for the Verizon iPhone.

While Apple would not change the size or shape of the iPhone, the company is reportedly looking at making other, more subtle changes, such as allowing voice commands to take a stronger operational role over the touch screen keyboard, which some people find awkward and difficult to use. The company may also possibly change some internal components to make the device cheaper to manufacture, according to the New York Times' sources.

“Although the innards of the phone, including memory size or camera quality, could change to offer a less expensive model, the size of the device would not vary,” said one of the individuals who has worked on several versions of the phone.

Earlier this week, Toni Sacconaghi, an analyst with Bernstein Research, reported that a cheaper iPhone could potentially expand Apple's market sixfold and increase its revenue by 2.5x.

"We are surprised that Apple hasn't moved sooner to introduce a lower priced offering that could help secure a more dominant installed base," Sacconaghi wrote, citing the iPhone's limited carrier availability as well as its high price point as the two main issues that have kept Apple from taking a larger OS market share.  Both damaging facts have given a window of opportunity for Android to move in and dominate the market. "The smartphone world is a platform war, where first mover advantage and scale matters...Particularly with Android now outselling iOS, the imperative for Apple to expand its installed base has never been higher."

Indeed, Android recently eclipsed iOS and closed out last year with 28.7% of the market to Apple's 25%, according to comScore

Sacconaghi theorizes that if the cheaper iPhone is less data-intensive, it will come with a data plan totaling around $15 a month.

Could the new cheaper iPhone end up looking like this? 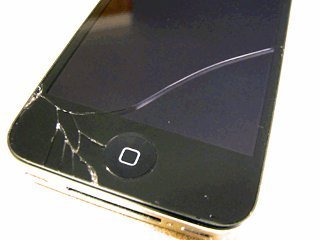 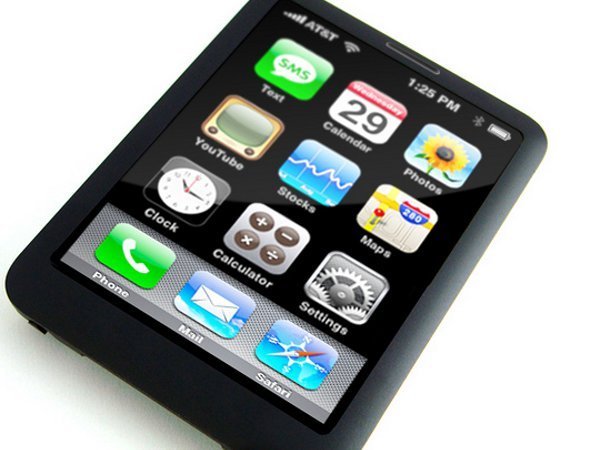