Apple rumors are inescapable and never-ending, but they've really heated up in recent weeks with reports of a new mini iPhone (similar in size and appearance to the iPod Nano) bubbling around the Web. The smaller, less capable, but undoubtedly WAY cuter iPhone is said to be about half the size of the regular iPhone and will be significantly more affordable. Currently, Apple sells iPhones to carriers for $625 each, which carriers make back over time by selling individual units for $199 each plus a two-year contract.

The new mini iPhone will be sold alongside Apple's existing line of iPhones and will surely help secure a stronger grip on the market as competition from Android heats up. A report, released Tuesday morning by Toni Sacconaghi of Bernstein Research, predicts that a lower priced iPhone will expand Apple's addressable market six-fold while more than doubling revenue.

"We are surprised that Apple hasn't moved sooner to introduce a lower priced offering that could help secure a more dominant installed base," the Sacconaghi wrote, citing the damaging facts of 1) the iPhone's limited availability through AT&T and only recently Verizon, and 2) the iPhone's high price point, both of which have allowed a window of opportunity for Android to move in and dominate the market. "After all, the smartphone world is a platform war, where first mover advantage and scale matters...Particularly with Android now outselling iOS, the imperative for Apple to expand its installed base has never been higher," he argued.

Indeed, Android recently eclipsed iOS and closed out last year with 28.7% of the market to Apple's 25%, according to comScore. But what's particularly startling about these numbers is the fact that Android shot to second place in a matter of months. Android accounted for only 5% of the market in December 2009 and took over nearly one-third of the market over the course of one year.

A smaller, cheaper iPhone (Sacconaghi theorizes that if the mini iPhone is less data-intensive, data plans will likely cost somewhere around $15 a month) could provide the boost that Apple needs to reclaim its dominance over the market.

Sacconaghi also speculates that Apple might release the mini iPhone in the form of a non-data phone, which would be able to handle music, movies, and Internet via Wi-Fi or cellular, but wouldn't require a data plan--only a $40 monthly voice plan. 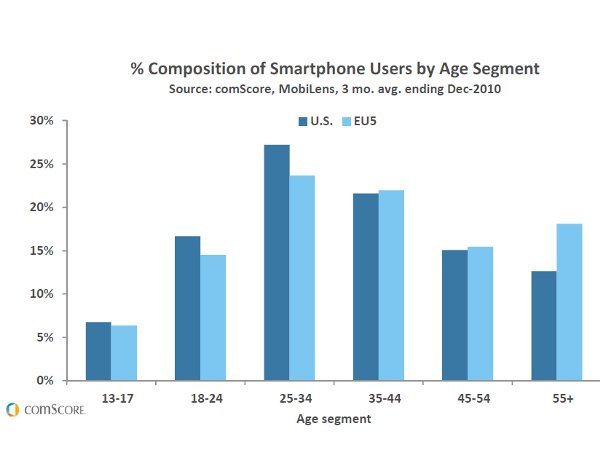