With the markets in a tizzy, consumers may very well want to spend more time in some virtual world to escape the madness. Or, they may forgo going to the movies and spend more time watching free online videos. In this Vator Box, we look at one virtual world provider, Vivaty, which is banking on branded advertising for some of its revenue, and Adap.tv, an online video advertising provider. Who better to help us understand the challenges and opportunities around advertising than Frank Addante, CEO and founder of Rubicon Project, and the founder of one of the earliest online ad networks, L90, which went public during the Internet heyday.

We started with Vivaty, a platform that’s trying to distribute 3D worlds on top of existing platforms, such as Facebook and AIM. Vivaty, which raised $9.2 million from blue chip VCs, Kleiner Perkins and Mohr Davidow last fall, is a newcomer in a space with high-profile players, such as Gaia Online, Second Life, IMVU, Google's Lively, and Habbo.

We all agreed that Vivaty's distributed play was a novel approach to attracting an audience. Frank liked the idea that Vivaty was helping to bring "expression" to our chats. "It's not just an IM chat, but now they have an ability to personalize who they are," he said.

While Vivaty plans on tapping the virtual goods market as a business model - which is estimated to be about $1.5 billion annually - the company also plans to tap branded advertising budgets. Vivaty CEO Keith McCurdy told me that ads will go on billboards, or pre-rolls on videos inside the Scenes, or product placements. He also thinks that the chat rooms could be branded environments. For example, imagine making your scene look like you’re in that movie “Journey To The Center Of The Earth.”

Frank was quick to point out that "Anytime something is new, while it may be novel, it takes a while for advertisers to catch on."

We then turned to Adap.tv, a provider of video ads, which recently raised $13 million in funding earlier this month. Adap.tv works with 300-plus video sites, including BitTorrent, MetaCafe, Demand Media and blip.tv.

It's one of the best-capitalized private video advertising companies. Among its competitors are ScanScout and VideoEgg.

Ezra raised the point that the biggest challenge is matching the right ad within the content. Frank agreed, but pointed out that advertisers would likely be able to target ads effectively on popular videos. The problem for ad networks, however, is that those ad placements are typical spot buys between the publisher of the content and the advertiser.

Finally, we all discussed who we'd bet on. It was a tough call, but we all agreed. You'll have to watch to hear our conclusion.

ScanScout is an online video ad network that automatically inserts an overlay ad that scrolls across the bottom of Web videos. 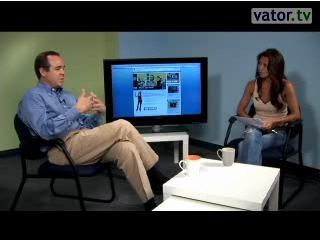 Cashing in on a distributed 3D world 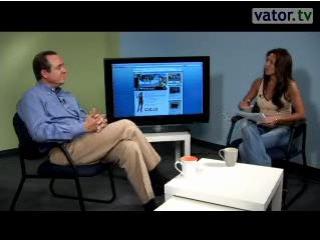