Ashkenazi cites three factors that have to be gotten right: revenue, simplicity and user experience.

"Integrating a video into an ad network is not easily done," he says.

That's why his company is focused on making ad placement as simple as possible to use. Adap.tv signed agreements with 30 ad networks during the past month and now works with 50 in total.

The final piece is ensuring that the user experience with the video is of high quality for all the ads and sites of a campaign.

Adap.tv raised $10 million last July from RedPoint Ventures and others. 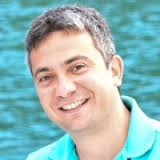 Amir Ashkenazi is the former chief executive officer of Adap.tv, which was purchased by AOL for $405 million in 2013. He co-founded Adap.tv in 2007 and was CEO until 2014.