Every age group, racial and ethnic group, every gender, was impacted negatively by the pandemic 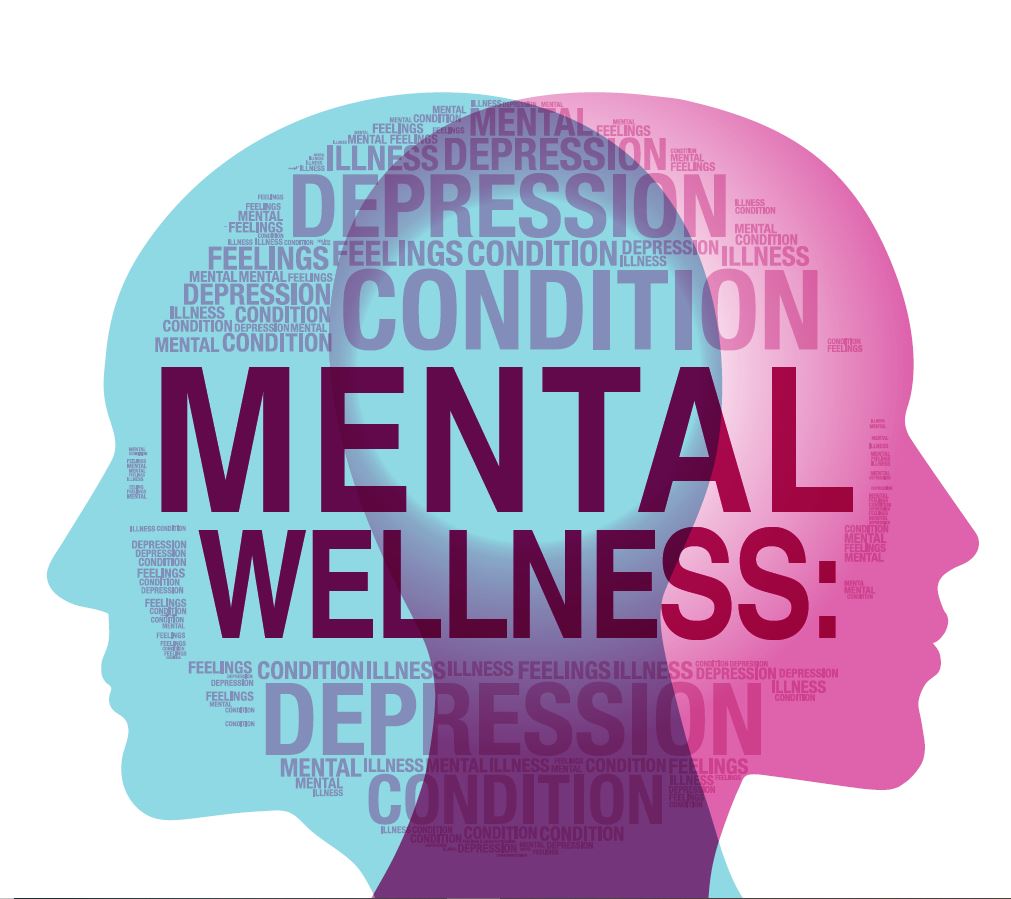 Mental health issues are nothing new: as we've written about before, mental health was a problem long before COVID entered the scene, but what the pandemic, and its aftermath, did was exacerbate those problems thanks to fear of the disease, the grief and sadness over the loss of life, and the loneliness and isolation brought on by the same policies we were told to protect people, including school closures. As a result, demand for mental health services has shot up in the last two years.

In response, we saw a slew of companies in the space getting funded; in 2021, mental health companies brought in $5.5 billion globally across 324 deals, a 139% increase year-to-year. As such, the global behavioral mental health software market is projected to more than double in five years, to be valued at $5.2 billion by 2028, up $2.5 billion in 2021, while behavioral health concerns will account for $2 trillion in healthcare spending by 2025.

But even with all of these new tools now on the market that are meant to help people with their mental health, are they actually working? Where is our collective mental health right now? How are we actually faring?

The answer seems to be: not very well.

We won't fully know how people are doing in the current moment until probably a year or so from now; as such, much of the data we do have is from 2021, when the pandemic was still lingering, albeit in the more contagious but less potent form.

The increases in suicides were most evident in young people, particularly those aged 15 to 24, who saw their suicide rate rise by 8% year-to-year; the sharpest increase came among females aged 10 to 14, who saw their suicide rate increase by 15%, while males of the same age saw their rate drop 6% in the same timeframe. This demographic was the only group to see an overall decline in the number of suicides from 2020 to 2021, though it should be noted that the overall number of male suicides in this age group was still larger at 356, compared to 237 in females.

Also, despite the increase, the total number of suicides in 2021 still remained 1% lower than the total number in 2018, though that obviously will not be the case for long if they continue at this rate.

In addition to the increase suicide rate among young people, the pandemic had a disproportionate effect on them, with close to 30% of all hospital admissions in 2020 for non-newborn children being for mental health issues, compared to just 8% for adults. That is, by far, the high percentage for any disease category; in fact, from 2019 to 2020, mental health admissions spiked in pediatric hospitals, while they fell for numerous other conditions, especially respiratory conditions.

While the report on this increase doesn't get into what, exactly, caused these spikes in admissions, there are a number of possibilities, including school closures, which forced children to learn in isolation. As a result, more than a third of high school students in 2021 reported they experienced poor mental health during the COVID-19 pandemic, and 44% reported they persistently felt sad or hopeless.

Mental health also affected grades as many children fell months behind if not a full year in learning. The children from low-income homes fared even worse when it came to keeping up with their peers. Two outliers were Florida and Texas, where a Harvard study showed no widening gap in education between low and higher-income homes, largely due to the states requiring in-person learning.

This data also broke down suicide rates in children among racial and ethnic lines: while 9% of high-school­ers over­all attempted suicide in 2021, that number was 12% for Black stu­dents, 13% for stu­dents of two or more races, and 26% of Amer­i­can Indi­an or Native Alaskan high-school­ers.

In addition, it was higher for gay, les­bian or bisex­u­al students as well, 23% of whom attempted suicide, compared to 6% for heterosexual students.

Increased loneliness and isolation for seniors

Interestingly, those aged 75 and over had their suicide rate decline 2% year-to-year, making them the only age group to see their rate go down from 2021.

Of course, that's not to say that this group hasn't faced their own pre- and post-pandemic mental health issues: they saw a 13% suicide rate increase in 2018 to 2020, as compared to 2009 to 2011. There was also a 9% increase in depression between 2011 and 2020, and an 8% increase in prevalence of frequent mental distress. This may have been as a result of an increased number of seniors being homebound during COVID given their susceptibility to the virus: 4.2 million in 2020, compared with 1.6 million in 2019.

According to the CDC, loneliness and isolation can cause premature death, an increased risk of dementia, higher rates of depression, anxiety, and suicide, and a 4x increased risk of heart failure. So, they were at higher risk, even if it wasn't COVID that was going to get them.

Finally, one overlooked group that was negatively impacted by the pandemic were women, including working mothers, who were especially hit financially: as a result of school closings, and their parents increasingly coming to live back at home, 1.1 million women left the workforce between February 2020 to January 2022, totaling 63 percent of all jobs lost during that period, as they quit their jobs to take care of their families.

There was also increased danger for new mothers.

According to the Maternal Mental Health Leadership Alliance, maternal mental health conditions are the most common complications of pregnancy and childbirth, affecting 1 in 5, or 800,000, women each year in the U.S. These conditions include depression, anxiety disorders, obsessive compulsive disorder, post-traumatic stress disorder, bipolar illness, and substance use disorders.

Untreated maternal mental health conditions are expensive, costing the U.S. over $14 billion every year, but the consequences are much more serious and deeply felt than that: mental health is the leading cause of pregnancy-related deaths.

From 2017 to 2019, there were 1,018 pregnancy-related deaths, and an underlying cause of death was identified for 987, or 97%, of those. In nearly 23% of cases, the cause was a mental health condition, including suicide and overdose/poisoning related to substance use disorder.

When broken down into demographics, mental health conditions were the leading underlying cause of death among Hispanic and non-Hispanic White new mothers, at 24.1% and 34.8% respectively.

The future of mental health

It seems like no matter who you are, every age group, racial and ethnic group, every gender, was impacted negatively by the pandemic, and plenty of groups have been coming up with solutions.

That includes the government, which rolled out of the 988 Suicide & Crisis Lifeline in July, which it says increased calls by almost 50% in just one month. The U.S. Preventive Services Task Force, a volunteer panel of national experts in disease prevention and evidence-based medicine, also recently recommended that anxiety screenings become the standard of care going forward, in order to catch them earlier on.

The major tech companies are also taking an active roll, including Google, Amazon, Microsoft, and Meta, along with insurance companies, like Cigna, Anthem, and Aetna, and hospital systems, such as Providence and Mercy Health.

And, finally, there are all of those mental health tech companies that have popped up in the last few yeas, which are trying to make it easier for patients to access care. Those apps seem to be more popular with the professionals who recommend them than the people who use them, though many patients still say they have helped improve their mental health. 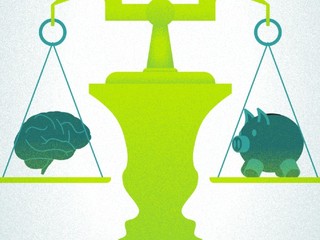 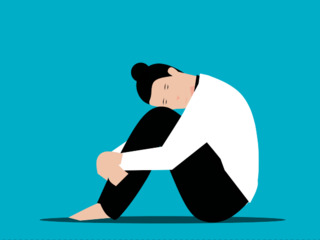 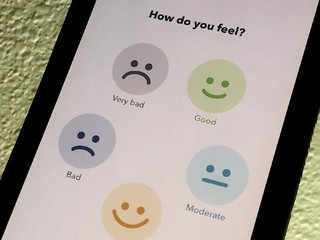 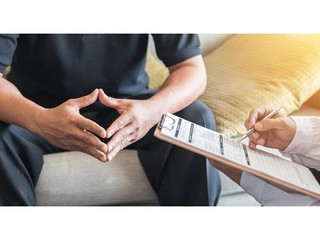 Anxiety screenings might become a routine part of healthcare 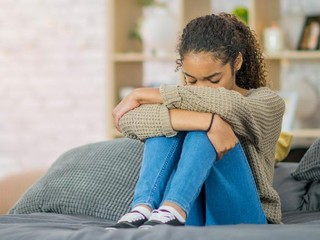 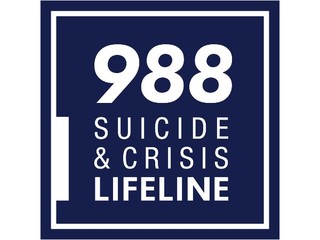 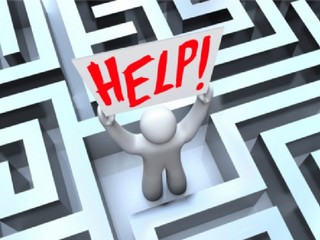 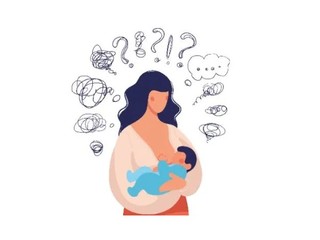 CDC finds mental health is leading cause of pregnancy-related death