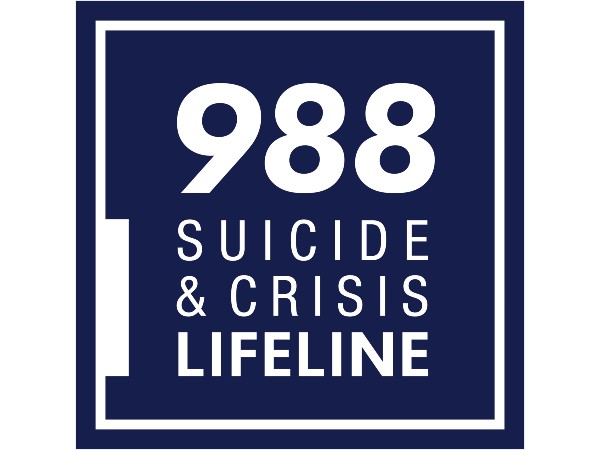 While the overall suicide rate fell by 3% from 2019 to 2020, the pandemic's toll on the country's mental health can't be downplayed: according to the World Health Organization, the global prevalence of anxiety and depression increased by 25% in the first year of the COVID-19 pandemic. There was also an increase in substance abuse issues with 99,000 people dying from drug overdoses in the first full year of the pandemic in the United States, a nearly 30% increase from the year before. Even cigarette sales grew for the first 10 months of 2020, after an annual decline of between 4% and 5% since 2015.

In order to help combat some of these trends, the Biden administration created a new, easier to remember number for its suicide prevention and crisis hotline: in July, it rolled out the 988 Suicide & Crisis Lifeline and now, just one month in, the administration is already pointing to numbers showing that the new number is a success.

The U.S. Department of Health and Human Services released new data showing that, over the first month of the transition to the new number, there was a 45% increase in overall volume from August 2021 to August 2022, as well as what it calls "a substantial improvement in answer rates and wait times."

In that month alone, the 988 Lifeline answered 152,000 more contacts, including calls, chats and texts, than it had a year prior, and it decreased the average speed to answer from 2.5 minutes to 42 seconds.

As a result, the administration is already pledging to pour more money into the program, increasing federal funding in the 988 Lifeline 18-fold in the coming year.

In addition, HHS, through Substance Abuse and Mental Health Services Administration, also announced a new $35 million grant opportunity to better support 988 Lifeline services in tribal communities; that grant is part of the $150 million allocated for the 988 Lifeline under the Bipartisan Safer Communities Act signed by the President in June.

Finally, HHS also revealed that, throughout the month of September, which is National Suicide Prevention Month, it will be awarding $25.3 million in suicide prevention grants, intended to address pandemic-related stressors that increased mental health disorders among younger Americans. That includes $9 for creating or enhancing existing mobile crisis response teams; $7.3 million to support implementation of youth suicide prevention and early intervention strategies in youth-serving organizations such as schools, juvenile justice systems, and foster care systems; and $6.8 million to increase student access to trauma support services and mental health care.

“Our nation’s transition to 988 moves us closer to better serving the crisis care needs of people across America,” HHS Secretary Xavier Becerra said in a statement.

“988 is more than a number, it’s a message: we’re there for you. The transition to 988 is just the beginning. We will continue working towards comprehensive, responsive crisis care services nationwide to save lives.”