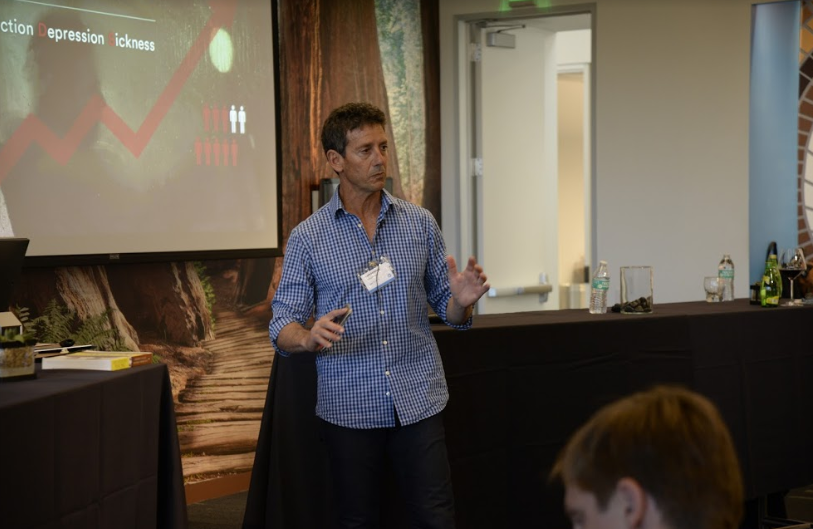 Ever since Vator began holding events over 10 years ago, we have made the promotion of startups a big part of what we do. We don't just want to talk about what's happening in a given space, but to highlight those up and coming companies that are going to solve the world's biggest problems.

We've held numerous startups competitions over the years, and we've had some very successful and notable winners in the past that have gone on to raise big funding rounds including Thumbtack, DogVacay, Pokitdok, Grovo, Udemy and Apartment List, to name a few. While we didn't hold a startup competition at SplashX Invent Health: Mental and Behavioral Health, our latest salon in conjunction with HP, we did still manage make room for a few companies to get up and pitch themselves to the audience.

The four companies who took the stage were: Bravely, Supportiv, Meru Health and 7 Cups.

In his opening remarks, before introducing the companies, Mark Goldstein, Managing Partner at Advisors.fund, spoke about how each of the four companies would help lower healthcare costs, as they are on the front lines trying to give people the tools to stay sane.

There is plenty of money to be found in tackling the mental illness crisis: a study published in the American Journal of Psychiatry in 2008 found over $193 billion in lost earnings due to people suffering from serious mental illness. No doubt the number has risen even higher in the last 10 years.

"What these next companies are doing is they’re mitigating the big money that’s going to go to chronic and acute care. And they’re going to prevent the serious stress, addiction, depression and sickness causes that companies and individuals are going to face," Goldstein said.

Moreover, you'll also notice that what's unique and different about their models is that they focus more on "community" and less on licensed therapists, with the exception of Meru Health, which relies heavily on therapists. That said, Meru Health has a finite program, which means patients can understand how long they should be in care. It is sort of ridiculous that when you break something, you know how long it will take to heal and go through some physical therapy. But with mental conditions, there's no time limit. And there should be. Meru Health provides a finite treatment plan. As for Bravely, Supportiv and 7 Cups, they rely heavily on community.

These are interesting models since friends and family are the ones who should be our support system. Not therapists, though they're helpful. If these companies can help recreate this human support system, they'd do far better work than many, if not all, of the medications and treatments available today. 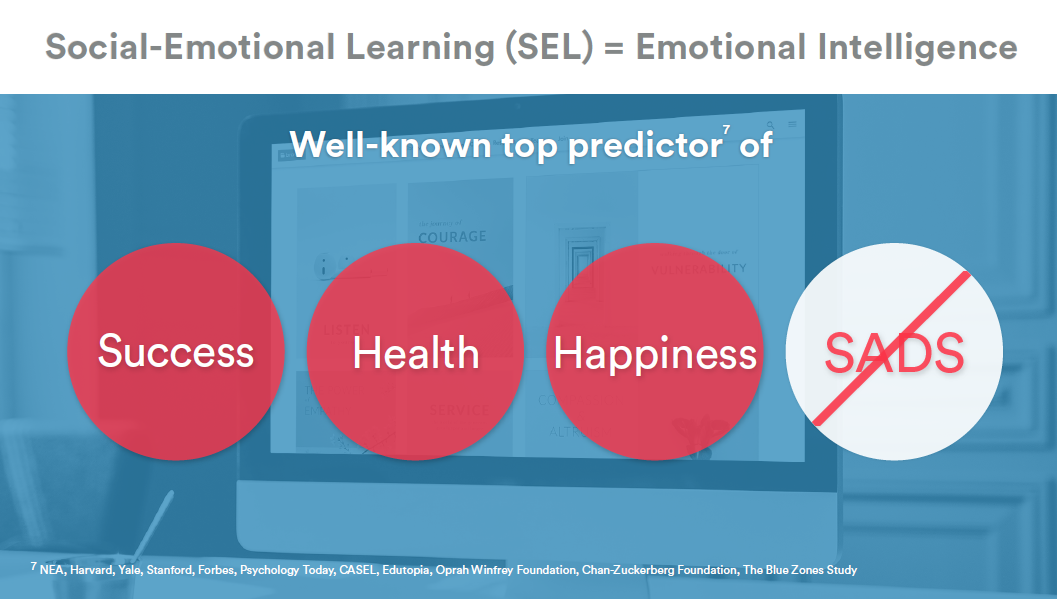 Bravely, which calls itself an "EdTech-Ceutical," is a peer-to-peer, e-learning campus where "adults prevent stress fast, gain health and success, at a speed, cost and success rate that competitors can’t match through our advanced social, emotional learning," founder and CEO Richard Lee said in his presentation.

Basically, Bravely focuses on helping people manage stress by encouraging them to create trusted circles of friends and family to be available for brief phone calls. This is to counter the weekly therapist's sessions, which aren't always the best remedy, especially when stress happens often during the other 167 hours of the week when someone isn't lying down on a therapist's couch.

The company's product is called PowerCall, and it consists of five minute guided phone calls between members, which can occur anytime, anywhere. The idea is to reduce what Bravely calls SADS, which stands for "Stress Addiction Depression Sickness."

"Our Powercall is a digiceutical, validated to radically reduce stress hormones, trigger neurogenesis, and cause healthy behaviors in the world’s largest neuroscience study," said Lee.

Through its platform, Bravely says it has retention rates that are 10x its competitors after two years. 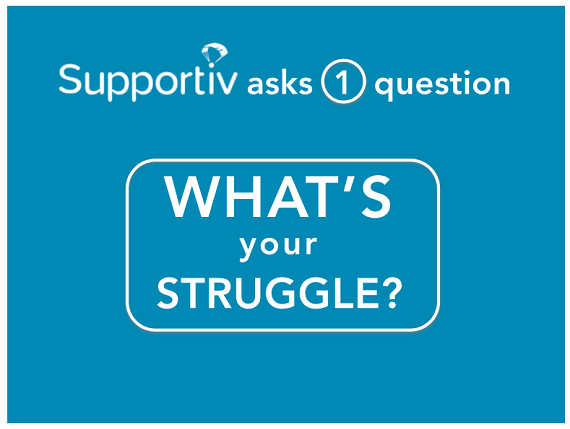 Supportiv is a provider of what it calls, "populist mental health products." Unlike Bravely, the sessions are via text messaging and with anonymous people. The treatment processes also don't rely on a specific model, such as social emotional learning tools or cognitive behavioral therapy. Supportive does rely heavily on community and allows each group session to evolve, with a moderator to keep conversations on point. Supportiv mimics many of the organic neighborhood community groups that have been extremely helpful and effective.

“There’s a lot of expertise out there, and we have 289 solutions that have been created with proven protocols, and randomized control trials out the wazoo, but there is always going to be half the population that is never going to engage with them because they hate it because it’s boring. They want real people to talk to them that are just like them. They don’t want experts shoving something down their throats. So why aren’t we actually building products for the clients that are not going to engage with us anyway? Let’s be a little bit more populist about it. That’s what we’re doing," Helena Plater-Zyberk, co-founder of Supportiv, said in her presentation.

“We have a solution that does not involve therapists. There is no screening questionaire. There is not a diagnosis. There are no protocols and 12 week care pathways, because people hate that.”

Supportiv asks users one question: ‘What’s your struggle?’ and, from there, uses natural language processing to match groups of users, up to 10, concurrently, in real time, that have the same problem. This is a great question to ask since it really digs into the heart of the matter. They're not focused just on symptoms, but the root of someone's problem.

Supportiv's business model charges users 15 cents a minute, and it pays moderators, who are typically psychology students, $15 an hour. 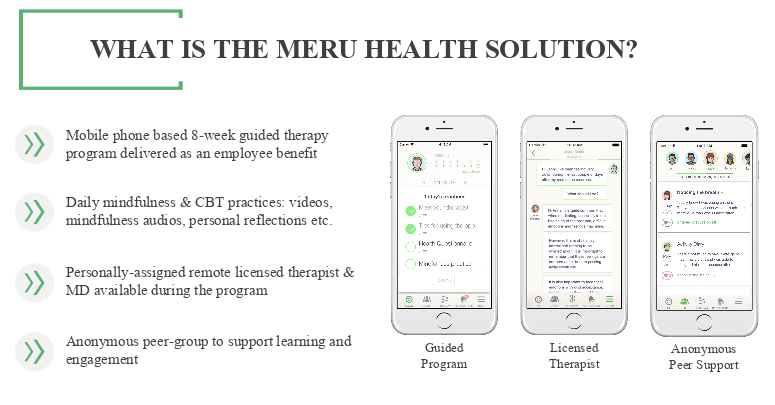 “We’re basically an online clinic with remote therapists and remote MDs and we have a digital therapeutic program which people go through for eight weeks. What it means is basically that people do CBT practices, mindfulness practices, breathing practices. We tailor the program based on their specific needs, and then people get to work together with their dedicated licensed clinician and MD. The point is that that brings a lot of accountability and a lot of good adherence, which is one of our strengths. We’re able to be very effective in treating people and keeping them engaged within a fairly challenging group of people,” Kristian Ranta, CEO and founder of Meru Health, said.

The program is tailored for each patient based on their needs and preferences, as well as their symptoms. Users also have access to anonymous peer groups, where people get connected with other similar problems, who are going through similar kind of treatment program.

The company has an 86 percent completion rate, with 50 percent of patients seeing symptom reduction. It is seeing roughly $2,500 cost reduction per treated employee. 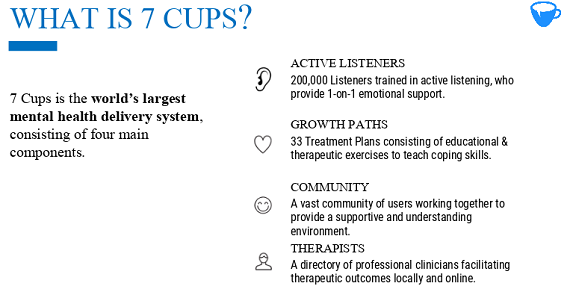 7 Cups is a behavioral health support system that provides a peer-to-peer messaging platform.

“The reason 7 Cups started is I’m a psychologist, my wife’s a therapist, I was talking to her about a problem, as most of us, whenever you’re going through a hard, one of the first things you want to do is you want to talk to somebody about it. When you talk to somebody you feel better, and it occurred to us, wouldn’t it be great if, no matter who you were, no matter how much money you had, no matter what language you spoke, you could get that help? You could have somebody, a compassionate listener, kind of care for you. And that’s how we started," Glen Moriarty, founder and CEO, said in his presentation.

The company only uses messaging because it found that other types of interactions, including video and voice, were too intimate.

It now has 260,000 listeners in 189 countries, providing support in 140 languages. In any given region, 7 Cups says it already reaches between 1 and 3 percent of the population.

It also has a digital task sharing model, where anyone on the platform that needs extra help can be referred up to a therapist. 7 Cups has 160 licensed professionals on the platform.

3. Community - A vast community of users working together to provide a supportive and understanding environment. 7 Cups has over 1.9m unique visitors a month.

If you need something to perform better at your job, you ping your professional network. If you crave some fun, you tap your social network. What’s missing from our lives is what to click when you’re feeling low: a support network.

Our natural language processing (NLP) algorithm matches each user in under 30 seconds --based on their free-text response to the question “What’s your struggle?”-- to a topic-specific peer group chat that dynamically convenes for users with similar emotional needs.

No matter how common or obscure the response, we find the right peers who relate and want to talk about the same thing the user does — a communication breakdown in a relationship, an encounter with a toxic coworker, adulting, the loss of a pet. The matching is effortless. It happens for the user, in seconds. The specificity of the topic-based matching improves with the network effect. At any moment, dozens or thousands of groups may convene concurrently, as dictated by the volume of users, plus the similarity or differences among users’ needs.

Each group has a “super-powered” human moderator. Our NLP enables the moderator to drop precisely relevant resources, recommendations, and referrals right into the group conversation in real-time. Our ever-expanding knowledge base will vet, catalog, and precision-match the world’s most recommended tactics, resources, and inspirations. Humans helping humans with an AI & NLP-powered boost that makes global scalability a non-issue.

If you need to search something, you go to Google. If you want to broadcast to friends & family, you go to Facebook or Instagram. If you need support with daily life struggles, you’ll come to Supportiv.

Our PowerCall is the only digiceutical shown to radically reduce stress hormones, trigger neurogenesis, and healthy behaviors, in the world's largest neuroscience study (Max Planck, 2017). In the same one year study, mindfulness failed to lower stress cortisol.

And, we are validated by Clinical Professor of Neurosurgery at Stanford Medical, Dr. James Doty, founder & director of CCARE — the world's leading behavioral health research center at Stanford University School of Medicine.

All ASEL steps are aggregated for AI & honored by EIRCA (Emotional Intelligence Resilience Courage Assessment) — our proprietary reputation capital is based on feedback, behaviors & biosensing. The higher the EIRCA, the more trust & value our members garner in the world. 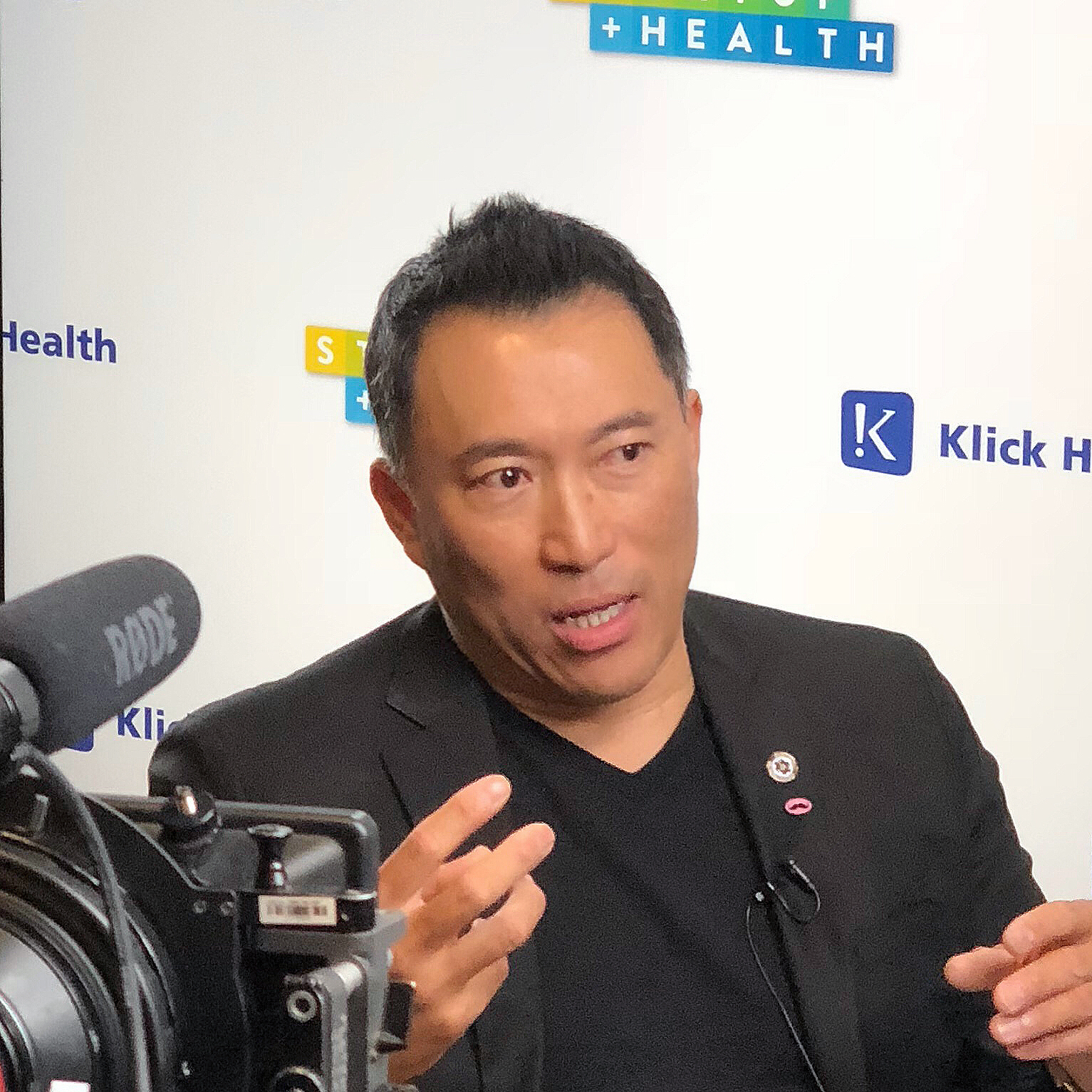 Founder & CEO of Bravely - world's first EdTech-Ceuticals; founded Bravely to save my own life; 3X founder with a NASDAQ IPO before age 35. 15 years of ASEL experience. 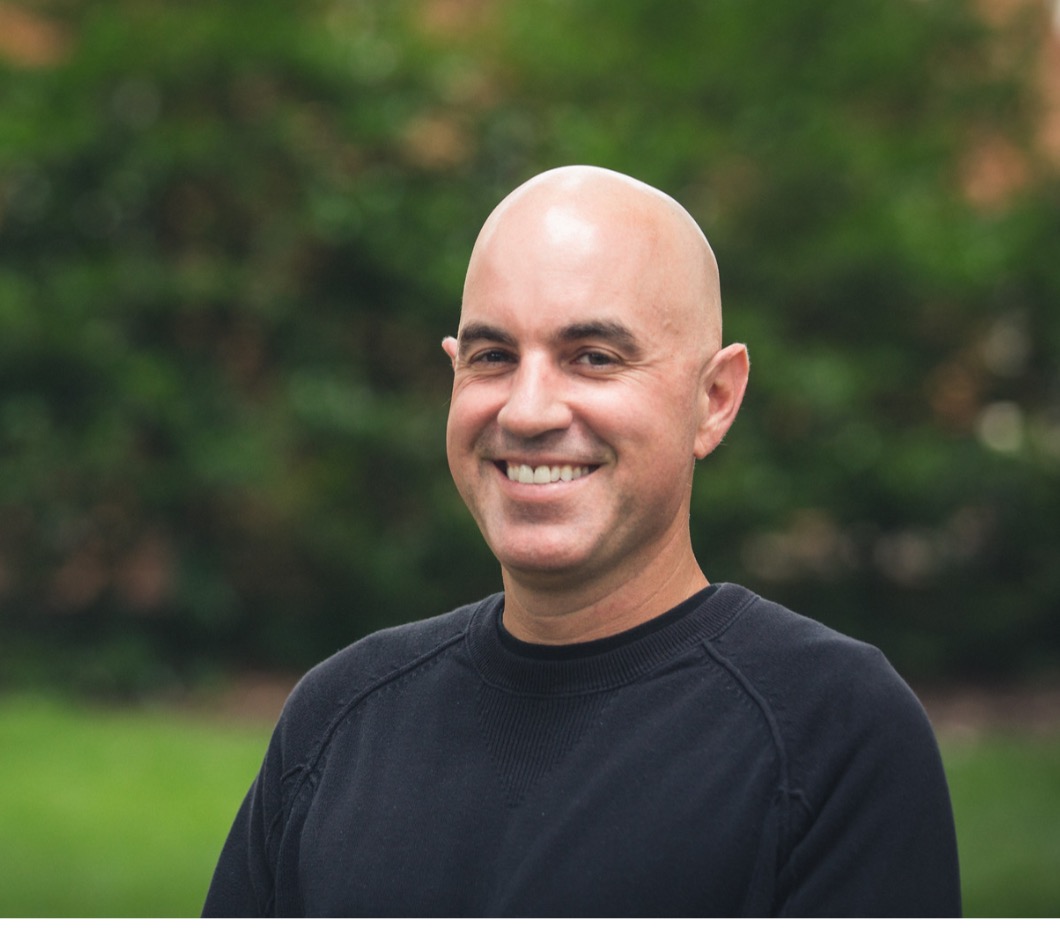 Glen Moriarty is the founder and CEO of 7 Cups, a web and mobile peer to peer emotional support platform. He is a psychologist passionate about the Internet’s power to help people lead better lives. 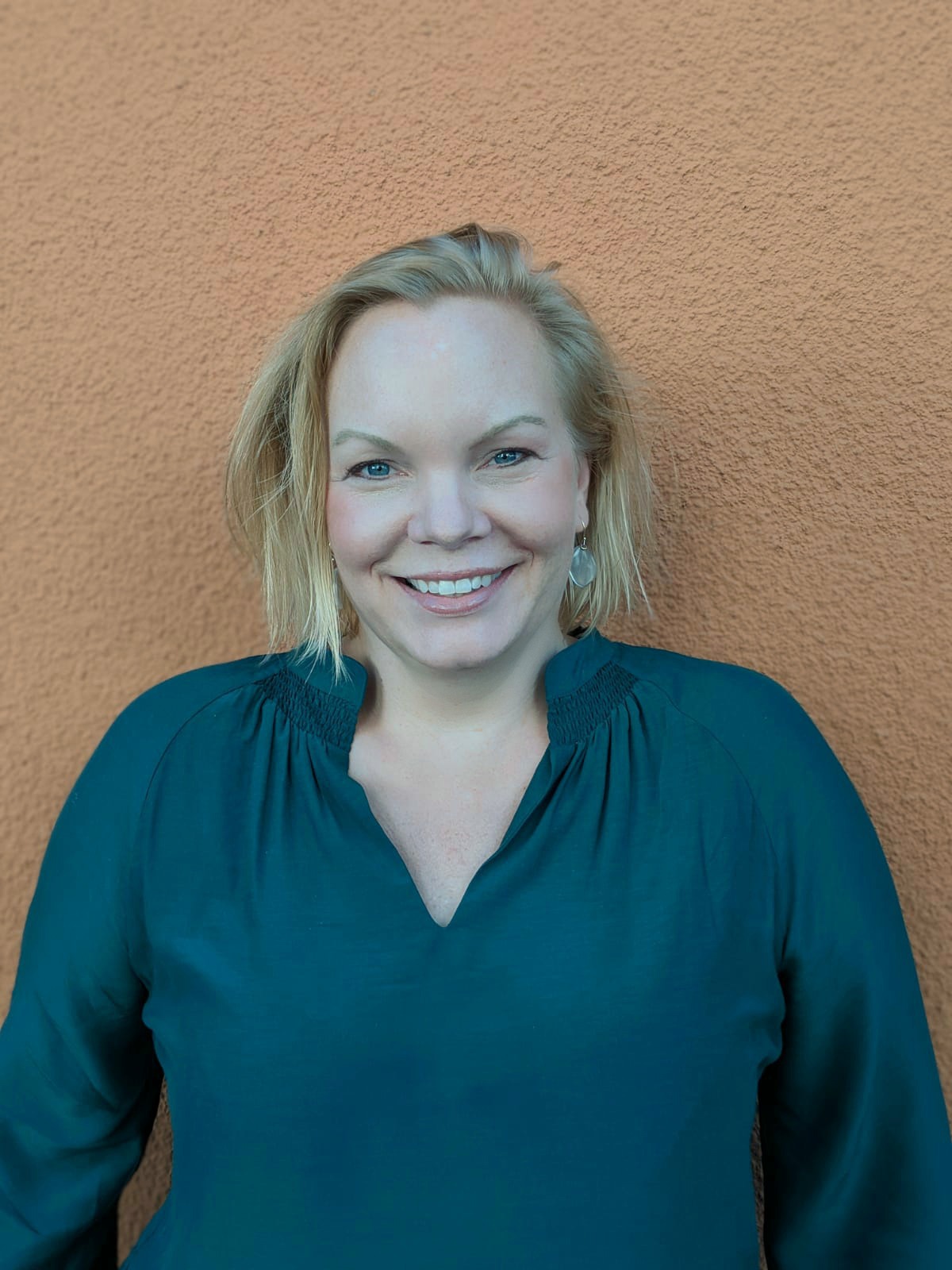 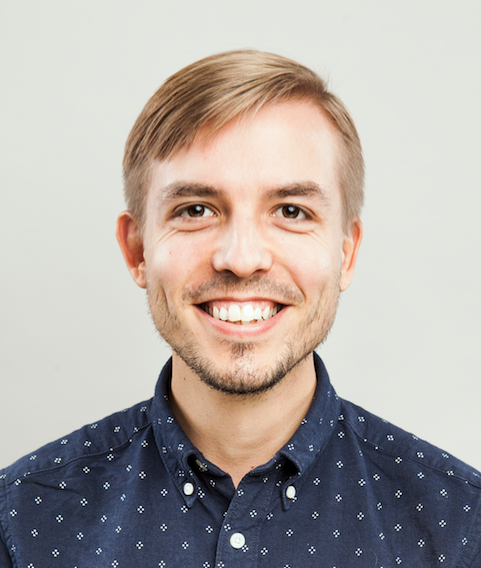