How does Snap's first earnings report compare to its peers?

The company saw losses of over $2 billion, with soft user growth, sending its stock down 24% 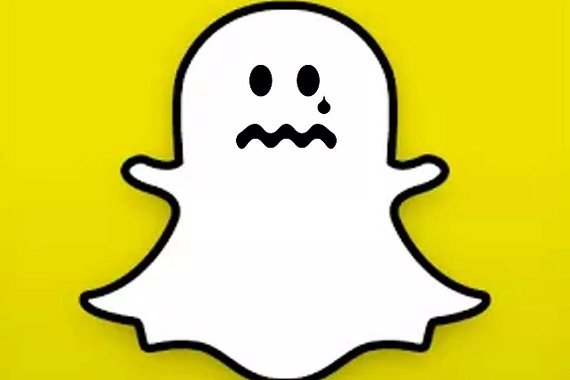 Wednesday was a big day for Snap, as it reported its first quarterly earnings since it went public at the beginning of April. The news, however, wasn't very good. Not only did the company miss expectations, it showed slowing users growth and posted enormous losses for the quarter.

In Q1, Snap saw $150 million in revenue in Q1, versus the $158 million Wall Street had expected. It saw EPS of -$2.31, while the expectation had been -$0.19. In addition, it only added 8 million new users quarter-to-quarter, an increase of 5 percent, to 166 million. That's a 36 percent year-over-year growth rate, down from 48 percent in the previous quarter.

The biggest problem, though, was a staggering $2.2 billion in losses, up from just $104 million in the same quarter last year. That's an increase of over 2,000 percent in just a year.

Snap attributed those losses to "stock-based compensation expense, primarily due to the recognition of expense related to RSUs with a performance condition satisfied on the effectiveness of the registration statement for our initial public offering,"

As a result of this earnings report, Snap's stock was hit hard, dropping nearly 24 percent in after hours trading, after a slightly loss of 1.46 percent in regular trading.

While these numbers may be worrying to investors, it's also worthy to point out that it's still very early for Snap. The company has only been public for around a month, and there's still plenty of time for it to smooth things out.

For comparison's sake, let's see how other publicly traded companies did in their first earnings report.

The most obvious comparison to make is Facebook, which is Snap's biggest rival.

In its first earnings report, Facebook beat expectations. Earnings came in at $295 million, or 12 cents a share, while sales rose 32 percent to $1.18 billion, meeting consensus estimates of 12 cents a share on revenue of $1.15 billion.

The company reported a net loss of $157 million.

Beating in its first quarter didn't mean much for Facebook, though, as it struggled with its mobile strategy. Mark Zuckerberg would later call Facebook's first year as a public company "extremely turbulent" but also said going public was a "valuable process" that helped him get to know his company much better than he did before.

Twitter, meanwhile, beat expectations handily in its first earnings report, with revenue of $242.7 million and earnings per share of $0.02, while expectations had been for $217.82 million on a loss of two cents a share.

Beating so easily early on didn't help Twitter much in the long run, as its user growth problems, which were already apparent in that first report, spiraled out of control and hurt the company in the long run, eventually costing CEO Dick Costolo his job. With concerns over its slowing user growth, Snap may want to pay close attention to what happened to Twitter

In its first quarterly report, LinkedIn posted $121 million in revenue, versus an estimate of $104 million estimate, with earnings per share of $.10, versus a $.03 loss per share estimate.

LinkedIn consistently had high performing quarters, before it was sold to Microsoft for over $26 billion in 2016.

Google went public in 2004, and reported its first earnings in October of that year, with sales of $503 million, while analysts were predicting $456 million. It saw EPS of 19 cents a share, versus the Wall Street consensus estimate of 56 cents.