Trump's Twitter usage has led to more downloads and engagement, as people use it to stay informed 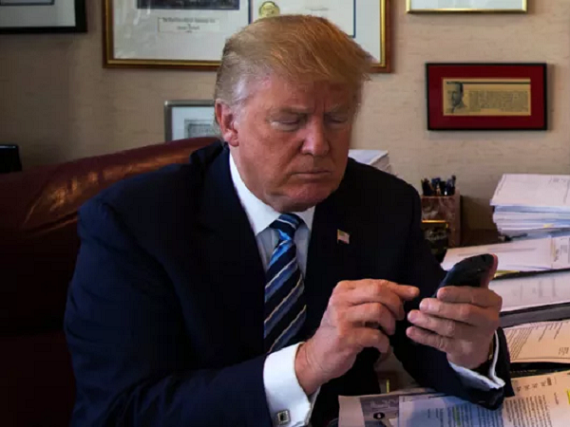 Donald Trump was the Twitter candidate, as in he was able to use the medium to his advantage like no other candidate before him. Like him or not, you have to give him credit: some of the best politicians are the ones who can seize on a new technology and make it their own.

While it does seem Twitter helped Trump get his message out effectively (at least to his base) and get elected, it wasn't clear whether or not the opposite would be true. Trump has often painted himself as the savior of the country. "I alone can fix it," he said in his RNC speech.

We hope he can fix the country. But for all those Twitter shareholders who own Twitter above $20, I bet they'd love if he could do the same for Twitter!

Trump's continued tweeting as President might drive more people to the network, as more of them want to stay on top of what's happening and to get the news directly from him in real time. He could potentially drive users away; Trump's Twitter style is often combative, and the company has had major issues with abuse and safety. Not to mention that polls have shown that people don't approve of the President's Twitter use.

It's too early in Trump's presidency to know which way it will ultimately go, but one analyst is now projecting that Trump's impact on the company will be positive. So much so that it could reignite interest from other companies that have been thinking of buying it.

In a note published on Wednesday, Richard Greenfield of BTIG upgraded Twitter to a buy "premised on the belief that Twitter’s daily active user (DAU) growth is accelerating, particularly in the US, which has a disproportionate impact on Twitter’s revenues and profits."

Twitter has seen an increase in downloads in recent months, as well as an increase in daily usage. The Twitter iOS app has consistently been a top 20 download since the start of 2017, while data from CivicScience shows daily usage increasing from 13 percent to 15 percent over the course of a year. According to Greenfield, Trump is directly responsible for that uptick.

"It is undeniable that Twitter has been thrust into the global zeitgeist following the US Presidential Election in November 2016," he wrote.

The benefits from Trump's tweeting won't be immediate, and Greenfield believes there won't be any impact on the Q4 2016 numbers, nor the Q1 2017 numbers. Frankly, the problems that Twitter has been facing, including slowing users growth over the past few years, can't be fixed that quickly and Greenfield is expecting full year 2016 revenue to match expectations.

The current consensus for full year 2017 revenue is $2.79 billion; Greenfield is projecting revenue of $2.85 billion, a 2 percent difference. For 2018, he's expecting an even greater difference, with revenue of $3.44 billion, 14 percent above the consensus of $3.02 billion.

"Trump is giving consumers a reason to learn how to use Twitter, furthering the reason for public figures etc. to put content on the platform. Twitter is in effect getting a second chance to attract and retain users."

This increased engagement might have a more immediate effect, in that it could, once again, make Twitter a high valued acquisition target.

The idea of someone buying Twitter is an idea that has been out in one form or another for nearly the entire life of the company, but 2016 was the year the idea really ramped up, and the year that it absolutely fell apart.

In October, three main suitors emerged for Twitter: Google, Salesforce and Disney. The speculation drove the company's stock price up to its highest price since the beginning of the year.

It had seemed that Google was the most likely acquirer of Twitter, mostly because it has been the most frequently assumed target for such a purchase, given how badly that company wants to get social right after it failed with Google+.

Disney also made some sense, as it could benefit from Twitter becoming more of a media company. That would certainly have appealed to Disney, which owns both ABC and ESPN, and might have been looking for a social media platform to leverage all of that content, especially as people have started to cancel their cable subscriptions.

However, it only took a week for each of these companies to publicly turn down the offer, and for Twitter's stock to once again sink.

Benioff later said Salesforce dropped out because its involvement had leaked, but that the company "had a very exciting vision of what we would do with Twitter." Disney, meanwhile, is said to have turned down the chance to buy Twitter due to its prevalent problems with abuse.

Twitter has been making moves to address its aforementioned abuse problem, expanding reporting, and introducing a mute feature, in November. This week it went even further by stopping banned users from making new accounts, and going after abusive tweets.

If an acquisition happens, that would be quite the turnaround from what happened last year. If it does, Twitter can, at least in part, thank Donald Trump. 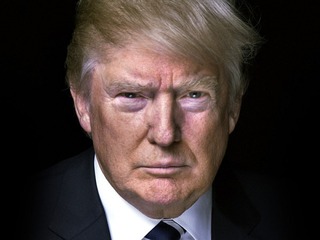 Poll shows most Americans want Trump to give up his Twitter 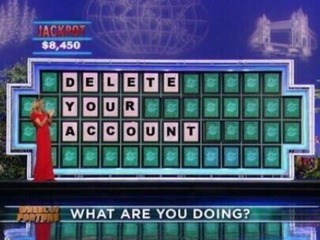