Her message to Trump, "Delete your account," was Retweeted over 500,000 times 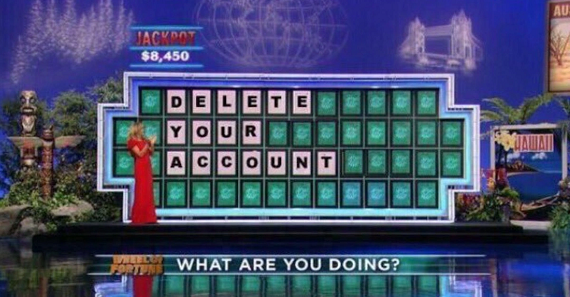 This election season has had far too many memborable moments, almost none of them good, many of which played out on Twitter, thanks mostly to Donald Trump and his itchy finger.

So, you'd think that it Trump would have managed to wrangle up the the largest number of Retweets this election season, starting in August of 2015, when the primary debates started.

Instead, it was actually Clinton, it was revealed on Monday, though she was, of course, aided and abetted by Trump.

Clinton's most Retweeted Tweet, and the largest of the whole campaign, was one that she sent out in June in response to Trump originally Tweeting out this gem about her being endorsed by President Obama.

I should note caused quite a stir on my Facebook page at the time, as many of her supporters were gleefully sharing it.

Trump's response to Clinton's response to him (say that three times fast!) wound up being the Republican nominee's most Retweeted of the season:

How long did it take your staff of 823 people to think that up--and where are your 33,000 emails that you deleted? https://t.co/gECLNtQizQ

If you're right now saying to yourself, "Is this really what political discourse has come to in this country?" then you're not alone. I think we should all be saying that right about now.

Hillary's second biggest Tweet over the last year and a half or so was from the moment during the first debate, when she called Trump out for blaming global warming on a conspiracy perpetuated by China to bring down the United States. He denied he ever said it.

"I never said that." —Donald Trump, who said that. #debatenight https://t.co/6T8qV2HCbL

Of course, he absolutely did say that, and that Tweet subsequently became Trump's third most Retweeted. (Technically, it probably shouldn't count because it came from four years ago, but it's too good to leave off)

The concept of global warming was created by and for the Chinese in order to make U.S. manufacturing non-competitive.

It wasn't just the candidates who were Tweeting out their thoughts about what's been happening. . In all, Twitter revealed that its users sent out 1 billion Tweets about the election.

"The historic 2016 U.S. election comes to a close tomorrow as voters across the country head to the polls and exercise their right to vote. This has been called the Twitter Election, with every step of the campaign playing out in Tweets from voters, candidates, and journalists," the company wrote.

The most Tweets were sent out about foreign affairs, garnering 50 million, followed by terrorism with 29 million, and the economy, which saw 25 million. There were 19 million Tweets about guns and 18 million about cyber security.

Twitter has, without a doubt, changed campaigns forever. The way that politicians engage with their constituents now is completely different than it used to be. No longer do they need to go through the media gateway; they can appeal directly to the people without a filter.

Trump really has been the Twitter candidate, and there's no turning back now. 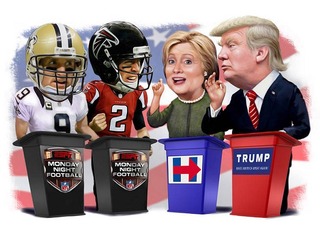