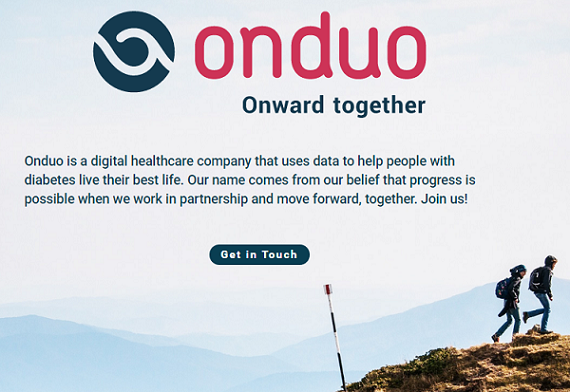 Diabetes has become a major issue, especially in the United States, where 29 million people, or 9.3 percent of the population, had the disease in 2014, according to stats from the CDC.

As Dave Vockell, founder and CEO of Lighthouse, a digital patient care program focused on diabetes, told me in an interview earlier this year, "By the time we're done having this conversation, two people will die of diabetes, one person will lose a foot, 35 people will hear that they have diabetes for the first time, and two or three will have a heart attack."

So, to say diabetes is a big, and growing problem, would be an understatement, but Google's parent company Alphabet thinks it can do crack it. It announced on Monday that is has teamed up with French drugmaker Sanofi to create a new company, called Onduo, to help solve the problem.

Onduo is a joint venture between Sanofi and Verily Life Sciences, formerly known as Google Life Sciences (the division was renamed in December of last year). Based in Kendall Square in Cambridge, its mission will be "to help people with diabetes live full, healthy lives by developing comprehensive solutions that combine devices, software, medicine, and professional care to enable simple and intelligent disease management."

Onduo will initally focus on type 2 diabetes, with the intention of eventually tackling type 1 diabetes as well. The plan is to develop solutions that will help people make better decisions about their day to day health, ranging from improved medication management to improved habits and goals.

The company also announced two initial partnerships, with Sutter Health of Northern California and Allegheny Health Network of western Pennsylvania, which will test the Onduo platform with healthcare professionals and people with type 2 diabetes in a clinical care setting.

“My experience as a physician and in leading consumer health initiatives has shown me the daily burden of living with diabetes,” Riff said in a statement.

“From monitoring food intake to testing glucose levels to actively seeking medical care, the challenges both on the physical and mental well-being of a person living with diabetes are incredibly difficult. We want to develop solutions that allow people living with diabetes to focus on the things they love and enjoy in life by providing tools to make dealing with their diabetes less burdensome.”

The partnership between Sanofi and Google was first announced at the end of August.

This is not the first time that Google/Alphabet has attempted to tackle the diabetes problem. In 2014, the company announced a smart contact lens, which measures glucose levels in the wearer’s tears via a tiny chip and mini glucose sensor embedded between two layers of contact lens material. It began testing the device in 2015.

Health has been a big topic of concern for Google for a while now, with many of its so-called "moonshot projects" focusing on health and well-being.

In addition to the smart contact lens, those initiatives have also included Baseline Study, which involves the collecting of genetic and molecular information from a group of people. It's latest project: using artificial intelligence to improve eye health.

The company also bought Lift Labs, the creators of an electronic device that improves the quality of life for those with Parkinson’s and essential tremor, and most recently partnered with the UK's National Health Service, in which Moorfields Eye Hospital will use Google DeepMind's technology to help detect eye diseases at an earlier stage.

Its biggest, and most ambitious, health-related project, though, is Calico, company that was founded by Google in 2013, and whose aim is to take on the aging process. The focus is said to be on health and well-being, particularly when it comes to aging and diseases associated with that process.