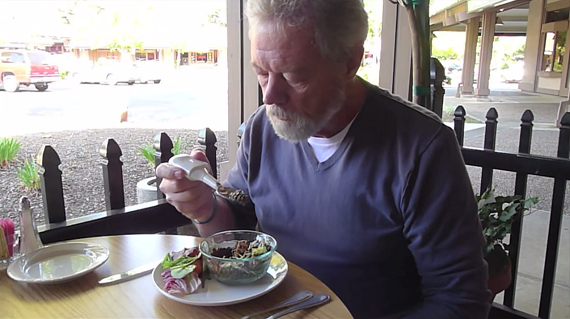 Google has taken an active interest in health lately, especially since CEO Larry Page revealed his own health problems last year. The company has made it its mission to, essentially, take on disease. And that desire had to the company making what is the now its 27th acquisition this year.

Google announced on Wednesday that us has acquired Lift Labs, the creators of an electronic device that improves the quality of life for those with Parkinson’s and essential tremor.

No financial terms of the deal were disclosed, but Lift Labs did reveal that it will be joining Google[x], aka Google’s “moonshot factory,” but that it will also continue to sell its Liftware system.

"Google will enable us to reach even more people living with Parkinson’s or essential tremor who could benefit from using tremor-canceling devices every day," the company wrote in a Google+ post.

Lift Labs has developed what it calls "Liftware," which is a device, costing $295, that uses stabilizing technology to detect, and then stabilize, tremors in patients with Parkinson’s, and other similar diseases. The Liftware Stabilizer currently comes with a spoon, soup spoon and fork attachment. The company notes that there are other attachments that it is working on, including a keyholder.

"We are a group of scientists and engineers working to develop new technologies to provide proactive care for people with essential tremor and Parkinson's Disease," the company says on its website. "Seeing our own friends and family suffering has motivated us to createLift Labs and focus on improving overall quality of life and independence."

For Google, the purchase makes sense, as many of its so-called "moonshot projects" have had to do with health and well being. That includes a smart contact lens for monitoring diabetes, as well as something called Baseline Study, which will involve the collecting of genetic and molecular information from a group of people.

"Today we’re welcoming the Lift Labs team into Google[x]. Their tremor-canceling device could improve quality of life for millions of people," Google said in a separate Google+ post.

"We’re also going to explore how their technology could be used in other ways to improve the understanding and management of neurodegenerative diseases such as Parkinson’s disease and essential tremor."

VatorNews has reached out to Google for further comment on the purchase, but the company had nothing further to add beyond the previous posts.

Here is a video with more information about what Lift Labs does: