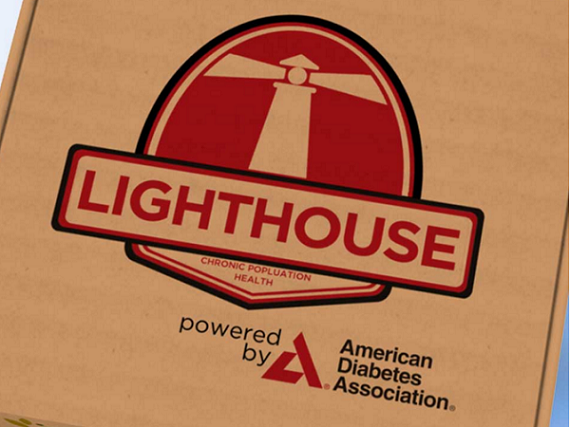 At Vator's Splash Health event last month, we crowned three winners: our Judges Winner, our Honorable Mention winner and the People's Choice, which was voted on by members of our audience.

The Judge's winner was Lighthouse.

Lighthouse is a digital patient care program that brings together patients, their primary physician, extended care providers and our dedicated team of nurses, counselors and dietitians that will re-write the standards of care for people living with diabetes and elevate the impact of great self-management.

I spoke to Dave Vockell, founder and CEO of Lighthouse.

Lighthouse's mission is to plug a gap that exists for patients with chronic care needs, who are not quite yet at the level of needing healthcare.

The company has put its focus specifically on patients who have diabetes, as that has become a major problem, especially in the United States, where 29 million people, or 9.3 percent of the population, had the disease in 2014, according to the latest stats from the CDC.

"By the time we're done having this conversation, two people will die of diabetes, one person will lose a foot, 35 people will hear that they have diabetes for the first time, and two or three will have a heart attack," Vockell told me in an interview.

To tackle the problem, Lighthouse partnered with the American Diabetes Association to create a chronic care health program, one also focuses on other chronic conditions as well.

"In 2016, in healthcare, there is an increased focus on efficiently spending dollars. When it comes to chronic care, money flows toward the patients that are the most expensive, and are the the soonest to need the healthcare system," said Vockell.

He identified three types of patients: those are are new to condition, meaning they have just been diagnosed with diabetes; mid-condition, where if they manage it they can maintain good health, but there are some implications if they dont pay attention; and acute, which means that their diabetes is serious and it's "red light time.

"There are fewer resources for mid-condition chronic care, that will help to slow them down from joining the acute club of chronic care patients," he said.

The typical customer for Lighthouse is a family practitioner, since the doctor that patients are most likely to see. Even if they have a heart condition, they typically don't see a cardiologist until they hit the acute stage, as Vockell explained to me. On the patient side, they have to be Medicare eligible, so they must be 65 and older.

"Once you hit 70, the typical person has one to three chronic conditions," said Vockell.

The company's program is pre-approved for a $500 per year Medicare incentive. Lighthouse integrates into the existing patient/doctor workflow through the Electronic Medical Record (EMR) system and helps the care team identify opportunities for care.

The doctor signs up patients for the Lighthouse program, and that allows them to qualify for a Medicare incentive of $42 per patient, per month. Once the doctor signs up the patient, they become the owner of that patient, even if the patient switches their doctor, though is not a very common occurrence.

If it does happen, the health data travels to the new physician, but until the new doctor signs up for Lighthouse, the old doctor still owns the patient. Lighthouse will contact the new physician to get them to try to participate, but that is not guaranteed, of course.

The power of the American Diabetes Association

While there are some companies out there that are helping doctors claim Medicare reimbursement, such as CareSync, and some that offer passive participation by giving doctors more data, Lighthouse takes a more active approach  by working with the standard of care from the American Diabetes Association and the American Heart Association.

The company also works with a mix of nurses, educators, and nutritionists that will follow up with patients each month to clarify care plan questions, reconcile meds and support health journeys.

In addition, Lighthouse has a partnership with the ADA, who is also the company's biggest investor. They review and approve all patient programs, and have helped Lighthouse sign up more physicians.

"We show up as the ADA. If you present to 25 patients and ask which program they want, and say CareSync or Medfusion, or do you want Lighthouse from the American Diabetes Association, 25 out of 25 will say they want Lighthouse. Our program comes with credibility built in," Vockell said.

The ADA has also already started to bring Lighthouse in on largest corporate partnerships, including retail health clinics and hospitals, which is a big deal for the company. If there is a a retail chain provides health services, Lighthouse's service might be added in.

"We're working with their volunteer teams to advance the cause of Lighthouse, and of delivering better care. Our relationship is not licensing deal, and it's not a list of health requirements. I talk to them three times a week, and we've been doing eight months of program review," Vockell said.

The origins of Lighthouse

Vockell comes from a long line of doctors, so healthcare is in his blood, so to speak.

"My dad's a doctor, and grandma and grandpa were doctors. That's one side of tree. On the other side of tree, my great grandpa was from Germany, and he moved to Africa to study giraffes, to find out why they didn't pass out when they bent over to drink water. He performed the first arterial bypass, and his student performed the first heart transplant," Vockell told me.

"I was genertically predisposed to healthcare."

While he began studying organic chemistry at Northwestern University, Vockell said he found himself more interested in artificial intelligence, and so he switched to computer science.

"I did startup tune up. I would go into companies that were struggling or flat-lining, where something wasn't right, and act as something between an advisor and a cleaner. I worked with a company that was doing SMS reminder programs, like get 10 percent off at Victoria's Secret this weekend. That started as something difficult, then got then super easy. So I worked for them for about a year, where we would migrate a set of tools for retail, and also pharma," he said.

"We delivered the first pharma mobile program which used patient data. That's when you find out pharma spends 99 percent of revenue on acquisition, and 1 percent on retention."

It was with his background in tech, and predisposition in healthcare, which led Vockell to launch Lighthouse.

"Just over a year ago we won an all scripts hackathon, and won the AHA's Best New Doctor Facing Tool. We were heart oriented at that time. I was doing some pro-bono advisory work for the ADA, and many people I was working with didn't know what I did for my outside job. I just helped the ADA land big corporate deals," he told me.

"After five or six months working there, they found out I do this, and I had just gotten an award, so they started the conversation of what would it take to convert this to diabetes focus, rather than cardiac focused, effort. So we crafted a deal."

This happened last summer, at the same time that the American Diabetes Association got a new CEO who wanted to focus on transforming the organization.

"The ADA a couple of years ago was funding research and scheduling bikeathons. But he wanted to know what could the ADA be in the lives of people with diabetes? What role should we have to advance quality of care? Fortuitously, what should ADA look like in 2010? Lighthouse was the way down the path to those things."

The company has now raised just under $300,000 in from a combo of friends and family as well as,Launchpad Digital Health, a health accelerator. The investment from the ADA won't hit until a few weeks from now.

"In the weeks since winning at Vator Splash, we've already gotten an invitation to join Phiser and Galvanize, to join co-working space training training data scientists. On the back of our Vator success, we got an invite for 6 month residency to advance cause of Lighthouse."

The future of Lighthouse

The company's ultimate goal is to help the ADA to become number one deliverer of diabetes care in the United States, and to touch more patients across diabetes as well as other issues, like heart disease and COPD.

"We want to finally begin to build a body of knowledge about how to change people's behavior in 2020 around chronic conditions," Vockell said.

"What's the most impactful way to impact patients digitally? It's one that considers digital plus humans. Tech often doesn't get past the text reminder, and cool mobile programs, but, still, today care is delivered by humans. The challenge is to make that interaction with a human the best, the most impactful and personal. It's a mix of tech and humans that gets this done."

Part of the company's commitment to its partners, and to the ADA, is to built the hard stuff that integrates into a doctors office. For example, a new kind of insulin pen where daily dosage is an important indicator.

"That ought to be present when you meet with your doctor. So we can say, 'Here's our API, make this part of the patient profile. The simplest answer, though is, working with patients, and advancing industry understanding of how to make healthy choices, and other innovations."

Digital health news, funding round up in the prior week; December 5, 2022 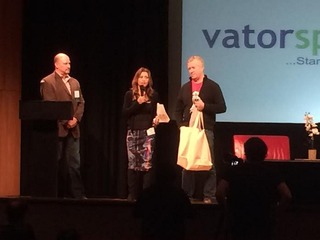 The winner of Vator Splash Health is LIGHTHOUSE!