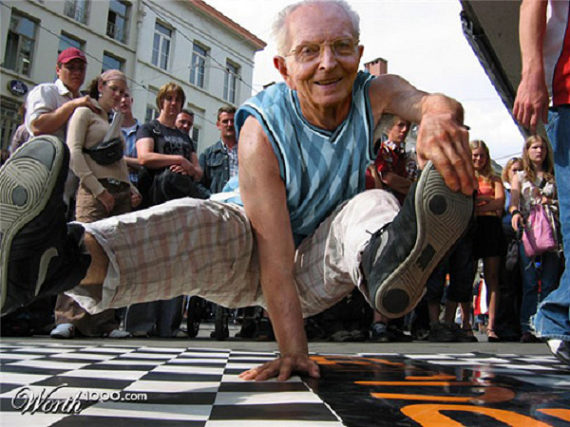 Google is not a company that shoots small. Whether it be an attempt to connect the entire world to the Internet by using balloons, or a car that can drive itself or a new piece of wearable technology that is meant to reshape how we view the world, this is a company that frequently dabbles in big and ambitious ideas. They are commonly known as "moonshot projects."

Now, as everyone who has an aging parent, or grandparent knows, we have a big problem in the country right now when it comes to taking care of the elderly. People are living longer, which requires more time and care. But, as they lose their physical and mental abilities, there is little that anyone can do for them. I witnessed it with my own grandparents recently, and it takes a big toll on everyone involved.

So who better to solve such a big problem than Google, which had decided to tackle it with its latest project, called Calico, it was announced.

Calico is a company, to be headed by Arthur Levinson, Chairman and former CEO of Genentech and Chairman of Apple, that is going to put its focus on health and well-being, particularly when it comes to aging and diseases associated with that process.

The project is so far pretty light on details; as Google CEO Larry Page wrote in a Google+ post, "still very early days so there’s not much more to share yet."

What he did share, however, was what she hopes to accomplish with this project.

"These issues affect us all—from the decreased mobility and mental agility that comes with age, to life-threatening diseases that exact a terrible physical and emotional toll on individuals and families," he wrote.

"And while this is clearly a longer-term bet, we believe we can make good progress within reasonable timescales with the right goals and the right people."

In a separate Google+ post of his own, Levinson shed just a little more light on how he became involved with the project, revealing Page approached him while he was serving on the board at Google, and that the name of the company is short for “California Life Company."

Beyond that, though, Levinson did the same thing that Page did: talked more about the big picture that anything specific.

"What underlies aging?  Might there be a direct link between certain diseases and the aging process? We agreed that with great people, a strong culture and vision and a healthy disregard for the impossible, we could make progress tackling these questions, and improving people’s lives," he wrote.

One thing that was not mentioned, but we can all speculate might have had something to do with this venture, are Larry Page's own health problems.

In May, Page revealed that he has been suffering problems with his vocal cords for years. 14 years ago his left vocal cord became paralyzed, a nerve problem that causes it to not move correctly, resulting in a weaker voice.

Health care has obviously been on Page's mind recently; following his announcement about his health, he also announced that he would be funding a research program through the Voice Health Institute, which will be lead by  Dr. Steven Zeitels from the Harvard Medical School and the Massachusetts General Hospital Voice Center.

The goal here seems to be to not simply extend life for as long as possible, beyond the point where it even makes sense, but to actually improve that life. That's a pretty noble goal, and I will be interested to see what advances Levinson and Page are able to bring to such an important cause.