IDG Capital and Breyer Capital team for $1B China fund

The fund will focus not only on companies in China, but global companies hoping to enter the market 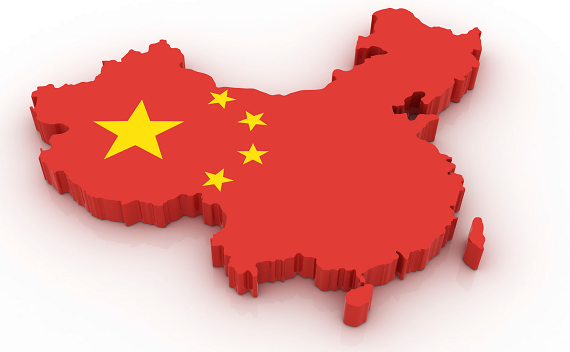 China has proved to be a difficult market to crack for many companies, but there's a good reason that so many of them salivate at the prospect of establishing themselves there: it has the largest number of Internet users on the planet, with over 720 million. That's still only a little over half the country's population.

That obviously represents a huge opportunity, not just for those companies, but for investors. IDG Capital Partners, a firm that has been investing in China for over two decades, announced on Tuesday that it has closed a new $1 billion fund, called IDG Capital Fund III, in conjunction with Silicon Valley VC firm Breyer Capital.

"Founded in 1993, IDG Capital Partners was one of the first foreign venture capital firms to enter the Chinese market and focus exclusively on Chinese companies," it says on IDG's website.

"Over the past two decades, we have supported many exceptional entrepreneurs who have gone on to build some of the world's leading technology companies. In the process, we developed an in-depth understanding of the Chinese market and established close partnerships with many of today's most influential business leaders."

In all, it has made investments in 450 companies in the past 23 years, 100 of which have successfully exited. Those investments include some pretty well known Chinese companies, such as Baidu, Tencent, Sohu, SouFun, Qihu 360, Baofeng, Xiaomi, and CreditEase.

IDG Capital Fund III will invest in technology, media & telecommunications, healthcare, energy, and consumer products. It won't only be putting its focus on companies in China, though, but also international companies that are seeking to enter the Chinese market.

“I have invested in China with the IDG team for over a decade and have been continually impressed by the caliber, creativity and drive of Chinese entrepreneurs working across a range of industries," Breyer said in a statement.

The trouble with entering China

As tempting as China can be, actually establishing a presence there can be a bit of a minefield. There are two examples of the precarious nature of going to a market with the kind of troubling political climate that currently exists in the country.

LinkedIn struck a deal to enter China in 2014, but soon after the announcement, the company came under fire after it admitted that it was only able to operate there because it complied with Chinese censorship laws. LinkedIn CEO Jeff Weiner defended the decision in a blog post written shortly after.

Despite all of that, the move paid off for LinkedIn, which had 13 million users in the country by the end of 2015, up from 4 million when it first got there.

More recently, Twitter, which has been banned in China since 2009, found itself in hot water after it appointed Kathy Chen as its first Managing Director of China in April. It didn't take long for users to freak out, though, when it came to light that she had started her career working for the Chinese military in the 1980s, most notably from Chinese activists worried about censorship.

Both examples show the fine line, and potential compromises, that companies would have to make to gain access to all those hundreds of millions of users.