"We're at the beginning of a golden age of online video," Zuckerberg said 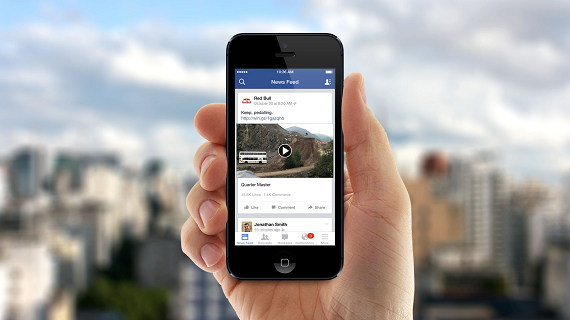 It's hard to overstate just how important video has become to Facebook. The company has made big bets on two types in particular: 360-degree and live streaming.

On a conference call following the release of the company's Q1 earnings report on Wednesday, Mark Zuckerberg hinted at newer types of video that could be coming along soon.

"We're at the beginning of a golden age of online video. Video isn't just a single kind of content. We think it's a medium that allows people to interact in a lot of new ways. So that's why in addition to normal Internet video, we're also focusing on more interactive video experiences like Live and 360 video," he said.

Later on in the call Anthony DiClemente of Nomura Securities International asked him if the live streaming market was big enough that multiple companies can succeed or if it would be "more of a network effect business where a vast majority of the traffic and economics will ultimately accrue to the leader in the live streaming space."

Right now there are billions of videos viewed daily on Facebook (eight billion at last count), but according to Zuckerberg, only a small percentage of them are viewed live.

"The reason why we give disproportionate attention to it is because we're trying to help push forward new formats that are not just about consuming content but are really about interacting, so Live, 360 video, and there will be others in the future," he said.

"I also think that there are going to be a lot more interactive forms of video than just Live and 360 like we're talking about now. And I think that this extends not just to video but for all the different types of media and audiences that we're serving. So we're very excited about continuing to do our work to help unlock all the expression and connection that people want to do."

Zuckerberg did not elaborate, however, on what these other forms of video might be.

Right now, though, its focus is still on 360-degree and live streaming.

Last year the company debuted 360 video ads, put them into newsfeeds on iOS and introduced new developer tools.  Facebook also revealed that it was working with several camera makers, including Theta, Giroptic, IC Real Tech, and 360fly, all of which are now providing in-app “publish to Facebook” options.

Earlier this month Facebook introduced a slew of new features to enhance its live video capabilities, turning itself into what can only be described as a live video hub.

That included users being able to broadcast live videos to Facebook Groups and Events, as well as Live Reactions, which let users show how they feel about a broadcast in real-time, using the same Reactions that the company launched in February.

The company also introduced Live Filters, which will let users draw or doodle on your video while live. These are coming soon; The ability to send an invitation to a friend to watch live video with you; and Facebook Live Map on desktop, so users can see what live videos are trending all around the world.

Facebook saw revenue of $5.38 billion for the quarter, beating Wall Street's estimates of $5.26 billion by 2.2 percent. Adjusted earnings per share came in at 77 cents in the quarter, 24 percent higher than the 62 cents a share that analysts had been expecting.

Advertising revenue was $5.2 billion for the quarter, an increase of 57 percent year-to-year. 82 percent of that came from mobile, up from 73 percent in the first quarter of 2015. Revenue from payments and fees for the quarter was $181 million, a 20 percent decrease year-to-year. 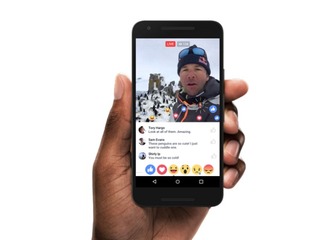 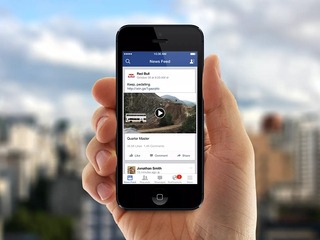 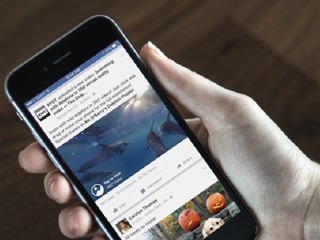