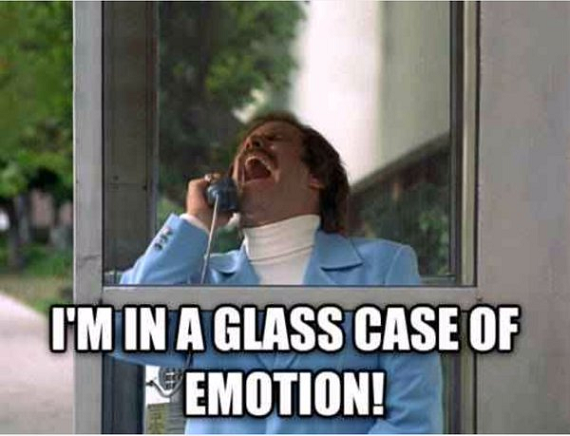 Let's face it. If you've been on Facebook long enough, you've probably paused at times when the "Like" button just wasn't the best way to express your feelings of say, condolences. Yet the "Like" button has become a universal catchall for the good, the bad and even the ugly.

To give users a larger selection to express their sundry moods and thoughts, Facebook debuted Wednesday a range of new emotions, or Reactions: Love, Haha, Wow, Sad and Angry.

The Like button is still there, though now, if a user holds it down on mobile, or hovers over it on desktop, they get access to those other emotions as well.

"Not every moment you want to share is happy. Sometimes you want to share something sad or frustrating. Our community has been asking for a dislike button for years, but not because people want to tell friends they don't like their posts. People wanted to express empathy and make it comfortable to share a wider range of emotions," Mark Zuckerberg wrote in a Facebook post.

"I've spent a lot of time thinking about the right way to do this with our team. One of my goals was to make it as simple as pressing and holding the Like button."

Here's a handy guide to how to use each new emotion:

First, let's go with anger. It's probably the closest thing we'll ever get to a Dislike button.

So whenever you see something that really boils your blood, like Donald Trump winning yet another state this is the button to go with. (Note: the "Sad" emotion would also work very well for this situation, depending on how you react to terrible, terrible news.)

Your best friend just got engaged? You shouldn't just "like" that, you should "Love" it! This is the greatest moment of their life, and all you can say is you like it? I mean what kind of friend are you, anyway?

I hope you this emotion sparingly (seriously, don't start saying you "Love" every single thing or I will go crazy), but according to Zuckerberg, Love is already the most popular reaction so far. Well, at least it's better than "Anger," right?

Got a friend who's always telling jokes? If you're not sure whether to "lol,"or to "haha," or perhaps even to "hehe," now Facebook is taking care of it for you. There's only one kind of laughter now, and you're going to use it!

Now let's hope Facebook doesn't get clever and start adding an "lol" emotion, cause then we'll be right back where we started!

Easily the most confusing new emotion is "Wow." I mean, I can tell you when I feel sad, or angry, but I don't know if I've ever felt "wow."

I guess a wow moment would be if your friend has something really extraordinary happen to them, like, "You guys, a just saw a cow flying in the air, while playing the piano with a zebra dancing on top of it!"

That would, of course deserve a "Wow!" Also a, "what kind of drugs are you on right now?" and "Do I need to get you help?"

Ah, sadness. Probably the reason these new emoticons were invented in the first place. Finally, a way to show that you really care about someone, without seeming weird or creepy about it.