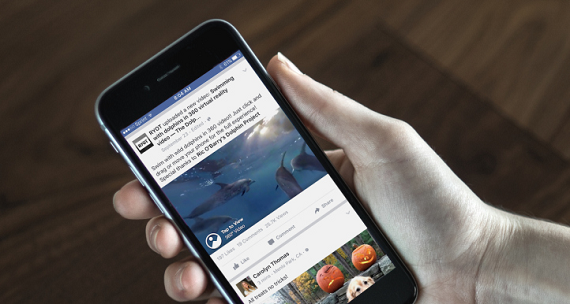 Facebook has seen the future of video, and it is going to be immersive. A few months after it launched the ability to share and view 360-degree, or “spherical,” video in News Feed for Android, Facebook is going all in on the idea.

The company has added the capablity to more platforms, and it has added more tools for developers, it was announced on Thursday.

First, the company has added capabilities iOS and is now allowing users with a Samsung Gear VR, as well as supported Samsung smartphones, to play 360 videos from News Feed in their Gear VR, "enabling a more immersive viewing experience."

Facebook also revealed that it is working with several camera makers, including Theta, Giroptic, IC Real Tech, and 360fly, all of which are now providing in-app “publish to Facebook” options.

That means that videos taken from cameras will be shareable directly from the native mobile apps.

It also added new resources for creators, including a new 360 video microsite, which is dedicated to providing relevant resources and information.

The new site includes guidelines, as well as common questions, and a set of best practices whih are authored by Chris Milk and Aaron Koplin of virtual reality studio Vrse.

It also introduced optional video control setting for Pages uploading 360 video on Facebook. Page owners will now have the ability to edit the initial camera position and vertical field of view before uploading their 360 videos, allowing for greater control in post-production.

"360 video represents an exciting creative opportunity for marketers that allows them to tell immersive stories, optimized for mobile devices," the company said.

360-degree videos allow users to view them from a variety of angles, all by simply tilting their phone. They are able to do this by shooting the video with a bunch of different cameras.

It has already proven to be successful. YouTube unveiled its own 360-degree videos back in March. It even has its own #360Video channel, dedicated solely to those videos, which now has over 568,000 subscribers.

This is important for Facebook for a couple of reasons. First is its interest in video, which has, somewhat surprisingly, become a strong platform for the company.

In January the company revealed that, in one year, the number of video posts per person had increased 75% globally. That number is even higher, 94%, in the United States. That has amounted to the number of videos, from both users and from advertisers, increased 3.6 times in that span.

The other important aspect of this is the huge financial opportunity that exists in virtual reality and augmented reality.

And, finally, is Facebook's huge advertising revenue. The company makes the vast majority of its funding off of advertising. Of the $4.5 billion it made in revenue this past quarter, advertising revenue accounted for $4.3 billion, a 45 percent increase from the same quarter the year before.

Combining Facebook's huge video audience, its big advertising revenue and the potential for VR could mean big things for the company in the future. 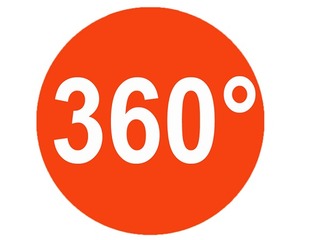