Twitter has made a big bet on livestreaming video, including its NFL deal, but so has Facebook 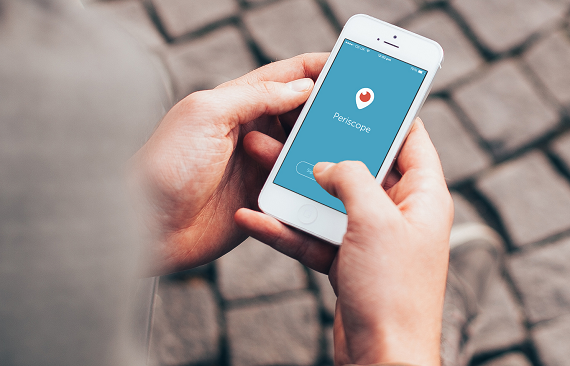 Wver since its acquisition of Periscope in early 2015, Twitter's investment in live video has started to define the company over the last few quarters.

In the last few months, Twitter won the rights to stream NFL games, and it released some impressive numbers for Periscope, which has now grown to over 200 million broadcasts, and over 110 years of live video watched every day across iOS and Android.

Of course, Twitter is not the only company going after this market, not by a long shot. One of its biggest competitors has been Facebook, which has been especially aggressive, introducing a slew of new features to enhance its live video capabilities earlier this month.

During Twitter's Q1 earnings call on Tuesday, Rich Greenfield, co-creator of the BTIG Research blog, flat out asked the company how Facebook's "desire to own live" would impact Twitter.

"We've been doing live for 10 years and we believe we have a leadership position in it," Twitter CEO Jack Dorsey answered, who said that, rather than just showing a live hosting event, Twitter goes deeper.

Showing a live event is "the easier way to get what Twitter is," according to Dorsey.

"Show people the great accounts, who are providing insight that you can't find anywhere else, who you can't find in your address book but you meet on Twitter through that experience. To connect them through a follow, and to encourage them in a conversation. That is exactly what we're focused on making sure that we continue to do," he said.

Because Twitter is public, distributed and "simple," Twitter becomes the fastest way to see events and it can reach a wider audience than, potentially, Facebook, which has a less open platform.

"We're working on making sure that we have the best experience out there, and using tech, appropriately, to increase that experience, and the enjoyment of the experience. Periscope is a great example of this, where we do have significant leadership position in live streaming video, and we want to make sure that it's the best, not only for broadcasters but for their fans, and the fanbase that watch those Periscopes."

The company had a mixed quarter, posting revenue of $595 million, an increase of 36 percent year-over-year million, but $12 million, and 2 percent lower, than the $607 million that Wall Street had been expected. It reported non-GAAP EPS of $0.15, beating expectations of $0.10 a share.

The less-than-stellar revenue was due to growth from large brand advertisers, which was "softer than expected," according to the company, though brand advertising remains its largest overall conributor to revenue.

"Revenue growth from SMB advertisers was once again the fastest, as we continue to focus on increasing the number of active advertisers we serve."

On top of its revenue miss, it, once again, saw sluggish user growth as well.

Twitter saw its average monthly active users (MAUs) grow a mere 3 percent year-to-year to 310 million, and up only 1.6 percent from 305 million last quarter. That is an improvement from its Q4 report, where user growth was flat quarter-to-quarter. However its annual growth in Q4 had been 9 percent, meaning that number is falling fast.

The company still has not figured out how to make its user numbers grow, despite finally figuring out a way to monetize logged out users, and doing things to make the service less intimidating to new users.