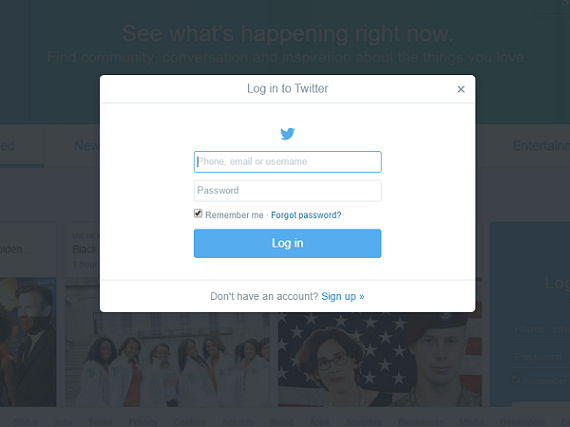 As Twitter's user growth stalled to a crawl, the company's plan to increase monetization became how to make money off of unique visitors, meaning people who came to the site and either didn't log in or didn't have an account at all.

This is something that Twitter has been talking about for well over a year, and besides a program launched earlier this year to run ads in Tweet streams on third party sites, it has not really gotten the ball rolling on that so far.

Now, finally, they are getting started on this, as the company announced on Thursday that it will be testing out Promoted Tweets for logged out users.

Doing this, Twitter said, means that marketers “will be able to speak to more people in new places using the same targeting, ad creative, and measurement tools." It will also allow marketers to "maximize the opportunities they have to connect with that audience."

How big is this opportunity for advertisers on Twitter? Pretty big. Average Monthly Active Users (MAUs) were 320 million for the third quarter, up 11% year-over-year, and compared to 316 million in the previous quarter. That kind of growth is not only anemic, but it pales in comparison to Facebook's 1.44 billion.

What really is not clear is how Twitter will be able to specifically target these ads. The company has gotten pretty good at knowing who its users are, and what they want to see. Earlier this year the company introduced a new feature called Partner Audiences, which basically allows Twitter to follow its users around the Web and then show them relevant ads based on that activity, or "intent."

So once they figure out what you like to eat, for example, they can start sending you ads for that product before you even need it.

It's not clear that Twitter will be able to do the same thing for its logged out users, especially if they are sharing that computer with other people. So, by extension, the question for Twitter has to be what the value of these 500 million logged out users is, versus the value of a user they can more specifically target.

Initially the test for these ads will support campaigns driving website clicks or conversions, or video views. These Promoted Tweets and Videos will appear on profile pages and Tweet detail pages on desktop web only, the company, said, at least for now.

They are also limited geographically to selected advertisers in the US, UK, Japan, and Australia, though Twitter says that it will be rolling them out to more places at some point down the line.