Pebble cuts 25% of its staff as it struggles against Apple 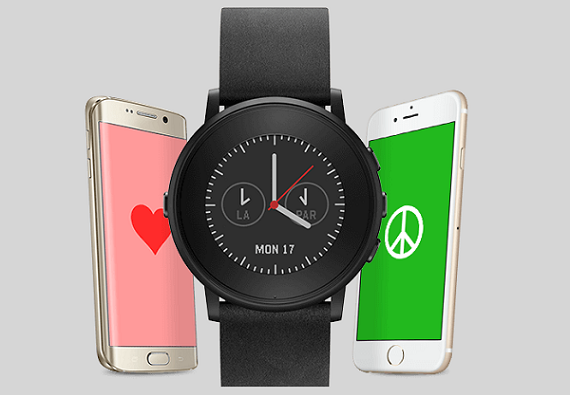 Is the wearables space in trouble? The same week that Apple lowered the price of the Apple Watch, now comes layoffs at one of the most notable companies in the space.

Pebble is laying off 40 employees, Eric Migicovsky, the company's CEO , told Tech Insider on Wednesday. That is equal to 25 percent of its current staff.

However sales have been sluggish. As of last year the company had only sold 1 million devices. By contrast, there were 17 million smartwatches bought last year, and more than 50 percent of them were Apple Watches.

Migicovsky partially blamed the layoffs on how difficult it has been to raise funding. And while there is evidence that shows that this a problem for the wearables space, the company is also contradicting itself, as he also told Tech Insider that the company has raised $26 million over the last eight months in  a mix of debt and venture capital from undisclosed investors.

Migicovsky partially blamed the layoffs on a slowdown in the venture capital market, which has hit the wearables space particularly hard.

Only $370 million was invested in wearable companies in 2015, down a significant 63 percent from the $1 billion invested in the year prior.

However it seems like Pebble has not had much of a problem in this area, as Migicovsky also told Tech Insider that the company has raised $26 million over the last eight months in a mix of debt and venture capital from undisclosed investors. This is the first equity funding that Pebble had raised since its $15 million Series A, all the way back in 2013, which was led by Charles River Ventures

So while what Migicovsky said is true, it also doesn't seem to really apply to his company.

The wearables space seems to be in an odd place right now, where sales seem to be healthy, but investments do not.

In all, 39.5 million adults in the United States used at least one wearable, including a smartwatch or a fitness tracker, in 2015. That was an increase of 57.7% over the 25. 1 million who used them in 2014. That included 17 million smartwatches, more than 50 percent of which were sold by Apple.

And those numbers are expected to explode after that. This year, there are expected to be 63.7 million wearable users, or nearly 30% of Internet users and 25 percent of all adults in the United States.

Yet there are troubling signs. Not only Pebble making drastic cuts to its workforce, but also Apple cutting the price of the Apple Watch by $50, leading some to believe that Apple is unhappy with sales so far.

There is also the case of Fitbit, the most notable wearables company to go public. It was named the best IPO of 2015, but has been struggling lately enduring investor trepidation about its line of smartwatches.

Its stock price has suffered as a result. It is trading down 50.83 percent year-to-date and is down 27.2 percent from its $20 IPO price.

VatorNews has reached out for independent confirmation of the layoffs. We will update this story if we learn more.