The round was led by Google, along with KPCB, Andreessen Horowitz, Qualcomm Ventures and others 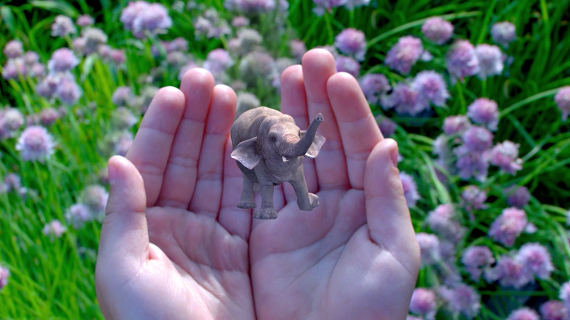 Magic Leap, a company still in stealth mode, and whose true purpose remains shrouded in mystery, has just raised a huge round of funding from a who's-who of Silicon Valley venture capitalists. So color me intrigued.

The company announced on Tuesday that it has raised $542 million in a Series B round of funding. Google led the round, with participation from Qualcomm Ventures, Legendary Entertainment, including a personal investment from CEO Thomas Tull, KKR, Vulcan Capital, Kleiner Perkins Caufield & Byers, Andreessen Horowitz, Obvious Ventures, and other investors.

Magic Leap had previously raised a $50 million round in February from undisclosed investors, bringing its total raised to $592 million. All that money for a company that nobody knows anything about!

Well, that's not exactly true, but it is pretty vague. Here is how Rony Abovitz, president, CEO and founder of Magic Leap, described it in a statement: "Magic Leap is going beyond the current perception of mobile computing, augmented reality, and virtual reality. We are transcending all three, and will revolutionize the way people communicate, purchase, learn, share and play."

On its website, the company states that it comes from the "idea that computing should be shaped and forged to work for us: our life, our physiology, our connected relationships. That exploring human creativity is as great an adventure as exploring space."

Current technology, Magic Leap says, "take us away from the real world" and it believes that computing should "feel completely natural."

Magic Leap seems to be a new type of wearable, which it calls a "Digital Lightfield," one that would somehow alter our the way that people interact with their surroundings. If true, and with such a hefty investment from Google, perhaps integration with Glass could be in Magic Leap's future.

"It is biomimetic, meaning it respects how we function naturally as humans," according to Magic Leap.

"In time, we began adding a number of other technologies to our Digital Lightfield: hardware, software, sensors, core processors, and a few things that just need to remain a mystery," Magic Leap says on its website. "The result of this combination enabled our technology to deliver experiences that are so unique, so unexpected, so never-been-seen-before, they can only be described as magical."

VatorNews has reached out to Magic Leap for further comment. We will update this story if we learn more.