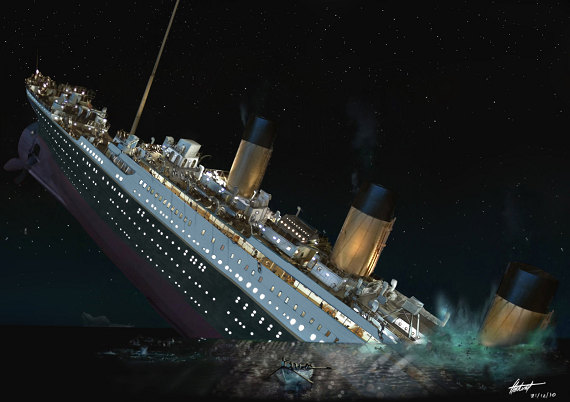 With the rumors, and then confirmation, of a mass exodus of executives from Twitter on Sunday, everyone should have been expecting the company to have a bad day on Monday.

While Monday was not good for Twitter by any means, it could have been worse. A lot worse. So maybe that's something.

First, the company was downgraded by Scott Devitt, analyst at Stifel, who had only recently upgraded the company in the third quarter of last year, after being a "long-time detractor," because he thought that there was "the possibility that the company may finally be focused on fixing its product and strategy problem."

Now, with so many high ranking employees leaving, Devitt took the stock back to Hold.

"While we may not be the sharpest tools in the shed, we don't see how the departure of the heads of three major business divisions can be viewed as a positive in the middle of an attempted business turnaround," he wrote in a note, ending with "sorry."

Stifel says "we may not be the sharpest tools in the shed", but downgrades $TWTR anyway pic.twitter.com/cAzTSyj3h2

Stifel was the only firm to downgrade Twitter, but it is far from the only one to express unhappiness with these developments.

“At best – for investors – [the changes] likely delay the timetable of any turnaround,” Citigroup analyst Mark May wrote in a note. He maintained his “neutral/high risk” rating on Twitter shares.

SunTrust Robinson Humphrey analyst Robert Peck reduced his rice target on Twitter from $34 to $26 per share, but kept it as a buy.

"Investors we speak with are almost universally negative on Twitter and its prospects," he wrote in a note early Monday. "While we never like to see executive turnover and one could infer that there are product and media concerns in the [short term], we continue to think that [long term] Twitter presents an interesting opportunity for investors.”

Twitter lost five high profile employees on Sunday: Katie Jacobs Stanton, the company’s VP of global media; Kevin Weil, it's SVP of product; Alex Roetter, who is and SVP of engineering, and Brian “Skip” Schipper, Twitter's Vice President of Human Resources, and Jason Toff, general manager at Vine, all of whom chose to leave Twitter.

This comes after Mike Davidson, Twitter's Head of Design, announced he was departing in December. In the two weeks prior to that Twitter had also lost engineer Utkarsh Srivastava, who helped the company build its ads business, and it also saw the departure of Glenn Otis Brown, who has been heading up Twitter’s video ad program. Srivastava left for Google, while Brown went to Betaworks.

The biggest departure of the past year, was, of course, that of CEO Dick Costolo in June. After struggling mightily to get Twitter back on its feet, and to get its user numbers back up, he was forced to resign his position over the summer.

Newly appointed CEO Jack Dorsey has been trying to turn the ship around, but his efforts have, so far, been for naught.