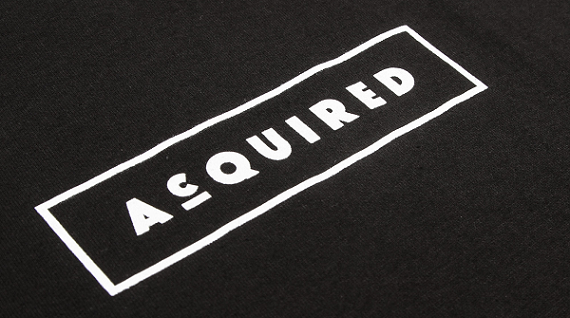 Consilio, a provider of eDiscovery and Document Review Services, entered ina a definitive agreement to acquire the Huron Legal practice of Huron Consulting Group, a provider of business consulting services. No financial terms of the deal were disclosed.

Upon closing, the combined organisation will become one of the largest global eDiscovery, document review and legal consulting service providers.  Huron Legal’s more than 450 employees will join Consilio.

The transaction is expected to close by December 31st, 2015 followed by an integration period of several quarters as the two businesses align systems and processes.

Anoto Group AB, a provider of digital writing and drawing solutions, completed its acquisiton of smartpen maker Livescribe. No financial terms of the deal were disclosed.

Livescribe is now a wholly-owned subsidiary of Anoto and will continue to operate as the company’s consumer-facing brand.

Anoto has acquired Livescribe’s entire business operations, technology, and intellectual property. Livescribe CEO Gilles Bouchard, who has led the company since 2011, will begin transitioning out of the company in January 2016.

Founded in 2007, Livescribe had raised $68 million in venture funding.

The initial acquisition was first announced in November.

Israeli Website and app analytics company SimilarWeb acquired mobile intelligence company Quettra. While no financial terms of the deal were disclosed, VentureBeat is reporting that the deal was worth at least $10 million, though likely not more than $20 million.

Going forward, the company will be absorbed by SimilarWeb, as founder Ankit Jain will be joining the SimilarWeb executive team, and will be leading the company's newly established office in Mountain View. In addition, the entire Quettra team will be going to work at SimilarWeb.

The Quettra brand will merge into SimilarWeb's in coming months but the service will continue uninterrupted.

Pinterest acquired The Hunt, a service for finding products and  purchase items inspired by those photos on social networks. No financial terms of the deal were disclosed.

The Hunt co-founder and CEO Tim Weingarten, along some of the company's core product team, will be joining Pinterest's engineering and product teams. The Hunt has chosen to sunset their service after the New Year.

Founded in 2013, The Hunt had raised over $16 million from investors that included Khosla and Javelin Venture Partners.

Pinterest acquired Pext, an app that turned text messages into memes by helping users instantly discover images relevant to their messages. No financial terms of the deal were disclosed.

Pext chosen to remove the app from Google Play and the App Store right away. The company's co-founder Harsh Goel will be joining the Pinterest monetization team.

Pext had raised an undisclosed amount of angel funding from the Smart Start Fund.

TransUnion has already integrated Trustev technology into its ID Manager product, and customers have experienced up to a 60% decrease in fraud losses while boosting approvals.

The company had raised $290,000 in funding from Akash Agarwal, Anupam Mittal, Himanshu Aggarwal and Manish Vij.

The founding members of Fat Rascal have produced such titles such as Zynga Slingo, Matrix Online, and Hidden Chronicles.

Alibaba Group Holding Limited entered into a definite agreement to acquire the South China Morning Post and other media assets of SCMP Group Limited. No financial terms of the deal were disclosed.

Besides the broadsheet, other SCMP titles include the Sunday Morning Post, its digital platforms SCMP.com and related mobile apps, and the two Chinese websites Nanzao.com and Nanzaozhinan.com.

The acquisition also includes a portfolio of magazine titles including the Hong Kong editions of Esquire, Elle, Cosmopolitan, The PEAK and Harper’s Bazaar.

Interactive Intelligence, a provider of software and cloud services, acquired Customer360, a developer of Software as a Service applications that help businesses enhance customer relations using non-voice communications channels. No financial terms of the deal were disclosed.

Customer360 offers a Customer Engagement Platform that includes video chat and mobile apps for live chat and helpdesk.  Customer360 has more than 1,000 customers, including 4,000-plus agents using its platform. Customers include Housing.com and Yatra.

Co-founders CEO Mitul Thakkar and COO Mayuresh Shilotri, along with the complete Customer360 team of approximately 30 employees are joining Interactive Intelligence. Employees will remain at the Customer360 headquarters office in Mumbai.

Paycor, a provider of cloud-based workforce management software, acquired Newton Software, a provider of applicant tracking software for organizing and improving internal recruitment programs of small and medium-sized businesses. No financial terms of the deal were disclosed.

As a result of this acquisition, Newton Software will become a distinct business unit within Paycor.

The union adds to Paycor’s strategy, strengthening its offering in the talent acquisition arena. Paycor will use Newton Software’s San Francisco and Fort Collins, Colo. offices as anchors for its expanding West Coast operations.

ABM, a facility solutions provider, acquired Westway Services, a provider of technical facility and engineering services. No financial terms of the deal were disclosed but it was an all cash deal.

The acquisition supports ABM's transformation into a solutions-driven business. The sale provides private equity investors Maven and Mobeus with an exit from Westway, having backed the management team in a buy-out in June 2009.

By combining their areas of expertise, the two companies will be able to manage the multiple security aspects involved in mobile payments.

Founded in 1978, Computron went public in 1995, changing its name to AXS-One in 2000. In 2006, the Enterprise Financials division of AXS-One was acquired by Parallax Capital Partners. Computron has offices in Australia, England, South Africa and the United States.

Founded in 2011 Marketyze had raised $1.6 million in venture funding from the Trump Group, and Incentive.

Internet domain registrar and web hosting company GoDaddy acquired the "vast majority" of domain names in the Worldwide Media domain name portfolio. No financial terms of the deal were disclosed.

This acquisition consists of approximately 70,000 domain names, including 373.com, Faculty.com, CarAuctions.com, and iBill.com. It also includes names targeted at small businesses such as BikeRentals.com, EventPlanning.co, and KitchenChef.com. These names are now available for purchase by anyone looking to establish or enhance their digital identity.

GoDaddy plans to list the majority of the names on Afternic's Fast Transfer Network (DLS). Afternic, purchased by GoDaddy in 2013, operates the world's largest premium domain reseller network that includes 18 of the Top 20 registrars.

Management will continue to invest in the business going forward and HgCapital intends to retain a minority stake.

TeamSystem, founded in 1979, is a provider of software applications to professionals and enterprises in Italy across different segments, with over 200,000 customers.

OneLogin, an identity management provider, acquired Cafésoft, a provider of on-premise Web Access Management software. No financial terms of the deal were disclosed.

The company will use the acquisition to launch a new set of capabilities addressing the needs of enterprises with hybrid on-premise and cloud-based IT environments.

The technology allows OneLogin to provide a more comprehensive identity solution for hybrid environments, including simplified on-premise Web Access Management and a complete replacement for CA Single Sign-On, Oracle Access Manager and others.

With about 310 employees, UpWind Solutions currently services wind power plants in nine US states with a total capacity of more than 3 GW. The company is expecting to report consolidated revenues of $55 million in 2015.

Online and mobile food-ordering company GrubHub completed acquisition of Delivered Dish, a restaurant delivery service that connects consumers with local restaurants. No financial terms of the deal were disclosed.

The acquisition of Delivered Dish will help to accelerate GrubHub's growth by leveraging their market knowledge and GrubHub's scale to provide delivery at lower overall costs.

Based in Portland, Ore., Delivered Dish works with hundreds of restaurants in seven markets across the Pacific Northwest and Southwest, including Denver, Las Vegas, San Diego, Portland, El Paso and Albuquerque.

Vevo, a music video platform, acquired Showyou, a platform that helps people find and share their favorite videos. No financial terms of the deal were disclosed.

As a result of this acquisition, Remixation, the company that made Showyou, will be shutting down. Seven of Showyou's 10 employees are joining Vevo as part of the deal. 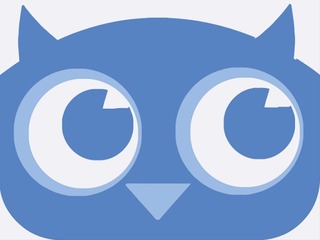 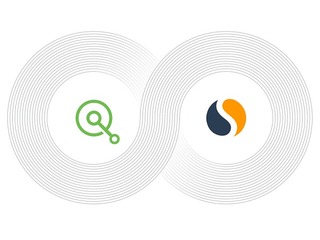