The Quettra brand and team will be integrated into SimilarWeb, forming its new Mountain View office 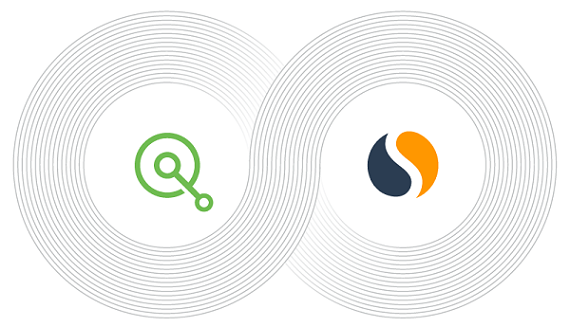 I have so many apps on my phone, and I barely use half of them. I download them, use them for a few days, then forget about them. And then when I need space on my phone, guess what happens to those apps? Yup, deleted.

Of course developers don't want me to do this. They want me to use their apps. That is the idea behind Quettra, a mobile intelligence company focusing on personalizing mobile experiences and monetization. The idea is to cater apps directly to the user.

The idea is pretty appealing; so much so that Israeli Website and app analytics company SimilarWeb went out and bought Quettra, it was announced on Thursday.

While no financial terms of the deal were disclosed, VentureBeat is reporting that the deal was worth at least $10 million, though likely not more than $20 million.  VatorNews reached out to SimilarWeb, but the company would not confirm this figure.

Quettra was founded in 2013  founded by Ankit Jain, who was formerly the former head of Search and Discovery for Google Play store, with "the vision to build an intelligent, sustainable, and profitable ecosystem to personalize, engage, and monetize the right mobile audience at the right time," Jain wrote in a blog post.

The company allows for first impressions to be tailored specifically to an apps users, using such statistics as demogaphics, the user's interests, their persona (such as if they are a book lover or a new parent), even their favorite brands, resulting in higher retention rates, increased user activity, and improved revenue efficiency.

Quettra has distributed software that has seen over 185 million mobile devices in over 150 countries.

Going forward, the company will be absorbed by SimilarWeb, as Jain said he is joining the SimilarWeb executive team, and will be leading the company's newly established office in Mountain View. In addition, the entire Quettra team will be going to work at SimilarWeb.

"The Quettra brand will merge into SimilarWeb's in coming months but the service will continue uninterrupted. In the coming months, there will be updates to the product that make it even better based on the combined features of the two platforms," a spokesperson for SimilarWeb told me, though he said there is also no set timeframe for that integration.

There is no timetable given for when Quettra will sunset, or what will happen to its existing customers.

For Quettra, becoming part of SimilarWeb gives it access to a broader swath of customers, and more tools.

"Our team’s acquisition by SimilarWeb will give us the opportunity to empower even more mobile developers with a suite of tools and ultimately, to be a part of the world’s most comprehensive business intelligence platform. The combination of deep engagement analytics with the highest quality competitive intelligence will allow our developers to create the most engaging and impactful products possible," Jain said.

By buying Quettra, SimilarWeb gets to "address some of the biggest challenges facing app developers," wrote Benjamin Seror, VP of Product Management at SimilarWeb.

That includes the vast majority of users no longer using apps after just a few days after downloading the app.

"With the rapid rise of mobile apps, the user experience has been the primary victim of churn," he said, "Besides the obvious business ramifications for developers investing resources in dormant apps, the mobile user experience suffers as a direct result."

"The synergy with the SimilarWeb mission is the game-changing opportunity Quettra can now offer the mobile app community. Not only will app makers track their own users at a much deeper level, they will also benchmark performance across industries.  Companies can use new and unprecedented insights, alongside the biggest and most diverse panel in the world –used by SimilarWeb to collect data —  to outsmart and out-strategize the competition."