Bed Bath & Beyond acquired PersonalizationMall.com, an online retailer of personalized products. No financial terms of the deal were disclosed.

SportsHub, a provider of fantasy sports products and services, acquired LeagueSafe, an online payment solution for collecting and protecting fantasy dues. No financial terms of the deal were disclosed.

LeagueSafe will operate as a separate division with Paul Charchian, founder of LeagueSafe, retaining his previous responsibilities while also taking on a senior role with thefantasy SportsHub management team.

The LeagueSafe wallet system will be used accross all SportsHub properties to ensure a commerce ecosystem that will allow users from any game SportsHubs can own apply their funds/winnings to additional games and contests.

NFC will operate as a separate division with GM Greg Ambrosius retaining his previous responsibilities while also taking on a senior role within the SportsHub management team.

Tesla completed its acquisition of solar energy services provider SolarCity. The deal is worth $2.6 billion.

The acquisition was first announced in August, and was approved by shareholders last week.

The deal was touted as "creating the world's only vertically integrated sustainable energy company," by bringing together Tesla's Powerwall and Powerpack stationary storage products and SolarCity's solar solutions.

Tesla expect sSolarCity to immediately account for 40 percebt of the assets of the combined company on a historical cost basis, to contribute over $1 billion in revenue in 2017, and to add more than half a billion dollars in cash to Tesla’s balance sheet over the next 3 years.

Founded in 1998, Dyn's solution is powered by a global network that drives 40 billion traffic optimization decisions daily for more than 3,500 enterprise customers, including Netflix, Twitter, Pfizer and CNBC.

The company had raised $88 million in venture funding.

The Climate Corporation, a subsidiary of Monsanto Company, which helps farmers sustainably increase productivity of their farming operations, acquired VitalFields, a European farm management software company. No financial terms of the deal were disclosed.

Yhe VitalFields team will join The Climate Corporation, strengthening the company’s efforts to deliver industry-leading digital technologies to farmers around the world.

VitalFields’ tools will continue to be sold in Europe and team will continue operating in Europe. Climate plans to expand the VitalFields user base to help European farmers uncover valuable field insights and use field data to improve productivity.

Founded in 2012, VitalField had raised $2.22 million in venture funding.

Google acquired Qwiklabs, a provider of lab learning environments for devs and IT pros. No financial terms of the deal were disclosed.

Founded in 2012, over half a million users have collectively spent over 5 million hours learning cloud technology through Qwiklabs' platform

Amazon purchased two of Biba's patents, one related to video conferencing, and another related to audio streaming.

Oculus is going on a recruitment drive, with over 100 positions available, mainly in its U.S. offices. But the company is making big moves across the globe.

The 10-man team at Zurich Eye would be joining Oculus as part of a new office in Zurich, Switzerland.

The company was formed of members of the University of Zurich and another university, EMT Zurich.

Symantec, a provider security products and solutions, acquired LifeLock,a  provider of proactive identity theft protection services. The price was $24 per share or $2.3 billion in enterprise value.

Symantec expects to finance the transaction with cash on the balance sheet and $750 million of new debt.  Symantec’s board of directors has also increased the company’s share repurchase authorization from approximately $800 million to $1.3 billion, with up to $500 million in repurchases targeted by the end of fiscal 2017.

The deal, which was approved by the boards of directors of both companies, is expected to close in the first calendar quarter of 2017, subject to customary closing conditions including LifeLock stockholder approval.

Founded in 2003, Skyscanner serves 60 million monthly active users and available in over 30 languages. The company had raised $197.19 million in funding.

The boards of directors of the Company and Skyscanner have approved the transaction, which is subject to customary closing conditions, and is expected to close by the end of 2016.

With this acquisition NC4 will expand its cyber threat sharing solutions through automation for both individual companies as well as critical infrastructure sectors such as the financial services industry.

NC4 acquired Soltra from its owner-founders, the Financial Services Information Sharing and Analysis Center and The Depository Trust & Clearing Corporation.

NC4 will be providing support services, financial support, planning and direction for Soltra's future, with input from the member community and the FS-ISAC.

QD Vision will become part of Samsung's research and development unit in the hope of creating quantum dot LED displays suitable for the consumer market.

Current President Michael Cojanu will not be coming over to Pathmatics, but WRW’s remaining six-person team will become Pathmatics employees. WRW will retain its Toronto headquarters and look to expand its internal product development team. WRW’s 500+ clients will not be impacted during the transition.

WRW will continue to operate its distinct product while both teams internalize product development efforts. Both teams first started exploring the acquisition after referring potential clients to one another.

CD Baby plans to revamp Show.co's dormant app Sounddrop. The app will be the new home for many Loudr artists, the distribution service CD Baby acquired earlier this year.

Founded in 2014, Show.co is used by more than 5,000 labels and artists. The company plans no changes to its services.

VMS Rehab Systems, a provider of ‘quality of life’ products and services, acquired Interactive Health Systems, an electronic health company.  No financial terms of the deal were disclosed.

The company has plans to merge its newly developed quality of life home healthcare E-commerce platform into the Interactive Health Systems business on or before the end of Q1 2017.

The deal will bolster Telstra's managed security services worldwide. Telstra had been an existing customer of Cognevo prior to the purchase agreement.

The acquisition is still subject to certain conditions.

The Carlyle Group, a global alternative asset manager, agreed to acquire a majority share of CMC Networks, a Pan-African provider of managed connectivity solutions for global telecoms providers. No financial terms of the deal were disclosed.

Investec Equity Partners, who was represented by Richard Tunstall on CMC’s board, will sell its stake in the company, and the founder and management team will invest alongside Carlyle.

The transaction is expected to close in the first quarter of 2017, subject to regulatory approval and other conditions.

Carlyle was advised on the transaction by ENS and E&Y. The Bank Street Group LLC served as exclusive financial advisor to CMC.

Marlin Equity Partners, a global investment firm, acquired a majority interest in Edgenet, a provider of cloud-based product content software. No financial terms of the deal were disclosed.

Since Edgenet was acquired by current CEO Steve Proctor, Executive Vice President Tim Stafford, private equity firm Resolute Capital Partners and other Nashville investors in 2014, the company has experienced a 40 percent increase in recurring revenue growth over nine consecutive quarters and has nearly doubled the number of customers in its network.

Founded in 1990,  Edgenet is headquartered in Nashville, Tennessee with a divisional office in Milwaukee, Wisconsin.

The Falcon Group, a provider of  engineering and architectural solutions, completed an acquisition agreement with Vantage Vertical, a drone aerial imaging services firm. No financial terms of the deal were disclosed.

This new venture will allow The Falcon Group to provide safer, more detailed inspections, forensic engineering studies and construction site progress reports for a multitude of existing and potential clients.

Abaco Systems, a provider of open architecture computing and electronic systems, acquired 4DSP, a manufacturer of data acquisition and signal processing products. No financial terms of the deal were disclosed.

The acquisition underscores Abaco's plans to serve customers with mission ready systems based on best-in-class open architecture platforms that reduce risk and accelerate time to deployment.

Pierrick Vulliez, CEO of 4DSP, and his team will join Abaco immediately.

4DSP serves hundreds of customers across multiple industries and works with some of the most prestigious defense and aerospace organizations.

Sidetrade, a provider of Predictive Sales-to-Cash solutions, acquired artificial intelligence start-up BrightTarget. No financial terms of the deal were disclosed.

The acquisition is fully in line with Sidetrade's strategy to enhance business performance via the Sales-to-Cash cycle.

Through this purchase, QuikrHomes launched its cashless managed rentals solution.

Quikr will integrate Grabhouse’s products and technology stack into QuikrHomes. Grabhouse will continue operations as an independent brand for managed rental homes. As part of the overall integration process, its founders and entire team will move to the Quikr HQ. 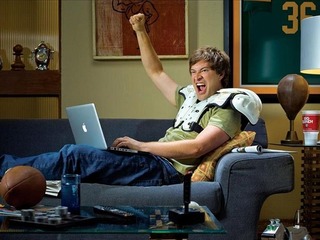 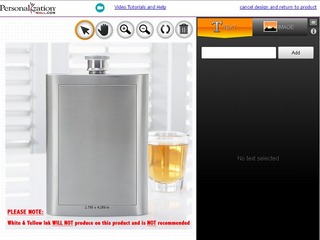