Countable is a platform for learning about issues, and influencing Representatives on how to vote 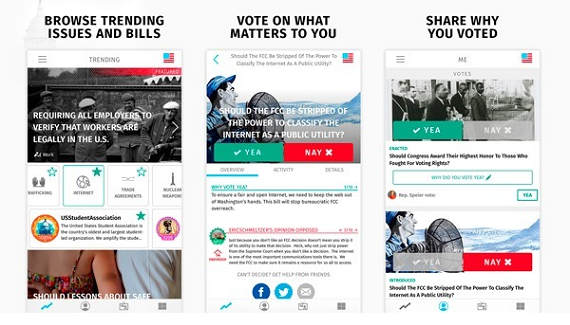 Before I moved to California three years ago, I was working as a political reporter for a different website. Well, I'm not sure if you could call what I did "reporting" exactly. Basically, I watched cable news, specifically Fox and MSNBC, and then pulled out the best clips and wrote up what had happened, along with a video.

This was both a good and bad thing for me to do. On the one hand, I was extremely up on the issues at the time, to the point where people were impressed by my level of knowledge on what was happening. On the other hand, cable news is soul crushing, repetitive and extremely negative. Everything is framed in extremely partisan terms, people are demeaned and ridiculed and there's so more hyperbole and fear mongering than you can imagine.

Given that that's how most of us probably get our political news these days, it's no wonder that people are so disengaged. Most people probably couldn't tell you who the Vice President or Secretary of State are, let alone their own Representative.

So how do you crack that nut? Countable, the winner of the our Startup Showcase Alley at last month's Vator Splash Oakland, thinks it has the answer.

Countable is an iPhone app, Android app and website where users can learn about issues, influence their representatives in government, and rally their community and friends around those issues.

"The problem is stark one, one that most people feel pretty directly, that politics, government, your lawmaker, all of that is kind of a mess and fairly complicated to understand," Bart Myers, founder and CEO of Countable, told me in an interview. "The process of trying to understand it tend to get pretty frustrating, and most Americans don't. They stay away from it, because its kind of nasty."

This creates a big issue though: these are people who are elected to represent the people, and vote on their behalf.

"If they are not going to effectively do that, and no one is going to tell them how to vote and evaluate their job who then are they representing? what job are they doing?" he said.

Countable aims to be the solution by making politics seem less like work, and more like fun.

"We go at it in a new and novel way. We come from a traditional app background, my team, and our specialty is building beautiful, simple, engaging, fun products that don't feel onerous and don't have friction. We take that experience and apply to it to the political process," said Myers.

"We go at solving it by taking the politics out of it, making it relevant and actionable for average voter and user."

Another big part of what Countable does is take a mobile first approach, Myers said.

"We built an app platform that brings users in, gets them engaged and excited, gives them simple actions they can take to have their voices heard in Congress. That's a key component to what we do."

How does the app work?

Users can go onto the Countable platform to tell their Senators how to vote on issues, encourage their friends to do the same, get credit for their activism, and get updates on how their Representative actually votes

Organizations and politicians, meanwhile, can use Countable to build support for their positions, expand their membership and drive donations.

"The first thing is we create friendly articles about legislation, so we break it down to something straightforward, with a a catchy title and issue and a pro and con argument, allowing users to evaluate their opinion," said Myers.

Those opinions are then sent directly to the Representatives, through their existing CRM. They don't have to be on the platform, though a number of them have already reached out to create their own profile pages and respond directly to messages.

"It was part of our core thesis, that we had to have way to achieve our mission without requiring lawmakers to make a change in their in-house system," said Myers.

Once a user votes, Countable can then send notifications after vote happens that tell them that their lawmaker has voted with them or against them. During election season, this will allow voters to evaluate themselves versus their lawmaker, so see how often they voted together or apart.

Users can also go to the platform, look at their Representative's page and see opinions that he or she has published about legislation directly.

All of this not only puts more accountability onto lawmakers, but makes it easier for people to know who exactly is representing them.

Where did Countable come from?

The idea for Countable came from Myer's own passion for politics, and his own experience in the tech world.

He previously founded SideReel, a website that offers users the ability to search for television shows, track them and watch full episodes online, in 2007, before selling it to Rovi in 2011.

"My co-founder Peter Arzhintar and I were knocking around ideas to focus on, and what resonated for us, was the opportunity for us to be very intentional. We had the opportunity to look at a lot of different problems, what was the most interesting, and what sparked my own personal motivation," said Myers. "If you are looking at the four to six year commitment of founding a company, that's a significant part of life, so you need to do something that is meaningful and resonates and that would feel  like our passion."

Looking around, they saw the problem that Countable is how trying to fix, and felt inspired to take action.

"Here's a problem that no one is looking at, no one is directly engaging the average voter in a friendly way," he said. "That was game changing for us. It was really profound and it got us pretty excited."

It helped that politics was a passion of Myers', who had worked as a volunteer for Howard Dean's campaign in 2004.

"I was part of volunteer group in the Bay Area. We were creating custom ads and advertising for the campaign," he said. "That was an extraordinary experience, and through that we got one of our main advisers, Joe Trippi, who was Howard Dean's campaign manager, and the architect of the first successful online campaign."

Countable is not just a platform for the two parties, but is more about the issues themselves. That being said, there were some things that happened to the platform that Myers did not expect while going into it.

"It was eye opening that there area lot different ways to be engaged about issues. It can also mean other people campaigning for an audience, or non profits and corporations, all trying to get their message out," he said. "People don't have a platform to do that. The closest thing is Facebook and Twitter, and those are not well tuned for it. Countable is designed to make it really easy to lobby other people and turn that into direct action."

Both users and organizations can add their position to a bill, promote their position, and do it on mobile. Users can add opinions, ask people to follow them and vote with them, and endorse their opinions.

This something that Myers says is "incredibly powerful," in that all of that person's followers will get a push notification so they can immediately take action

That being said, the social aspect of the app is secondary. It is meant to help users build a coalition, to notify their friends. It is not the overarching primary aspect of what Countable does, but there will be more social components coming.

With the level of engagement that Countable wants from its users, there are numerous ways it can make money.

First, it can use the data it is collecting and sell it to media organizations. So, for example, if a state is getting ready to vote on whether or not to legalize marijuana, Countable can sell the data it has collected by people who live on how they feel about the issue.

"That data is profound and valuable and media organization will find it very interesting. That is a  slam dunk," Myers said.

The data can also be leveraging into targeted advertising, which he called a "natural revenue model" for Countable.

But the most interesting potential revenue model comes from the organizations on the site, who can spend money on boosting their own arguments, in a something that looks like a sponsored tweet.

"We are presenting a variety of issues to vote on and take action on. To find your passion and express it. We can build a platform organizations and candidates where they can boost their own arguments and bills," said Myers.

The site might also create a donation side, where users can donate to an organization or a candidate.

"In five years I want Countable to be the brand and application and solution that every American thinks of when they think of problems in this country. 'How do I get my lawmaker to solve it? How do I make sure they are listening?' Countable is where stuff gets taken care of and issues get solved."

Founded in 2013, the San Francisco-based Countable has raised $600,000 in angel funding. It just launched in New York City and plans to eventually be live in every major city in America.

Countable is an iPhone app, Android app and website where users can learn about issues, influence their representatives in government, and rally their community and friends around those issues. I can use Countable to tell my Senators how to vote on Keystone, encourage my friends to do the same, get credit for their activism, and get updates on how my reps actually vote - all in moments, on my way to work in the morning.

Organizations and politicians can use Countable to build support for their positions, expand their membership and drive donations. Revenue will come from giving organizations and companies a new way to reach and influence Countable’s coveted rich demographic of influencers.

We’ve had outstanding early adoption, are growing rapidly and are the first to crack the code on the civic social graph - a massive market exceeding $80bn. 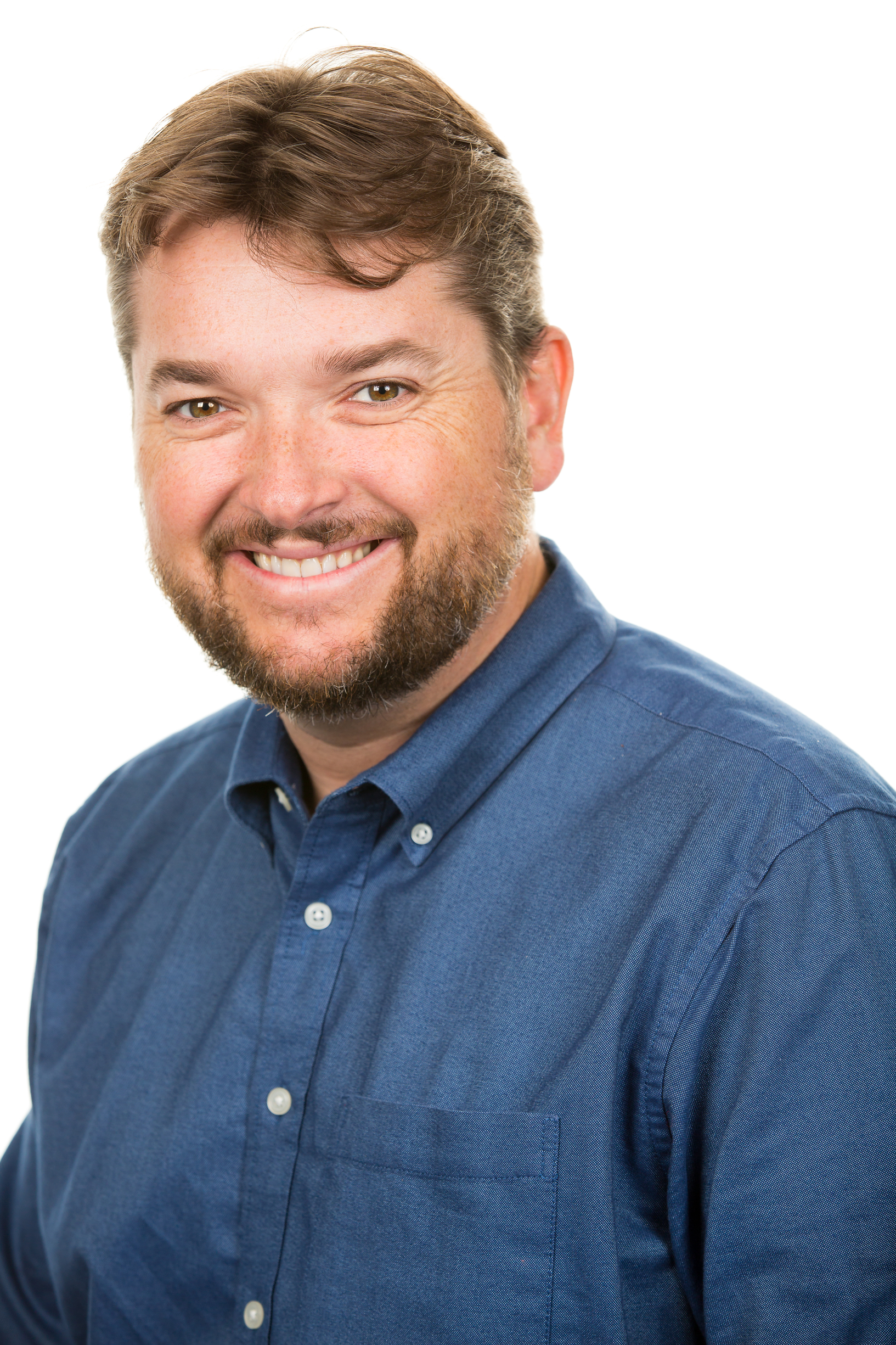 I'm the founder and CEO of Countable, a network connecting me with my elected representatives and community around civic issues on mobile and web. I previously founded SideReel.com, sold to Rovi in 2011. Investor and advisor to several startups. 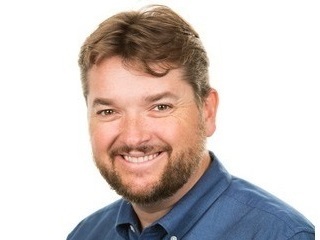 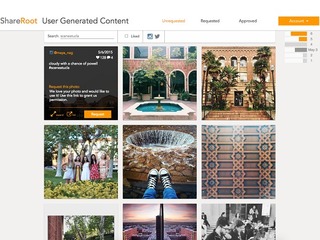 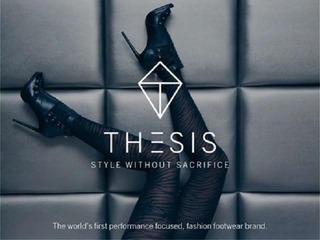