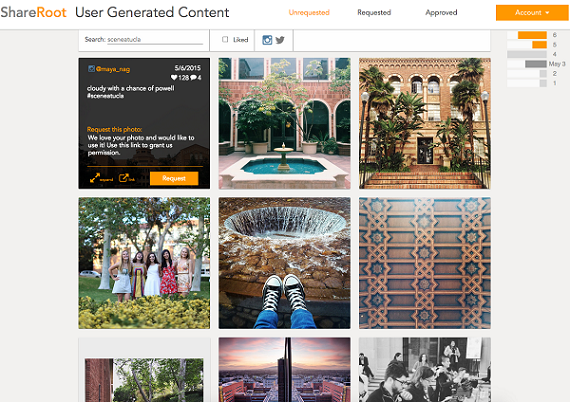 The rise in social media has had two effects. First, it has made people feel closer, and more intimate with each other than ever before. But it has also created a world of immediate reaction, where one stupid tweet can ruin a person's life, or cause a brand major headaches.

Take Spaghettios, for example. On December 7th, a.k.a. Pearl Harbor Day, the company decided it was going to take the opportunity to honor the day. Harmless, right? Well, the tweet, feature the company's grinning Spaghettio, complete with his tongue sticking out, didn't exactly strike the right note. And Twitter, as it always does, ripped the company apart. Just like that, what had seemed like a foolproof idea turned deadly.

So what's the solution to this problem? Create a stronger and deeper relationship between consumers and brands.

The idea is to not only allow fans to take part in social media ad campaigns, but to strengthen the bond between the two sides

ShareRoot was the winner of the People's Choice award at this month's Vator Splash Oakland. I spoke to Noah Abelson, co-founder and CEO at ShareRoot, about his company and how he hopes to change the relationship between consumers and brands.

"We have been around for three years, but only recently, in the last six to eight, months, have we begun to identify a much bigger problem set for our clients," Abelson told me, identifying two specific issues, or pain points, that are currently plaguing advertisers.

First, that  the "marketing landscape has changed dramatically," in just the last few years.

"Suddenly they need to be posting and tweeting, pinning, reblogging. All stuff they never had to do before. They need 20 times the content that they needed before, but they don’t have the tools to do a good job," he said. "Measurements, automation, information on people they are talking to, analytics, image modification, apps to connect better with users. They don’t have that, so we created those tools."

The second problem he identified was that "brand marketers are passionate about developing relationships with consumers. They want to improve so that their brand can build a stronger relationship and be more and more in touch with the people they are trying to sell to, and connect with."

ShareRoot has made it it's mission to facilitate that stronger bond.

The company has created a SaaS platform that gives brands the ability to source UGC from various social channels. It utilizes APIs from the major social networks that allow for images and image information to be pulled from the platforms chronologically. Its tools allow brands to seek out images, send out custom requests for the rights to the images, and post their newly sourced content to multiple platforms.

So, let's say you're a student at UCLA and you take a photo of the school, using ShareRoot the school, or a brand like Pepsi or Apple, could send you a request for permission to use that photo in their social media ad campaign. They would tell you to go to a website, UseThisPic.com, which is owned by ShareRoot and then give them authorization and licensing to user is in the marketing.

While there are other apps that try to do something similar, like helping brands better monetize their users, but none of those, Abelson said, do what ShareRoot can do,

"When you look around at marketing landscape what you find are tools that focus on managing marketing efforts. They help brands manage their efforts effectively and quickly, then they move on to the next thing," he said.

"What we found is that they are going through a shift in focus. Current technology companies and vendors don't understand where brand managers are coming from and there is a big difference between developing realtionships with consumer versus managing a group of tasks."

Let's make sure it's all legal

Obviously there are some legal restrictions in how images can be used and obrained. First, ShareRoot doesn't allow the brands to repurpose the content for resale, meaning they can't make money off of it. Second, if there are multiple people in the photo, each person must also sign off, giving persmission for it to be used.

Even if its someone else's child, or even dog, and the person doesn't have the right to disseminate that image, they have to get permission for it to be used.

The idea to get permission from the users themselves to use content came from an issue with Facebook from a few years ago, when the network began using images of its users to promote products. While this was legal, and the users had given permission in the user agreement, the company still faced a backlash.

"It was interesting debate, and it was something we debated internally. I mean, you are already it putting up online, so should we just give access to the brand? That seemed deceitful, and not that strong of an argument. We don’t want users pissed off about it ," Abelson said.

Plus, it protects both the company and the brands to make it as legally binding as possible.

"The FTC has come after two brands and two tech vendors for doing this. In one situation they grabbed a persons image without asking, and the other a user replied #yes below a comment, which isnt as legally buttoned up," he told me, so it just seemed smarter to make it absolutely clear that the user was giving permission.

The idea for ShareRoot came from the experiences of Abelson and co-founder Marc Angelone, who both had experience working with brand advertisers.

Abelson started out working in west Africa, doing business development for The Inter-regional Bridge Ghana, which led to him starting his own company, called Flavor of Change. The company promoted and support edsustainable subsistence farming practices through microfinance projects in Ghana.

From there, he moved on to the social media space, as a sales associate for Wildfire Interactive, then as an account executive for AdParlor. It was there that he learned some of the shortfalls of current marketing strategies.

"Take messaging apps for example and look at user flow. It's all about responding. The main function of any social messaging app is response," he said. "Creating new conversations before they message you, that is something that is inherent and is missing in on continuing conversations. We wanted to start a dialogue, rather than just having brands respond."

He and Angelone, who worked at a mobile advertising firm, created ShareRoot to initially focus on Pinterest, but soon realized that marketers wanted a tool set with all social platforms.

"We wanted to solve a concise flaw in all current social media marketing vendors, that are missing rhe mark but not seeing that relationship development is the key," he told me.

Based in Berkeley, California, ShareRoot is a graduate of 500 Startups. The company has been out of beta for three months and already has a little over 90 brands, including General Mills, Costco, Sony Pictures, Paramount, Del Taco, Fox Searchlight and Sabra.

The first one is what he called an "ambassador app," which would be an invite-only apps where brands would pick users who they felt best represented their product and ask them to give permission for even more images to be used. In turn the user would get discounts and promotions for products. The app would have direct messaging built in and the whole thing would be gamified.

So, in a given month, if the user is recruited by Pepsi and posts five photos that the brand likes, they can unlock a free 12 pack of soda, for example, or a 50% for an order from a store.

The second app will be employee generated content, where the brands will put an app into the hands of various employees, so that they can take photos and grant access to that photo.

"Who knows a brand better than the people who work there?" said Abelson.

The third is a Chromecast app, where be brands will be able to put UGC on any screen. So a cafe, or a Costco, can take a TV screen, plug in the Chromecast app and it will update with what people are saying, photos and, at some point, even videos, that are mentioning the brand.

"For a cafe that can be good way to attract more customers. As they are walking by they can see photos of their meal. Or if Costco is opening new store, anyone who walks in can see photos that people have taken around the new store."

There is also an idea for an app that is similar to the ambassador, but open to anyone, not just those invited by the brands themselves, where anyone can sign up and choose to have their content accessed by brands.

Ultimately the idea for all these apps is to correct the imbalance between brands and consumers, giving consumers more of a voice as to what they want to see.

"Right now we have the Mad Men model, which is white guys in a room, coming up with marketing for a brand. We want to help create a new initiative or campaign, ad be the platform that helps them gather that content from consumers," said Abelson. "Any time they are going to create messaging, consumers get exposure before they let it out to the average individual. Brands would have a subset that are superfans, who they could run ideas by before publish them. It would allow them to get another set of eyes to look over messaging before out to public, and those people will be extremely interested in making sure the content is acceptable."

Check out ShareRoot's presentation at Vator Splash Oakland below:

ShareRoot has created a SaaS platform that gives brands the ability to source UGC from various social channels. We currently utilize APIs from the major social networks that allow for images and image information to be pulled from the platforms chronologically. Our unique tool allows brands to seek out images, send out custom requests for the rights to the images, and post their newly sourced content to multiple platforms. We have an additional API that reads each user in order to ensure that the brand is gaining the rights for the image that the specific user has posted.

We have planning in place for the ability to modify images that the brand has obtained rights to, schedule out posting to social channels, as well as aggregating content into customizable campaign folders.

Our clients have currently received an average approval rate of 43%, allowing for these brands to source marketing material for little or no cost. 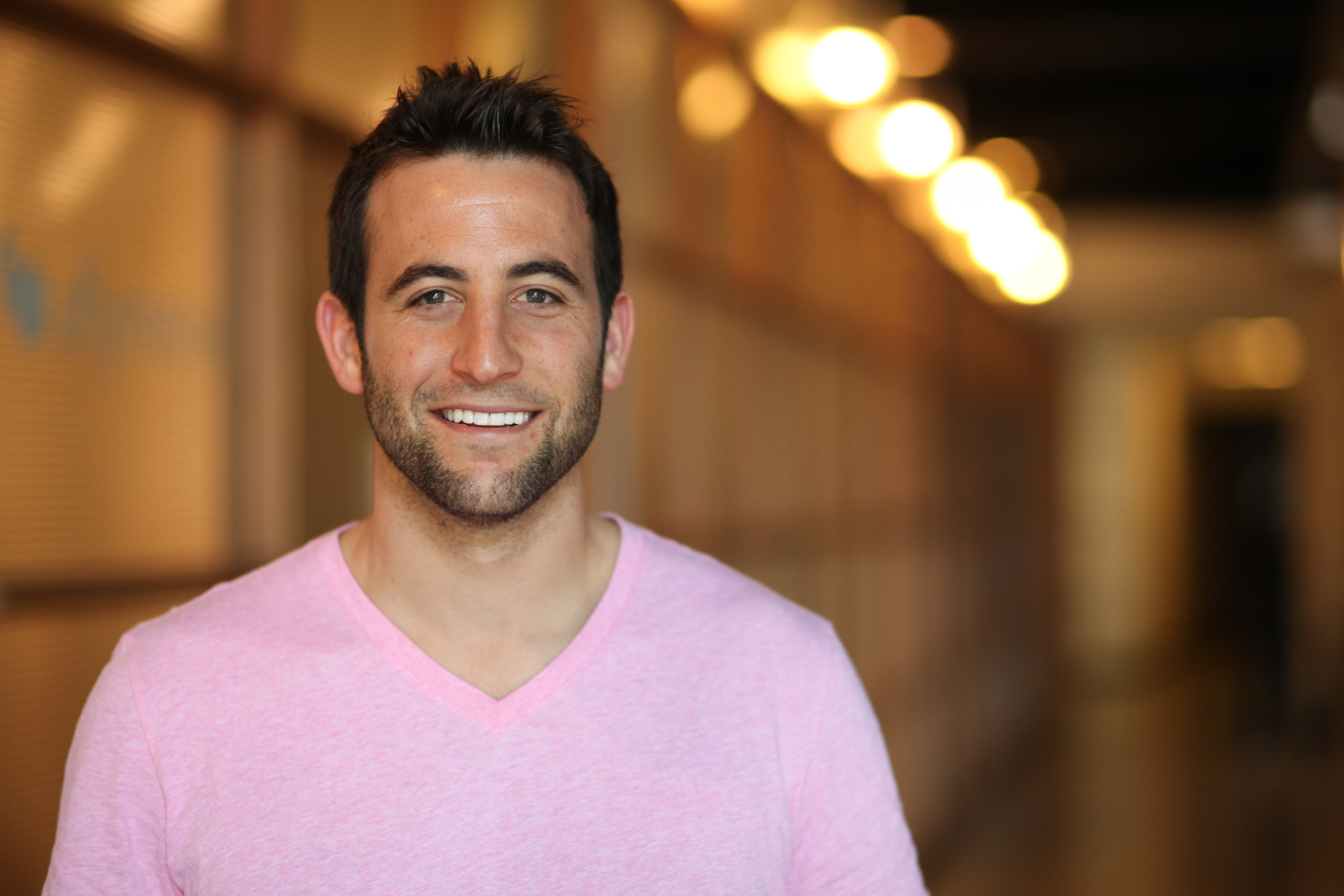 I led US sales from $0 to over $3.1M in Q3 for AdParlor which was one of the original Facebook advertising companies. I also started and ran a business focused on bringing a rare African fruit to the US until the FDA shut us down two years later. 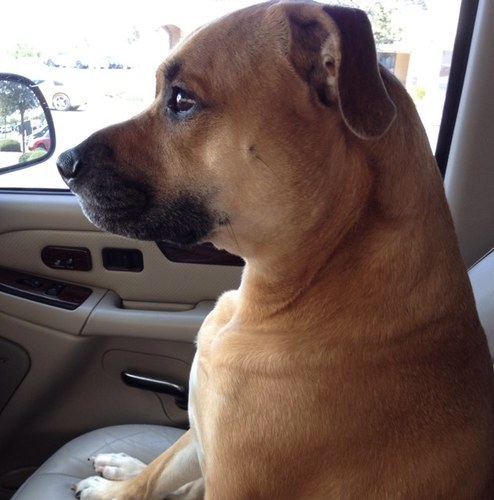 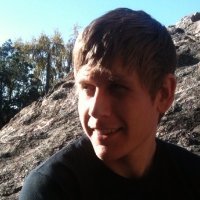 I was a lead Android developer on the SDK team at Millennial Media through their IPO on the NYSE (MM). I love contributing open source code, publishing mobile apps, and helping non-profits. 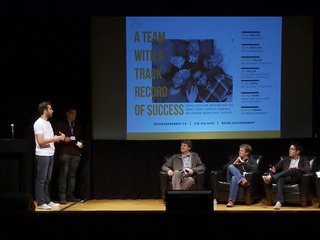