Owler does not believe that any unicorn will actually fail, but if any do, it would be Snapchat 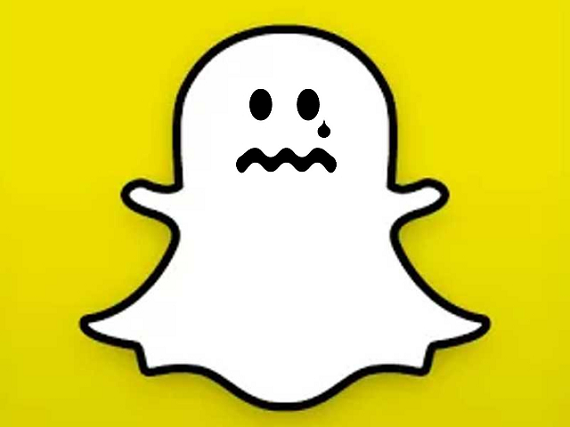 Over the last year or so, the venture capital markets have been overtaken by unicorn fever. It's something we have well documented at this site, noting how many companies entered the $1 billion club in 2014, and how many have already reached that valuation this year. There has even been talk of a bubble that might be ready to burst, with people including Dallas Mavericks owner Mark Cuban espousing that belief.

One person has even gone so far as to publically state that one of the unicorns will fail this year. That opinion came from Bill Gurley, the Benchmark partner, and the investor behind two current unicorns: Uber and Snapchat.

The question is, though, which one is likely to go? Business information publisher Owler thinks it knows. And the answer may surprise you.

It's Snapchat. Sorry, it's hard to maintain suspense when you're writing an article like this.

In its new "Dead Unicorn Study," Owler used its platform of business intelligence data in order to evaluate and compare 84 startups that have a $1 billion valuation or higher. It then looked at the relative risk that each member of the Unicorn Club has, relative to one another and relative to its capitalization.

Here are the top 10 companies most at risk of failing, in order of least to greatest risk: GrabTaxi, Theranos, CloudFlare, Lookout, Lazada, Snapchat, Powa, Houzz, Didi Dache, and Magic Leap.

In the company's press release, Owler CEO Jim Fowler expressed the opinion that Snapchat is in the most danger for two reasons. First, it has a remarkably high spend-to-revenue ratio. Second, it relies on an youth-oriented market, which can be extremely fickle, and has been unable to expand it’s user base.

When I spoke to him on the phone, though, Fowler made it clear to me that he disagrees with Gurley's assertion, and does not actually believe that any unicorns are going away any time soon. In fact, the entire point of the study was to disprove Gurley's point.

"We were really reacting to what Gurley said. We don’t believe it is possible that a unicorn will go away this year. We looked at our data, the fundamentals and how much money they raised and we believe its bunk," said Fowler. "It was a statement made to get press, but there’s no actual reality behind it."

If any of the unicorns were to fail, however, he does believe that Snapchat is the one most likely to disappear out of all companies with $1 billion valuations.

"We dont believe will happen in 2015 and its impossible to put time lines in there, especially with the ability to raise more money, but Snapchat seems the most likely because of the capricious nature of its audience. It could be like what happened to Myspace when Facebook came in."

In terms of the company's spend-to-revenue ratio, what it really comes down to is that Snapchat, whichstarted running ads in October, isn't yet making any money yet.

"There's very little data out there about Snapchat's revenue. They tested a few different ads, but the point of this was to compare unicorns, and actually break it down. With Uber you can do that based on the number of trips, you can calculate that, compared to Snapchat, which has thrown a few things at the wall," Brett Miller, Director of Product Marketing at Owler said.

As Fowler noted, though, many social networks, including Facebook and LinkedIn, also did not focus on revenue, at least not at first, instead choosing to build up its user base. As stated above, however, Fowler does not really believe that Snapchat's user base is reliable enough to stick with it.

So how can Snapchat stave off this potential fate? By diversifying and always moving forward.

Spiegel, Kooker wrote, "thinks every music service in the market is shit" and wanted to have a record label "so he could focus on the artists he wants to use the platform to promote."

If Snapchat were to get into music, said Fowler, that would go a long way toward lowering the danger of losing its young audience.

Still, "unicorns are unicorns for a reason," he said, and none of them, Snapchat, are likely to fail any time soon.

Is there a tech bubble?

While I was talking about unicorns, I had to ask Fowler: does he believe that there is a bubble?

“A lot of entrepreneurs are raising money because they don’t understand the game. They are raising so much capital because its available," he said, calling the current situation "nutty."

What is really happening, though, is that companies are raising too much capital and putting themselves into a bad position, one where they are not likely to walk away with much.

"If you are raising $50 million or $100 million, you are putting yourself in a situation where the most likely outcome is to take the company public, which still happens really rarely," said Fowler. "One thing we know is that venture funding goes in cycles. Right now they pouring tons of money in, so they need to put that money to work but the founders will get washed out."

The only other choice is to sell the company; those are the only two ways that founders have to get liquidity.

"Let's say that you just raised a $100 million round. What that means is that the post money valuation is significantly above that. All of the investors will get paid first, with preferences, at more than 1X that money," he said. "We are getting to a point where the ability for entrepreneurs to make money means they will have to sell above what that valuation was. We are going through a cycle and entrepreneurs are getting heady."

For example, after Get Satisfaction sold to Sprinklr for $50 millipon earlier this month, one of the founders of the company went on a Twitter rant about how he made no money in the deal. The reason, he said, was that the company raised too much money too early and lost control of the company to venture capitalists.

Fowler does not believe that this type of thing will happen to unicorns, as they can likely go public whenever they want, but smaller companies are in big danger of getting swallowed up.

"These companies are raising too much for where its going to be. Young entrepreneurs don't understand the basic fundamentals of how it works, and we are going to see lots of broken hearts when it goes into a bust cycle."

Get Satisfaction is the leading customer engagement platform powering 65,000 customer communities to help companies of all sizes build better relationships with their customers. Get Satisfaction is used by industry leaders such as Box, Microsoft, AMC Theatres, and Mint.com for social marketing, support, product feedback and commercesolutions. Engage with your customers anywhere they are: on your website, Facebook brand page, via organic search, and on mobile devices. For a free trial, visit www.getsatisfaction.com.

Owler (fka InfoArmy) is a free mobile and online resource that helps you keep up with the fast pace of business. Owler tracks your companies, personalizes your news feed, and provides dynamic company profiles.

Owler is backed by Norwest Venture Partners and Trinity Ventures, two highly-regarded venture capital firms based in Silicon Valley, CA. The Owler founding team comes from Jigsaw, one of the most successful exits of 2010. Owler is headquartered in San Mateo, California and has an office in Coimbatore, India.