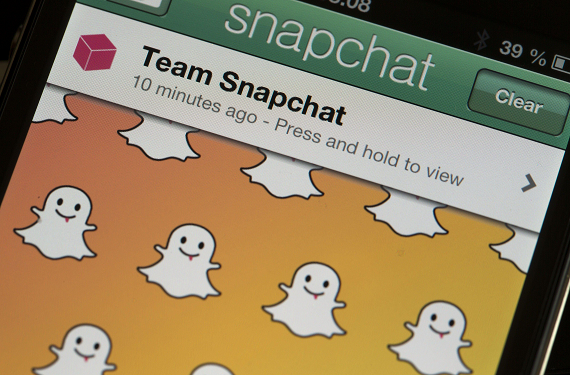 So the giant Sony leak took a bit of a dark turn today, eh? I liked it better when the story was about snarky e-mails between Hollywood bigwigs, not death threats. That being said, please, everyone, go see the Interview. Just buy a ticket; you don't even have to go see it. It's too important that we don't let idiotic bullies threaten us, and force us to bend to their will, just because they don't like something. That's not the American way, and we should all push back on it.

Sorry, I had to do that. The whole story has really been bothering me all day and I had to get that off my chest.

On a much lighter note, Snapchat somewhow became involved in the e-mail breach as well on Tuesday, exposing at least two secret acquisitions that the company made this past year.

The first, as reported by Business Insider, was for Vergence Labs, a company that is working on a Google Glass-like device called Epiphany Eyewear. The acquisition was mentioned in an e-mail found in the inbox of Michael Lynton, who is Sony Entertainment CEO, and a Snapchat board member.

Here is how the company describes it's product on its website: "In a world of ugly gadgets, customers demand useful technology that reflects their personal style and combines with everyday apparel like a favorite piece of jewelry. Epiphany Eyewear delivers the benefits of UV protection, with prescription lenses compatibility, while allowing people to fashionably record and share HD video on the cloud."

Epiphany Eyewear raised over $70,000 on Indiegogo in 2012. Other than that, Vergence Labs has not seemed to have raised any venture capital.

There is no indication on the site that the company has been purchased, but Snapchat reportedly spend $15 million on the purchase, $11 million of which was cash, and the other $4 million in stock.

So what will Snapchat do with its own version of Google Glass? Your guess is as good as mine on that one, though Business Insider speculates that the company may have been interested in getting some expertise when it comes to video.

The other Snapchat purchase that has been exposed is that of Scan.me, a QR scanning and iBeacon startup.

Founded in 2011, the Utah-based Scan provides a variety of different types of Scan Codes including bar codes, QR codes, which NFC tags, which it describes as "buttons for the real world which can be interacted with by any smartphone or device."

The company had raised over $15 million in venture funding, most recently a $7 million round in October of last year.

Like Vergence Labs, there is no indication of an acquisition judging by Scan's website, though it should be noted that its last blog post came at the beginning of July, not long before its e-mails with Snapchat.

According to e-mails posted by TechCrunch, Snapchat paid a total of $50 million; $14 million of that was in cash, another $3 million was in restricted stock units, and $33 million of it was in Class B common Snapchat stock.

The e-mails are between Steven Hwang, Director of Legal Operations at Snapchat, Snapchat board member Mitch Lasky and Lynton. 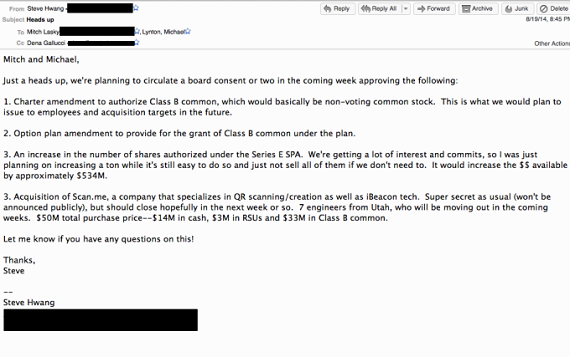 The e-mail also states that seven engineers from Scan would be coming to work at Snapchat, and that the acquisition was "super secret" and would not be announced publically.

Finally, beyond the two acquisitions, one more interesting thing has come to light about Snapchat, again thanks to TechCrunch: it has spent the last year looking to get into music.

In e-mails revealed talks between Snapchat CEO Evan Spiegel and Dennis Kooker; President of Global Digital Business & U.S. Sales at Sony, about bringing music onto the platform. Spiegel, Kooker wrote, "thinks every music service in the market is shit" and wanted to have a record label "so he could focus on the artists he wants to use the platform to promote." 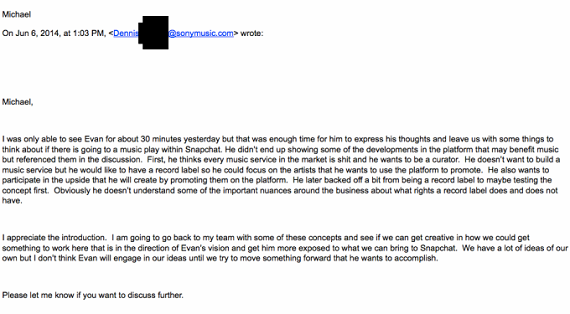 The talks went further, with Lynton meeting with Manny Adler, who is the son of record producer and Roxy Theater owner Lou Adler. 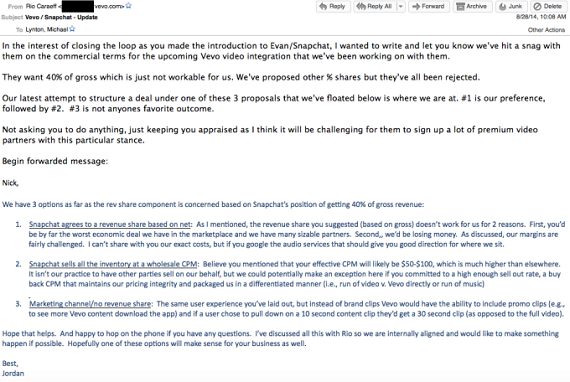 There are obviously a ton of music services out there, but this would be a really interesting, exciting and unexpected direction for Snapchat to go. If it didn't just all blow up as a result of this leak, that is.

Snapchat had no comment on the reports. VatorNews has reached out to Scan.me and Vergence Labs for confirmation. We will update this story if we learn more.

In less than a year since the release of its app, Scan has seen more than 10 million downloads from the App Store and Android Marketplace and is currently being used in more than 77 countries around the world. Scan will use the new funding for hiring, as well as product and market development.

Introducing Scan Pages
In addition to the funding, today Scan announced it is taking QR codes to the next level with the introduction of Scan Pages, user-friendly mobile websites accessible via custom QR code or short URL. Scan Pages give businesses and individuals the opportunity to quickly and easily create a mobile profile. Scan Pages bring together everything a business wants to share with its audience in one place including branding, social media, videos, blogs, other valuable content and calls to action. Scan also provides insights into how many times a QR code has been scanned, from where, and other useful statistics for businesses interested in learning about the overall effectiveness of marketing and branding campaigns.

“QR codes and other mobile technologies have always had enormous potential, but until now they have been held back by poor experiences and incomplete products,” said Garrett Gee, CEO and co-founder of Scan. “Scan fulfills the promise of these technologies by creating direct connections and valuable information exchange between businesses and consumers.”