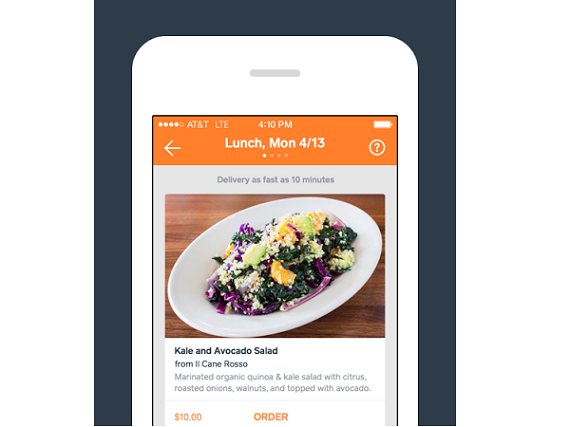 In the past year or so, an interesting thing has happened: food delivery has become an extremely hot space, with companies that you would not think of as being anywhere near it starting to create their own delivery services.

One of those is Square, which launched Square Order in May, an app that allows users to order food in advance from cafes and restaurants and then pick them up without having to wait in line, and then bought food delivery company Caviar in August.

The company just made its latest foray into food delivery on Wednesday by acquiring Fastbite, another food delivery company. Though the "Caviar and Fastbite teams joined forces several weeks ago, the acquisition was only revealed today. No financial terms of the deal were disclosed.

As per the acquisition, the Fastbite app will be shut down, and users won't be able to download Fastbite as a standalone app going forward. It will instead be integrated into Caviar, and will be known as Caviar Fastbite, where it will offer the same experience to users that it did previously.

Launched in beta in September 2014, Fastbite's mission was to deliver food quicker and cheaper, offering $10 meals from popular places that would be delivered in 10 minutes. By acquiring the company, Square is allowing itself to better compete against some of the other delivery companies in the space.

"When you’re hungry, you want food fast. But it can be tough to find a high-quality meal during peak hours without waiting in line, paying exorbitant surge delivery fees, or succumbing to the vending machine at the end of the hall. That's why we're introducing a fast and affordable way to get lunch and dinner delivered from your favorite San Francisco restaurants," the company wrote.

"Starting today, you can order fully prepared meals from beloved local restaurants and get them delivered straight to your door in as fast as 10 minutes with Caviar Fastbite."

To use the new service, all users have to do is open the Caviar app, select the Caviar Fastbite tile and then pick from the meals that are being offering for expedited delivery at lunch or dinner.

Some of the San Francisco restaurants that Caviar Fastbite has partnered with so far include Little Delhi, Il Cane Rosso and Kisu.

For Fastbite, being integrated with Square and Caviar will allow it to broaden its service much quicker than it would have been able to as a stand-alone app.

"Caviar already has an incredible network of operations across the U.S., and together we're focused on bringing our much-loved service to more customers in San Francisco and beyond," Avlok Kohli, Founder and CEO of Fastbite, wrote in a post on the company's homepage. "We know you'll love Caviar Fastbite and we can't wait for you to try it."

In just the past six months, Caviar has tripled its order volume and reduced delivery times by more than 20%, despite the rapid increase in orders. The service is also available in 17 markets across the county.

Caviar Fastbite is currently only available in downtown San Francisco, but Square wants to expand the feature to more neighborhoods "soon." It is currently available on iOS, with launches on Android and Web also planned for the future.

"With Fastbite, we're deepening our quest to bring faster delivery to consumers and furthering our commitment to providing sellers with services that make it easier for them to grow their business," a Square spokesperson told VatorNews.

VatorNews has reached out to Fastbite for more information about the acquisition. We will update this story if we learn more.

Square is not the only tech company to see food delivery as part of its future.

In February, Uber launched UberEATS in Barcelona, teaming up with Plateselector, a Barcelona-based food guide, and said was working with "the best local restaurants in Barcelona to create a changing selection of lunch and dinner meals that you can receive in under ten minutes."

It allows user to order from a prix fixe menu, which includes items from local restaurants such as Tender Greens, 41 Ocean, and Bay Cities Italian Deli & Bakery. Like Caviar Fastbite, the emphasis is on being quick and cheap" Each meal costs $12, and is delivered in around 10 minutes. Also, there is no delivery fee.

Food delivery in general has become a very crowded, and competitive, space in recent years, with Grubhub dominating in the United States, and some pretty heavy competition in Europe as well.

The are two big international players that Uber is going to have to contend with: Rocket Internet and Delivery Hero.

It followed that up with further investments in foodpanda and Delivery Hero in March, earning majority stakes in both. 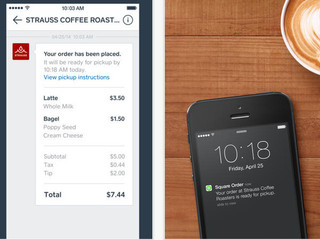 Square launches Square Order so you can skip the line 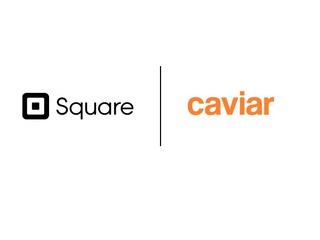 Food delivery service Caviar is now a part of Square