UberEssentials is dead, but that doesn't mean Uber has completely given up on the space 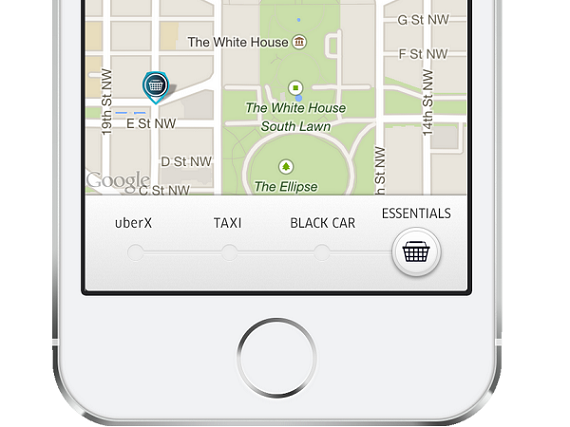 It looks like Uber's experiment into on-demand delivery is now dead. For the time being, at least.

In December, the on-demand car service rebranded its delivery service, then called Corner Store, as UberEssentials, calling it "a limited-time-only experiment." And that experiment, presumably, failed because now the program is being shut down, Uber has confirmed to VatorNews.

The company is definitely trying to keep the news on the hush-hush, only revealing the news to a user on Twitter who was smart enough to ask the question, "Hey, why can't I use UberEssentials anymore?"

Uber's response: We cancelled it without telling anyone. Sorry about that!

@Drunkmuppet uberESSENTIALS will no longer be available. We're already taking the learnings and using them towards our next experiment!

"What we found with UbesEssentials is people loved the convenience of using the Uber platform to get their everyday household products on-demand. The experiment allowed us to identify what our users valued about the service, as well as areas where we can make the experience event better," a company spokesperson told VatorNews.

"We look forward to continuing to innovate and providing users with new and valuable ways to leverage the Uber app."

Uber has always had an interest in the delivery space. What started as on-offs, like when it delivered kittens for National Cat Day, and then Christmas trees for the holidays in 2013, but Corner Store, and then Essentials, were a more serious experiment in the company using its fleet of drivers to move around goods instead of people.

Uber had boasted about its ability to deliver items "in 10 minutes or less," and even expanded its list of products to include "holiday essentials" such as batteries, Hanukkah candles, scotch tape, wrapping paper and celebration mini lights, along with year round items that include drinks, snacks, cold and flu remedies, tissues, razors, pain relievers and condoms.

The program was limited geographically, having only launched in Washington D.C. Uber users could access the service from 9 a.m. to 9 p.m. Monday through Friday, and until midnight on Saturday and Sunday.

Given Uber's interest in the space, and its statement about the "next experiment," it's a good bet that the company is not done in the delivery space.

"We're always experimenting and finding new, creative ways to leverage the Uber app and provide even greater value to our riders and driver partners. Washington, DC is often a testing ground for Uber, offering a place to try new products and explore consumer interest in those innovative ideas," the spokesperson told me.

"UberEssentials was one of those experiments and we’re already taking our learnings and using them to determine what’s next."

The on-demand delivery space is crowded, and features some heavy hitters, including Google and Amazon. Uber is not the first company to try to break in, only to  find it hard to compete.

eBay, announced eBay Now in October of 2012, offering the rate of $5 on orders of at least $25. That experiment seems to be over now, though, as the standalone eBay Now app was pulled from the App Store in November.

Shoutout to Venturebeat for breaking this story. 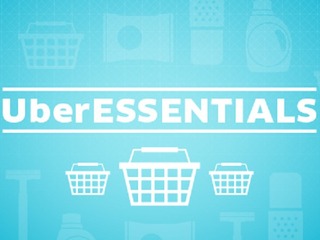