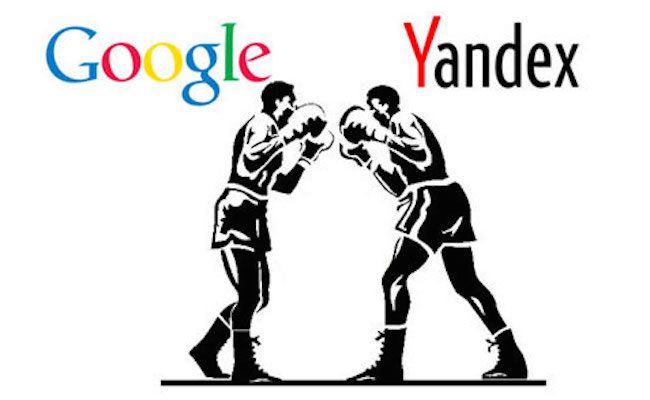 Yandex, Russia's largest search engine, has filed with Russia's Federal Anti-Monopoly Service an anti-trust complaint against Google on the grounds that it violates Russian legislation, according to Yury Vecher, head of product distribution at Yandex. The regulation agency has one month to decide whether it will move forward on Yandex's complaint.

What Yandex is asserting is that Google's claims to be an open-source are false, and that, in reality, are shutting out competition from the Android platform and forcing manufacturers to install the entire suite of Google services and set Google as the default search engine. Users who wish to use Yandex, or any other services, must manually seek them out.

"We were faced with the fact that Google does not allow manufacturers to install our search bar on the home screen of the device," Yury Vecher wrote on the news site Slon.ru, also citing, "restrictions on other applications, such as the Yandex browser app."

Yandex claims that this process seriously hinders its growth and the popularity of all its digital services, such as Yandex.Maps, as well as its proprietary music streaming service, Yandex.Music. It also claims that Google is even prohibiting Yandex applications with no Google equivalent, such as Yandex.Taxi, from being installed as a default service on a Russian Android device.

The company believes that Google is hindering open competition and slowing the development of the Android app ecosystem, while Google asserts the Android Open Source Project (AOSP) as an entirely Google-free version of Android. Google argues there's nothing stopping manufacturers from selling devices running AOSP and pre-installing a third-party app store, like the Yandex.Store. This assertion would force Yandex to prove that Google Play is a necessity to the users and that its store cannot be thought of a replacement.

Whether the suit goes through or not, in the past year, Google has been under tight scrutiny, especially from the European Union. Last year, the European Union voted overwhelmingly in favor of breaking up the company into smaller pieces and "called on EU member states and the European Commission to break down barriers to the growth of the EU's digital single market."

It's important to note that Google and Yandex have seen better days and can play nice when they want to.Last February,the two companies entered into a new advertising partnership, in which each allowed the other to have access to their advertising inventory. A move that has yet to be proven to be fruitful for both parties.

VatorNews has reached out to Google and to Yandex for comment, but haven't heard back yet. We will update as soon as we learn more.