Each will gain access to the other's ad inventory, resulting in more bidders and higher revenue 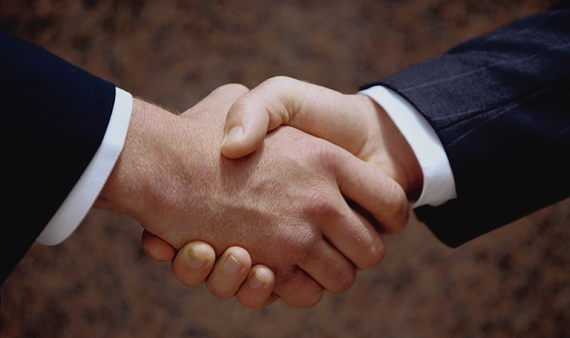 Two of world's biggest Internet properties have decided to enter a new agreement, one that might result in a shake-up in one of the most important spaces on the Web, and could be a good indication of where the space is going.

Google and Russian search engine giant Yandex have entered into a new advertising partnership, in which each will allow the other to have access to the their advertising inventory, it was announced on Wednesday.

As per the deal, Google will gain access to the advertising inventory offered by publishers in Yandex's Advertising Network, while Yandex's advertising clients will be able to bid for display inventory in the DoubleClick AdExchange.

Both of these systems are powered by a real-time bidding technology. RTB, or programmatic, based sales, allows advertisers to use software to buy and sell digital media, in real time, which gives them much more control over where, and how, their ads run.

The end result of the deal, which only covers display advertising, but not text-based contextual ads, is expected to be a larger number of bidders for both companies, as well as a boost in ad revenues.

"First and foremost, this agreement is expected to dramatically increase advertising inventory available to the clients of both companies whose respective advertising pools in the CIS countries don't overlap much," Yandex wrote in a separate blog post.

"And, of course, pouring a new batch of feed into the fish-tank gives a new kick to competition and boosts the quality of advertising space – the better is the inventory, the more desirable it is for buyers, the higher bids it generates in a real-time bidding auction."

The partnership is also expected to have a positive effective on the Russian advertising market, which seems to have been slower to adopt RTB.

"We are happy about this partnership that will help to develop the RTB ecosystem in Russia. Given the adoption speed of RTB in this market, accessing local and global qualified inventory is key to our publishers and advertisers who are looking for incremental reach,” Frank Einecke, Head of SEEMEA Media Buying Solutions at DoubleClick, said in a statement

"We are very excited to see the Russian market moving towards innovative programmatic solutions that can serve both branding and performance strategies in reaching their targets in a more efficient way."

It is easy to see why both sides like RTB ad solutions.  For publishers they want their ads getting to the right people at the right time, and for buyers, they want to run ads that will get the most traction without having to buy up a lot of junk in the process.

RTB -based sales are becoming a bigger and bigger part of the market.

A study from Adap.tv back in October found that 60% of both brands and agencies plan to apply programmatic buying to their cross-screen planning and buying, including both mobile and linear TV, in the next year.

In the United States, they are expected to account for 29% of U.S. digital display ad spend in 2017, up from just 13% in 2012, according to an eMarketer report from November.

A deal like this is an indication of how quickly the ad space is moving in that direction.