Facebook will push down those, "You'll never believe what happened next!"-type posts on News Feeds 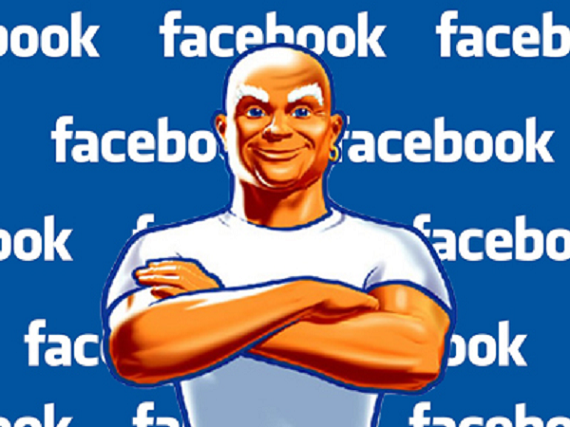 We've all encountered them, and, apparently, plenty of you actually click on them. Yes, I'm talking about the ever present, "You'll never believe what happened next!" posts on Facebook. They are everywhere, and they are terrible, because while every link on the site is obviously there for you to click on it, those are so obvious I feel like I'd be letting them win if I did.

And now, finally, Facebook has decided to do something about it.

In the latest step in the company's ongoing attempt to make the News Feed a hub for real, and interesting news, the company has now set its sights on click-baiting headlines, it was announced on Monday.

Facebook defines click-baiting as the kind of posts that contain a link with a headline that encourages people to click to see more, without telling them much information about what they will see." They look like this:

Going forward, Facebook says it will be using its algorythm to start pushing these types of posts down on the Feed, with more relevant content being pushed to the surface.

So why go after them? The company says that it is worried that, since these types of Posts "tend to get a lot of clicks," that the stuff that people actually want to see will get drowned out.

Facebook even did a survey, asking what users want to see on Facebook. The overwhelming majority, 80%, want to be able to decide for themselves if a post is worth clicking on. They don't want sensationalist headlines that tell them nothing.

There are two ways that Facebook says it will determine if something is click-bait. First, it will see how long people actually spend time on the page they clicked.

It will also see how much discussion and sharing there is, in comparison to how many clicks the link got. Obviously if no one is talking about a link, then they didn't get much out of it.

It seems to me, though, that these kinds of metrics can be used to weed out any type of link, not just click-bait. If any link is either being closed quickly, or not shared, it doesn't have to do with the method of how its presented, it has to do with the content itself.

In fact, there is a big loophole here: if the content of a click-bait article is interesting enough, and many users share it, then the article will make its way back up to the front of the stack. If that happens, Facebook will have no actually solved the problem.

There was also a second, though less interesting, update that Facebook also made: it will be prioritizing posts that have links to articles in text form, rather than those shared in the text caption above photos.

Facebook recently started putting in major effort to make the News Feed as good of an experience as it could be, and making it a place for high quality news and posts.

In December of last year, Facebook announced that it would be highlighting "high quality content" over other types, including memes. In April, it took aim at spam content on the Feed, giving the boot to "like-baiting," overly reshared content and spammy links.

A report from last October that found that a full 30% of adults in the United States get their news from Facebook. Giving people better content is a good steps in the right direction.