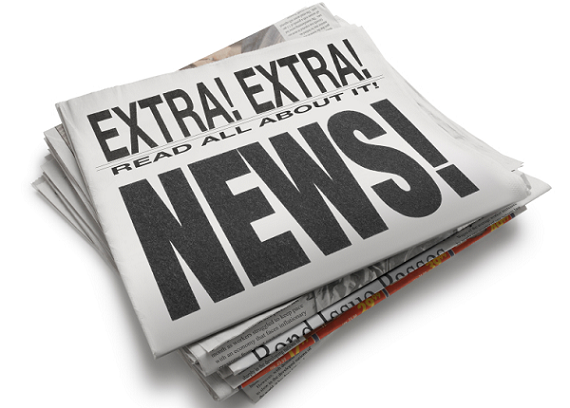 Thinking back on the nine-plus years I have been on Facebook, there have been definitely been times when I have had  some pretty news broken to me via the network. It is the place where I found out about the deaths of both Michael Jackson and Osama Bin Laden, for example.

I'm sure there are others that I can't think of now, but, still, I don't consider Facebook a site where I specifically go to get news. And the news I do get usually comes from posts put up by the agencies that I would typically go to for that purpose. If I happen to see something big or important, it's typically by accident.

And that seems to be the case with most other people, as well, according to a new study out from Pew on Thursday.

Asking the opinons of 5,173 people, 3,268 of whom are on Facebook, and of which 1,429 of those people are Facebook news consumers, the study found that nearly half of adults on the network, 47%, do get news from the site. Amazingly, as 64% all adults in the United States are on Facebook, that us 30% of the entire population. That is... a whole lot of people.

More importantly, though, people do not go there specifically go get the news. Like me, 78% said that they get news from Facebook while going on for some other purpose. And only 4% use it as their primary new source.

Still, the fact that Facebook contains any news at all is a good thing for some people. I am specifically talking about people my age, the 18 to 29 year olds. They are, let's face it, generally uninformed about most news topics.

But that is not the case on Facebook, where they are just informed are every other age group, and where they account for 34% of Facebook's news consumers. And they get news from across topics at the same level of their older counterparts as well.

For people who do follow the news, 38% of them cite Facebook as an important source for them. For the uninformed? That number is 47%.

This is the place in the article where I would typically say that Facebook is not exactly the best place to get news, as people often put up links to very questionable sources, but you know what? I'll take it. If it makes people interested in what is happening in the world, then I really can't fault it.

“The serendipitous nature of news on Facebook may actually increase its importance as a source of news and information, especially among those who do not follow the news closely.”

Oh, and in case you were wondering what people are actually going onto Facebook for when they accidentally wind up catching up on the news of the day, its mostly to see what their friends and family are up to. And also to see their photos.

I'd really love to be able to compare these numbers to that of Twitter. It's probably unfair to always be comparing the two networks, since they are so different, but I have a feeling that many more people use Twitter as a new source than Facebook.

This is something that I briefly touched on in an article I wrote on Wednesday about whether or not Facebook values the free expression of its users.

What I mean by that is, will the network allow its users to put up videos and photos that may be graphic but also serve as a way for people to spread information about what is happening in the world?

The controversy stems from a video showing a woman being beheaded went viral on the site last week, a clear violation of the ban the network put up back in May to censor such videos.

Facebook, however, decided to lift the ban for this video, before reversing that decision on Tuesday.

I argued that perhaps they should have left it on, to allow users to make Facebook into more of a news network, like Twitter is. But, based on the data from the Pew study, maybe Facebook was right to take it off. That simply is not what people go onto Facebook for, and I'm not sure that it would even be wise to try to change that now.