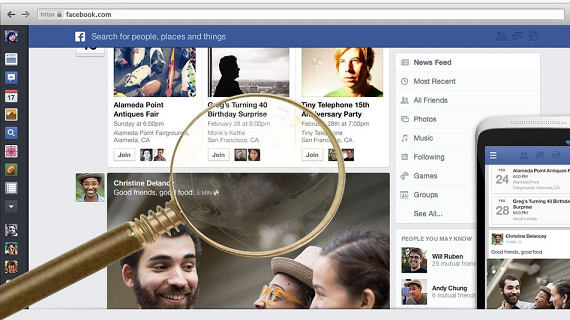 Are you one of the 30% of adults in the United States who gets their news from Facebook? Well, then you're in luck, because Facebook is about to hit you with a ton of new articles, as it makes another move toward becoming a site for news, rather than social engagement.

Facebook has made an update to the News Feed which will give people more, and more relevant news articles to read, it was announced on Monday.

“We’ve noticed that people enjoy seeing articles on Facebook, and so we’re now paying closer attention to what makes for high-quality content and how often articles are clicked on from News Feed on mobile," Varun Kacholia, Engineering Manager, and Minwen Ji, Software Engineer, wrote.

.“What this means is that you may start to notice links to articles a little more often.”

That means that Facebook is adding features to give people content that they will more likely to be interested in. This includes related articles, which means that three other articles, either on the same subject or from the same publication, will now pop up directly underneath the one that the person just clicked on.

Unfortunately for all you puppy and kitten picture lovers out there, this new style of News Feed is bad news for memes, which are now going to be pushed down, in favor of news articles.

"Starting soon, we’ll be doing a better job of distinguishing between a high quality article on a website versus a meme photo hosted somewhere other than Facebook when people click on those stories on mobile," said Kacholia and Ji.

That also means that the stories that have more engagement will now be bumped up the top more frequently, to further the conversation.

People generally do not go back and try to find an article again once they have read it, and so " it wouldn't bump up in News Feed."

But that will change with this update.

"While trying to show more articles people want to read, we also don't want people to miss the conversations among their friends. So we're updating bumping to highlight stories with new comments," Kacholia and Ji wrote.

The reason that Facebook book is doing this is simple: it all comes down to money.

Average referral traffic from Facebook to media sites has increased by over 170%, nearly tripling, in the past year. Referral traffic makes Facebook more enticing to publishers, which, in turn, will lead to more business for Facebook.

That is why Facebook has been rumored to be making a bunch of moves toward making it easier, and simpler, for its users to find, and save, articles on the site.

This summer it was reported that the company was working on a  Flipboard-like reading app.

Facebook also revealed an updated News Feed that allowed users to choose how they wanted it to be sorted: either chronologically, or by only photos or music, or by articles that are trending.

More recently it was reported that Facebook was developing a new feature that would let users save links that they found on Facebook so they can access them later.