Poshly, a data company focused on the beauty industry, raised a $1.5 million seed round led by Frontier Equities VC, along with Astia Angels, CPEG Ventures, WI Harper Group, and other private investors.

WikiWand, an interface to give Wikipedia an updated look, raised $600,000 from angel investor Saar Wilf.

Doctor on Demand a healthcare service that provides video visits with physicians on a patient's smartphone, raised a $21 million round led by Venrock and joined by Shasta Ventures and Richard Branson.

Openfolio, which brings the principles and power of social networks to the world of personal investing, raised $1.3 million in a round led by FinTech Collective.

Rapt Media, a provider of tools to create interactive vvideos, raised $3.1 million in a round led by Boulder Ventures

Vurb, which intelligently organizes and connect all services together on the Web, raised $8 million in Series A funding led by Redpoint Ventures, with participation from Stanford University alongside many of its seed investors.

MagForce AG, a medical device company in the field of nanomedicine focused on oncology, raised $15 million led by Mithril Capital.

InVision, a cloud collaboration and workflow platform for the product design process, raised a $21 million Series B round of funding led by Tiger Global Management, along with FirstMark Capital and other current investors.

Bitglass, a provider of data protection for the enterprise, raised $25 million from a large global bank and SingTel Innov8, NEA and Norwest.

Mobile commerce platform Movile raised $55 million in a round led by Innova Capital, with Naspers participating.

SmartZip Analytics, a predictive marketing technology company, raised $12 ,million in a Series B funding round led by Crest Capital Ventures, with participation from Claremont Creek Ventures and Intel Capital.

Smaato provides Ads for Apps – operating the leading mobile advertising optimization platform called SOMA. More than 40,000 app developers and premium publishers have signed up with Smaato to monetize their content in 230+ countries.

Smaato is an active member of the Mobile Marketing Association, Singapore Infocomm Industry (SITF), Singapore IT Federation and the German Digital Media Association BVDW. Smaato received a Top 100 Private Company Award by AlwaysOn Media (2011, 2009 & 2007), is one of the AlwaysOn Global 250 winners in the Mobile category (2011), was named a “company to watch in 2010” by Financial Analyst company GP Bullhound and recently was nominated finalist at the EMMA (Effective Mobile Marketing Awards), among other awards.

Smaato Inc. is based in San Francisco, California. The privately held company was founded in 2005 by an experienced International management team. The European headquarters are in Hamburg, Germany and the Asia-Pacific presence of Smaato has been established in Singapore. 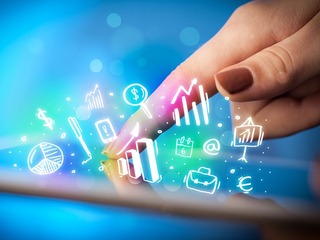