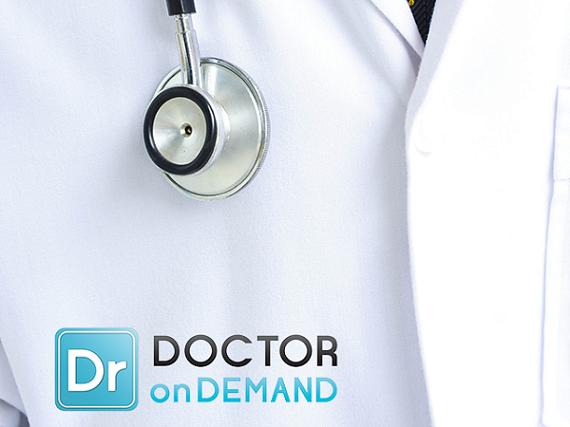 It seems so counterintuitive, but going to the doctor is can just be really stressful. Getting better should require you to be relaxed and taken care of; instead it can take weeks to get an appointment, you have to take time off of work, and go through the insurance process.

Thankfully technology has come along to make that process not only simpler and easier, but also cheaper by allowing patients to visit their doctors without ever having to leave the house.

One company that facilitates that kind of interaction is Doctor On Demand, a healthcare service that provides video visits with board-certified physicians on a patient's smartphone. The company announced on Wednesday that it has raised a $21 million dollar round of Series A financing.

Founded in 2012, Doctor on Demand allows patients to have virtual visits with their doctor. All they have to do is download the app, provide a list of their symptoms and they will be instantly connected to a board-certified doctor in their state or they can schedule an appointment for later.

The service has been available on iOS and Android, and now the company is announcing a new Web browser app as well.

Doctor On Demand works as both a direct to consumer platform, as well as enterprise distribution channel, in which it signs up enterprise clients who then offer the service, for free, to their employees.

While there are others in this space, such as American Well and Teladoc, that offer similar services, there are some major differences, Adam Jackson, co-founder and CEO of Doctor On Demand, told me in an interview, that set Doctor On Demand apart from the competition.

"We are a huge cost saver for our employer partners. They save $12 for every dollar spent with Doctor On Demand," he said. "We are very different from other companies that offer employee benefits. Those other guys make clients pay a per employee per month fee, which means they have to pay a fee off the top just to have access."

Doctor On Demand, however, does away with that fee in order 'to be economically disruptive."

"Our business model is hinged on usage," said Jackson. "We’re a much less risky proposition, and because we go direct to consumer it makes the benefit even more valuable."

In addition to the funding news, the company also announced that is has signed its latest enterprise client: Comcast. Now Doctor On Demand will get information about all eligible employees.  Once they sign for the service, they just say that they are a Comcast employee, and all their visits will be free, with Comcast paying the $40 instead.

Jackson said that the new money will go toward investing more in the enterprise side of the business. It will also mean hiring more people for its enterprise sales team, expanding the company's employee roster from 50 to 60 by the end of the year.

"We have about a dozen signed on currently, with 30 more ready to go live this year. Comcast is our biggest client yet," he said.

The ultimate goal of Doctor On Demand is to make the process or going to the doctor less stressful, and less of a burden on the patient.

"The majority of visits should start with video. Of course, if you're  femur is sticking out then your iPhone can't help but if you've got a  chronic illness, and you see your doctor six times a year  to  get vital sign, that can be done just as well over video. It frees up the backlog in medical centers," said Jackson.

Doctor on Demand service is now available in 46 states across the country, with more than 1,400 board-certified physicians. The company is not yet revealing how many users it currently has.