The winner of Splash Oakland is... OppSites! 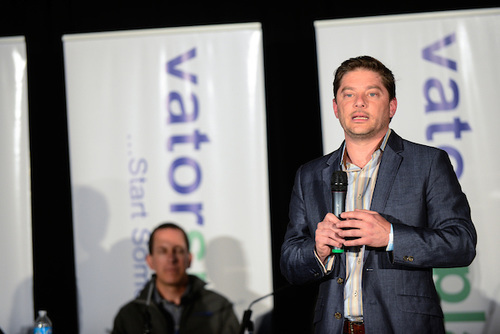 This year's Vator Splash Oakland was our biggest event yet, with more than 950 registered attendees and a slew of panels and speakers. But we didn't forget what Splash is still all about: getting excellent startups up on stage in front of VCs and entreprenuers.

This time, we had 15 companies competing against each other for the top spot, and, in the end it was Oakland-based OppSites that won the global Splash competition!

OppSites empowers municipalities and professional planners to identify sites where increased economic opportunity exists, and broadcast that information to the investment community.

The company allows Investors and Developers to find investment opportunities that may not be publicly listed, and learn about development priorities and incentives.

In the end it was a super close decision, with Selection Committee judges voting Enplug as Runner Up. 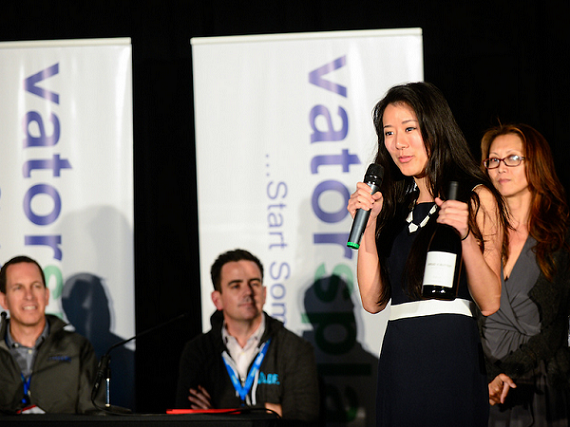 Enplug is a next generation digital out of home network that operates a network of over 200 interactive displays located in high traffic venues such as bars, restaurants, cafes, and other retail locations. Its social media billboards are instantly interactive, allowing venue patrons to engage with the displays using nothing but their mobile device and existing social media account.

OppSites and Enplug were part of the Final Showdown that featured five of the top 15 finalists. Those five were chosen by Selection Committee judges. The other three of the Final Five included SpotLabs, KidAdmit and Clef.

At the end of the event, Stein, Katz and Ling discussed the committee's decision and it came down to the monopoly aspect of OppSites opportunity. OppSites is pursuing an idea that very few are doing - which is aggregating and organizing real estate owned by cities and municipalities. It's already landed a few cities, including the city of Oakland.

We also allowed the people who came to Splash Oakland to vote for their favorite startup as well, and The People's Choice award went to ShopPad.

ShopPad allows retailers to deliver beautiful shopping experiences to their customers on any device. Its SaaS solution solves the multi-channel problem by integrating with a retailer’s E-Commerce store. Once installed, ShopPad provides native support for smartphones, tablets and in-store kiosks.

A special prize went to Brimes Energy for being the startup with the boldest idea. 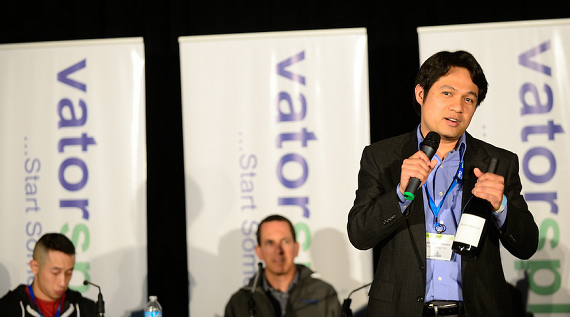 Congrats to all four startups! 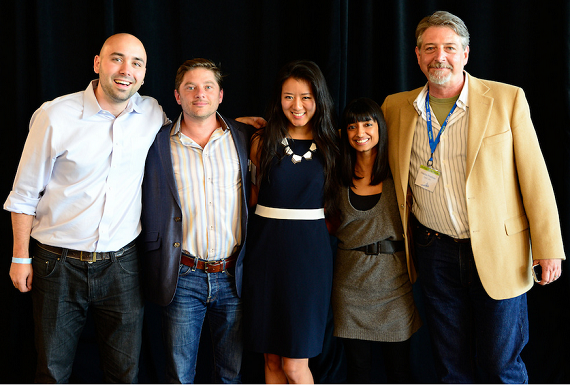 OppSites promotes strategically important, commercially valuable, yet underexposed markets with standardized municipal data, to enhance transparency and efficiency while maximizing investment and revenue. Investors find underexposed opportunities, reduce risk, and get an edge on their competition.

Cities maximize economic development by sharing local knowledge, and promoting development priorities on a national scale. With the click of a button, cities can share valuable information that investors need to know about what they would like to see built, and where. This national exposure helps cities attract partners to development priorities that might otherwise go unnoticed.

For investors, brokers, and developers, OppSites is like having a personal relationship with every city. Investors use OppSites to find underexposed development opportunities and follow preferred cities to learn about opportunities before they hit the market. To reduce risk, OppSites delivers real time civic and market intelligence about strategic opportunities, community goals, priorities, and incentives.

The OppSites team of specialized urban design, real estate, and technology professionals is passionate about solving the economic development challenges facing cities and real estate investors. Our expertise drives the innovation and power of OppSites.

We’re pivoting because of the recent success of our prototype

The Jellyfish is now capable of producing electricity, desalinate sea water or both.

Our product is the Jellyfish. It's a machine that harvests the energy of ocean waves and converts it into usable energy. We have recently reached 55% absorbtion efficiency. No other commercial wave technology has claimed efficiency numbers higher than this.

Wave energy has an available 30kW to 80kW per meter of coastline. To visualize this number, imagine a man walking on the beach parallel to the waves. For every step he makes, the available power in waves can provide electricity to 5-8 homes.

We also have a manufacturing facility in place ready to build the Jellyfish.

We are currently in talks for our in ocean testing pilot.

ShopPad allows retailers to deliver beautiful shopping experiences to their customers on any device.

Our SaaS solution solves the multi-channel problem by integrating with a retailer’s E-Commerce store. Once installed, ShopPad provides native support for smartphones, tablets and in-store kiosks.

In 2013 over $16M of mobile transactions were placed through our platform.

Today, with over 15,000 ShopPad-powered stores, we leverage our aggregated network of stores to help retailers solve problems of scale in areas of conversion, marketing, identity, iBeacons and beyond.

For more information, check out theshoppad.com

KidAdmit allows online submission of school application and enrollment forms. Schools can review applications, manage applicant waitlists, and quickly communicate with parents. Parents can search for schools by specific criteria and apply directly using KidAdmit.  We are quickly advancing schools by connecting them to today’s tech savvy parent. We are starting with early education with the clear vision to go forward into K-12 and beyond.

Clef replaces usernames and passwords online. We recognize you by your smartphone instead of anything you have to remember or type to make logging in faster, safer, and much easier.

The New York Times describes logging in with Clef as "magical" and with dozens of sites adding Clef login every day, the experience is spreading to more users every day.

Passwords pit human memory against the brute force of computers — passwords can get longer and more complicated, but eventually we're going to lose. Clef wraps the security of public key cryptography in a mobile app that makes logging in fast and simple. Walk up to any computer and point your phone to be logged in instantly.

After launching in June of 2013, it took 16 weeks to add the first 100 sites using Clef. By February, more than 1,000 sites were protecting their login with Clef, and by the end of March there were more than 2,400.

The only security that matters is the security we use, and, traditionally, additional security slowed down user signups and return logins so marketing and growth teams fought to keep them out of products. Clef escapes the tradeoff in usability by letting a mobile device do all of the work — protecting sites from security breaches while actually increasing signups and retention.

Public key cryptography is used by engineers and security experts every day because it's the strongest way to identify yourself. Clef uses that same standard process, but makes it approachable and simple enough for anyone.

For more information, check out getclef.com.