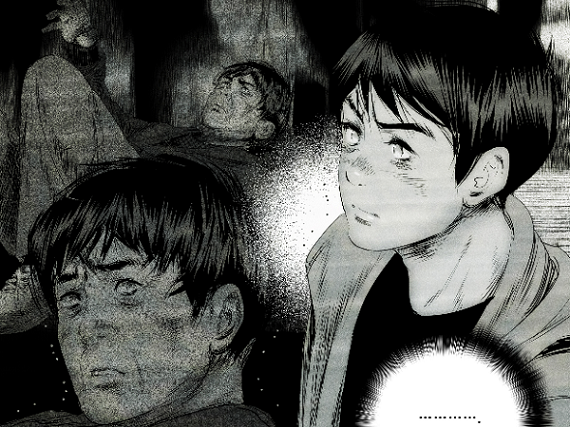 Say what you will about him, but Justin Bieber is the ultimate example of the level playing field that the Internet has brought us.

If you don't remember how Bieber got his start, here is the story: he was a Canadian kid who put some videos of himself singing on YouTube. They were seen by an American talent agent, who became his manager, and then signed him to a record contract. The rest is history.

All of this is a round about way to say: if YouTube could open up the music industry this way, allowing anyone, even a teenager in Canada with no connections to the music industry, to be able to get their work out there, why can't the same be done for the comics industry?

Tapastic, an online portal for webcomics, wants to be the YouTube for comics. And the company has just raised $2 million in Series A funding to make it happen.

The funding came from Daum Communications, which is the owner of one of South Korea’s largest Internet portal sites and a major operator of South Korean webcomic sites.

The funding will go toward "continuing on current path," Chang Kim, CEO of Tapastic, told me in an interview. That means building product features, and hiring talent.

Chief among those new features is adding multi- language supports and easier translation so that the company can become a global platform. Right now 100% of the content is in English.

There is a lot more that Kim wants to do, though.

"We have more than 1,200 artists on the platform and they have a lot of things they want us to do," he said. "There is a  long list of features, so we have to prioritize them."

Founded in 2012,  Tapastic is an open platform for publishers, where they can engage reading audience for free. Readers can use Tapastic to read, collect, track and subscribe to their favorite webcomics. Webcomic creators and publishers can use Tapastic to find new fans and broaden their audience, but without having to do the work of building and maintaining websites and mobile apps or managing content distribution.

"Like video is to YouTube, and sound clips and songs are to Soundcloud, that is what Tapastic is for artists," Kim said.

The Santa Clara-based Tapastic gets between 800,000 and one million unique visitors a month.

In addition to investing in the company, Daum and Tapastic have entered into a strategic partnership, wherein, starting in January 2014, Tapastic will begin publishing the English version of major Korean webcomics property, “Like A Wolf."

"They have so many awesome stories. More than 20 television dramas, and movies, have been made out of them," said Kim. "There are so many web comic titles we can bring over to the U.S. and global audience."

Somewhere down the road, the platform might even do the opposite, meaning translating some of the English titles into foreign languages. And that is where the multi-language support would come in.

There are other portals for webcomics, including comiXology and Madefire, which just raised $5.2 million in Series A funding in October. What separates Tapastic from the competition, though, is its business model.

Kim compared the competition does business to iTunes, while he takes the Spotify model; in one you have to buy everything individually, whereas in the other you get access to a library of content.

Right now, Tapastic runs on an advertising model, where the artists get 70% of the revenue, but Kim is also said he is thinking about adding a premium section, where the artists could choose to put some of their titles behind a paywall.

The artists themselves would be able to choose how they wanted to do this; either putting half of a serialized story up for free, and making the other half paid, or even making all but the very last book free.

The ultimate goal of the company, said Kim, is to get people to read comics who don't even think they are a comics person.

"We are trying to build a platform for mainstream audiences."

Tapas Media specializes in bite-sized, snackable online content (see where our name comes from? :-) We run Tapastic, aka “Youtube for comics”.