Narrative (formerly Memoto), a maker of a wearable camera, raised a funding of $3M in a round led by San Francisco-based True Ventures.

CardFlight, which enables developers to integrate in-person card payments into their own app, raised $1.6 million in seed-round funding, led by ff Venture Capital.

Tackk, which offers tools for creating content, raised $1.2 million in a round led by ff Venture Capital, with participation from Hatch Partners and Drummond Road Capital.

Loom, which puts all its users photos and videos in the cloud, raised $1.4 million in seed funding from Google Ventures, Tencent, Great Oaks VC, Overbrook Entertainment and Damon Way.

Cohealo, a medical device company that has developed a set of technology tools to help hospitals fully utilize medical equipment, raised $750,000 from Romulus Capital, as well as several angel investors.

Personal travel organizer Traxo raised $4.2 million in a Series A round of funding from Advantage Capital Partners, Silver Creek Ventures, and Thayer Ventures.

Netskope, a cloud app analytics and policy company, raised $21 million in funding from The Social+Capital Partnership and Lightspeed Venture Partners.

Listia, a trading marketplace, raised a $9 million Series A funding round led by General Catalyst.

Logentries, a cloud-based service provider for collecting and analyzing log data, closed $10 million in Series A financing from Polaris Partners, with participation from Floodgate, Frontline Ventures and RRE Ventures.

Jemstep, an online investment advisor, raised an additional $4.5 million in a follow-on to its Series A funding from existing investors  and Caleo Capital.

Leaf, creator of the LeafPresenter, a tablet specifically designed for commerce, closed $20 million in funding from Heartland Payment Systems.

MokiMobility, a cloud-based platform for managing mobile devices, raised $6.6 million from EPIC Ventures, Pelion Venture Partners and Allegis Capital, with participation from Plus550.

Pursway, a provider of big data marketing analytics, closed a $7.2 million round of funding from Battery Ventures and Globespan Capital Partners.

Skyscanner, a search engine technology company, raised new funding from Sequoia Capital. The amount was undisclosed, but was described as " one of the largest investments in any company Sequoia Capital has made to date."

Quri, a retail analytics and intelligence company, raised $10 million in a Series B funding round led by Matrix Partners with participation from Catamount Ventures and Simon Equity Partners.

Varentec, a provider of power control solutions for the electric grid, closed $8 million in Series B funding from Bill Gates and Khosla Ventures.

Plenummedia, which provides a full suite of technology tools and services to help small and medium sized companies, raised $5 million from Seaya Ventures.

Tabbedout, an app that allows consumers to pay their bar tab from a mobile phone, closed $7.75 million in Series B funding from NEA, Heartland Payment Systems and Morgan Creek Capital.

Dataguise, a data security intelligence and protection solution, closed a $13 million Series B funding round led by Toba Capital with additional capital coming from the investment arm of a leading electronic conglomerate.

Wrike Corporation is headquartered in Silicon Valley, California. Wrike is the leading provider of on-demand project management software for small and midsize companies. Wrike is operated by a strong team of dedicated professionals who deliver passionate support™, application engineering and design, marketing and sales. Our stakeholders, employees and global partners share the commitment of helping companies worldwide to become more competitive by improving their project management practices with Wrike. We built Wrike with the understanding of how project management is executed in small and midsize businesses.

Our Mission is to deliver the best online service that will let you manage your business easily via email and the Web anytime, anywhere.

Our history
Wrike Corporation began with an idea that the way people collaborate on their projects and the way they manage them can be improved. We know that keeping plans and information in dozens of disconnected files and using complex project management tools can be a real challenge. That is why we decided to create agile, online project management software. The software is easy to use and lets people keep everything in one place. We wanted it to combine the benefits of email communication, simple project planning and online file sharing. Later on, the original idea transformed into what now is known as Wrike, the one-of-a-kind project management software that helps you manage you business via email and the Web.

After two years of extensive research and development, Wrike was released to go public in the summer of 2006. In 2007, Wrike's development resulted in phenomenal growth of its user base: now 8 times bigger than in the beginning of the year. Today Wrike is a dependable service that helps thousands of small and midsize companies all over the world be more competitive. We cover the entire world's time zones and have numerous devoted customers in the United States, Germany, Japan, Australia and many other countries. Each day more and more companies gain efficiency by making their project management easier with Wrike.

Started by three founders in 2001, Skyscanner is a small company based in Edinburgh with a big ambition to become the number one, online resource for travel information.

Traxo is the world’s most advanced personal travel organizer.

The free service automatically detects and aggregates travel information, including: itineraries, miles, points, and elite status, directly from over 200 different travel websites, and accepts travel confirmation emails from over 1,000 travel providers, organizing everything into a single, comprehensive travel dashboard  -- essentially a next-gen Tripit or Mint.com for travel.

Traxo users become part of a smart, savvy online travel community and are rewarded with rich and informed social travel experiences. Conceived by founders Andres Fabris, Andy Chen and Richard Pendergast, Traxo’s executive team is comprised of business veterans with years of industry experience at companies such as Sabre and Travelocity. 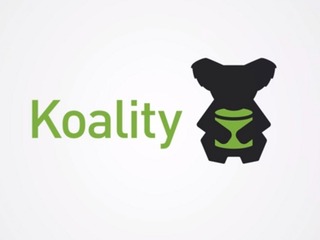 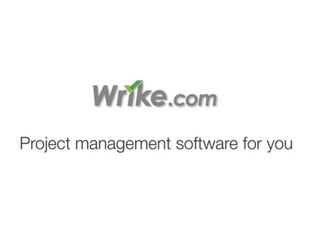 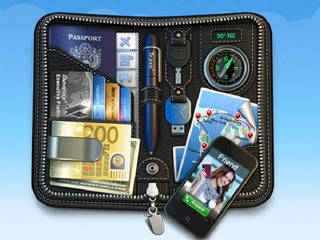